A former NRL star has been ordered to pay his ex-wife $500,000 amid a bitter legal fight that has just taken a dramatic turn.

A judge has ordered that Michael Jennings be referred to police and pay his former wife nearly $500,000 after a bitter court dispute in which she accused the former NRL star of sexually assaulting her during their marriage.

Mr Jennings’ ex-wife Kirra Wilden sued the former State of Origin representative in the NSW District Court, alleging that he abused her throughout their relationship.

She sought damages for personal injuries, including post-traumatic stress disorder, and during the course of the civil proceedings made allegations that he raped her four times between October 2014 and early 2016.

During his testimony, he said the sexual assaults never occurred and described the allegations as a “fabrication”.

He denied sexually assaulting her and said that if she does suffer PTSD, it was not because of him.

He was also ordered to pay her legal costs.

“It is plain that Ms Wilden has suffered enormous insult, humiliation, embarrassment and shame by the conduct of Mr Jennings, and that ought to be reflected in an award of damages,” Judge Wilson said. Judge Wilson also ordered that the matter be referred to NSW Police for investigation.

“The fifth order is a referral of the matter to the police which I consider myself duty-bound to do,” Judge Wilson said.

Mr Jennings’ barrister Michelle Campbell told Justice Wilson she did not think it was “appropriate in the circumstances” for her client to be referred to the police.

“It’s a civil matter, the evidence before the court with respect, in my view, will not reach the criminal standard,” Ms Campbell said.

“However, I note your honour’s comment that he is duty bound to make the referral.”

“I intend to make the order that the judicial registrar refer this judgment and the transcript of proceedings to the NSW Police for investigation and consideration for criminal proceedings.”

During the lawsuit, Ms Wilden had to prove her case on the “balance of probabilities”, which is less than the criminal burden of “beyond a reasonable doubt”.

“She made every attempt to answer questions asked of her in a forthright manner, even where some of the questions were unclear and confusing. There was a consistency to her evidence which made it credible.” 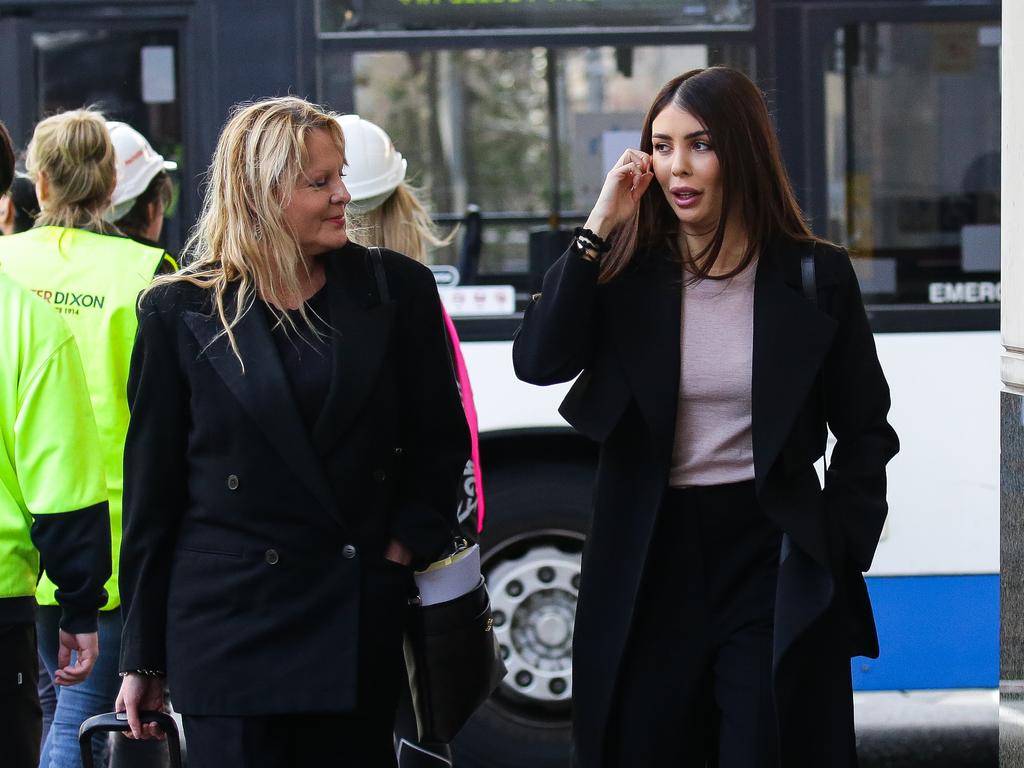 She testified that the first assault occurred in October 2014 after he came home in the early morning drunk and she found him at the front door on his hands and knees.

She described the alleged assault during her evidence, saying that he had sex with her after she had said “no” and afterwards she sat in the shower feeling “violated and disgusting”.

She told the court that at the time she did not consider it rape because she thought it was her “duty” to have sex with him.

“Ms Wilden also felt ashamed and said she would have been embarrassed if her family had found out about the fact she was being sexually assaulted by Mr Jennings,” Judge Wilson said.

Judge Wilson said all four alleged sexual assaults occurred while he was drunk and on three of the occasions he called her a “slut” and accused her of sleeping with other men. The court was previously read a text exchange between the pair from New Year’s Eve 2013 in which Ms Wilden described an incident in which she claimed Mr Jennings got drunk, punched a car, set his leg hair on fire and volleyed an expletive-laden tirade at her.

Mr Jennings’ defence had claimed that portions of the 47,000 text messages exchanged between the pair did not support her allegation of sexual assault.

The texts show she took Mr Jennings to task over drinking, drug use, cheating and other things – but never the alleged assaults, Ms Campbell said.

Mr Jennings admitted to the court that he consumed cocaine on four occasions – during Mad Monday celebrations with teammates in 2013, 2014, 2015 and 2016.

The court was told he received a first strike under the NRL’s illicit drugs policy after testing positive to cocaine following end-of-season celebrations with Parramatta teammates in 2016.

In exchange for his testimony, Mr Jennings was issued a certificate from Judge Wilson that protects him from prosecution in relation to his drug use.

Mr Jennings was in October handed a three-year suspension by the NRL after testing positive to banned substances Ibutamoren and Ligandrol.

In May, he agreed to part ways with Parramatta despite having 18 months left on his contract.