Rugby league in country NSW is dying and historic clubs are collapsing. But instead of helping, the NRL and NSWRL are throwing cash at a pointless, expensive legal row, writes PHIL ROTHFIELD.

Lawyer fees were ticking over like a taxi metre in the NSW Supreme Court on Thursday as tens of thousands of dollars that could have saved bush footy clubs went into the pockets of barristers.

The NSWRL, responsible for all competitions and participation across the state, is embroiled in an expensive legal row with the NRL over their recent board elections that were deemed invalid.

All this is happening while struggling clubs from traditional rugby league towns across NSW are either dying or in desperate need of financial assistance. The Bellingen Magpies have already been lost, unable to field a first grade side.

You blame the floods, the AFL invasion into traditional rugby league strongholds or the visa issues preventing Fijian recruits from entering the country to bolster clubs that are struggling for numbers.

But this all comes back to the NSWRL administration.

They have taken their eye off the ball, too busy trying to protect their own interests rather than fixing the issues that have led to a sharp decline over the last decade.

Losing a rugby league team is a huge social impact on these towns.

Five years ago I travelled to Boggabilla in far northwest NSW, a town that had one of the state’s highest crime and unemployment rates until rugby league came along.

“The kids who used to be wandering around and roaming the streets are now coming to training to kick a footy around,” said the club president Peter Rice.

“The rugby league team united the town and brought everyone together like we’ve never witnessed before.

“We’ve got boys here who have been in trouble. Drugs, theft and all that stuff. The Macintyre Warriors from Boggabilla gave hope to a town.. Pic Nathan Edwards

Just like the Guyra Super Spuds, who were supposed to be celebrating their 100th anniversary this year.

The message is there on their Facebook page: “Unfortunately, despite countless hours of work over the summer to provide the players with an opportunity to represent Guyra in our biggest milestone season, they have failed to get involved in sufficient numbers. So, instead of celebrating 100 years of rugby league, the club will be folding. This is probably the end of senior rugby league in Guyra.”

And the only winner out of this mess is the lawyers.

Junee Diesels – one of country rugby league’s most famous teams – has collapsed.

In a sad day for the Riverina railway town, Group 9 officials this week revealed Junee’s first grade side would be excluded for the rest of this year due to a lack of numbers.

Founded in 1926, Junee has produced a number of NRL players including former Test and NSW captain Laurie Daley along with Jason Lidden, Adam Perry and Michael Dobson. The Diesels home ground is named after Daley.

Group 9 desperately hopes the Diesels can regroup, strengthen and revive the club’s famous blue and gold colours in 2023 – but, for now, the first grade side has been suspended.

Junee’s demise is another blow to the prosperity and future of bush footy. Diesels officials wouldn’t risk the welfare of younger players by forcing them to play above their age in order to field a side in a hardened bush competition. 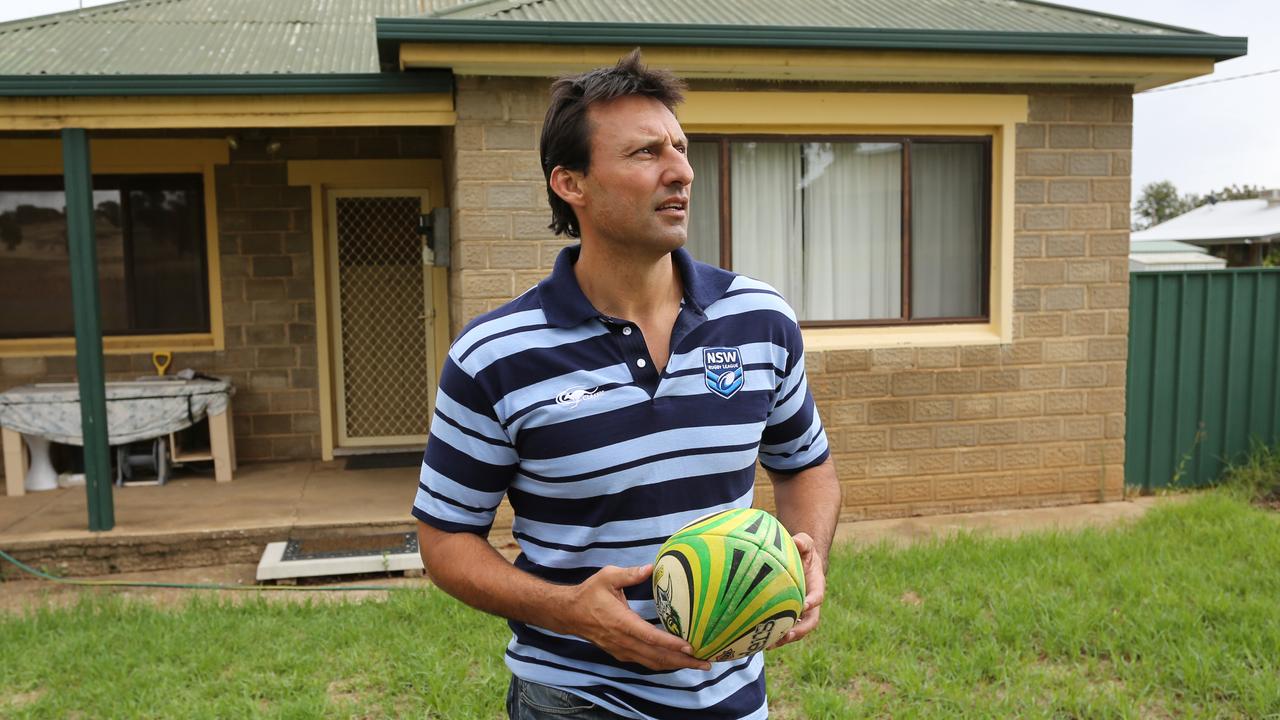 Laurie Daley grew up playing for the Junee Diesels before joining the Canberra Raiders.

“It’s terribly sad news when you see a team with so much history — a team that means so much to you — fold,” Daley said.

“The Diesels are a famous old club. It’s a real community-club which brings people together. It is something the locals talk about and follow.

“The club has struggled with numbers over the last couple of years and that is a challenge for all sports at the moment, particularly in regional areas.

“The club has always had a strong junior league so we can just hope those young players can come through and be available for first grade next year.”

Daley won three premierships with Canberra, Perry was part of the Bulldogs side which claimed the 2004 grand final, Lidden played for Wests, Penrith and Canterbury, while Dobson is a former Raider and Newcastle Knight who also represented Catalans, Wigan, Hull KR and Salford in England. 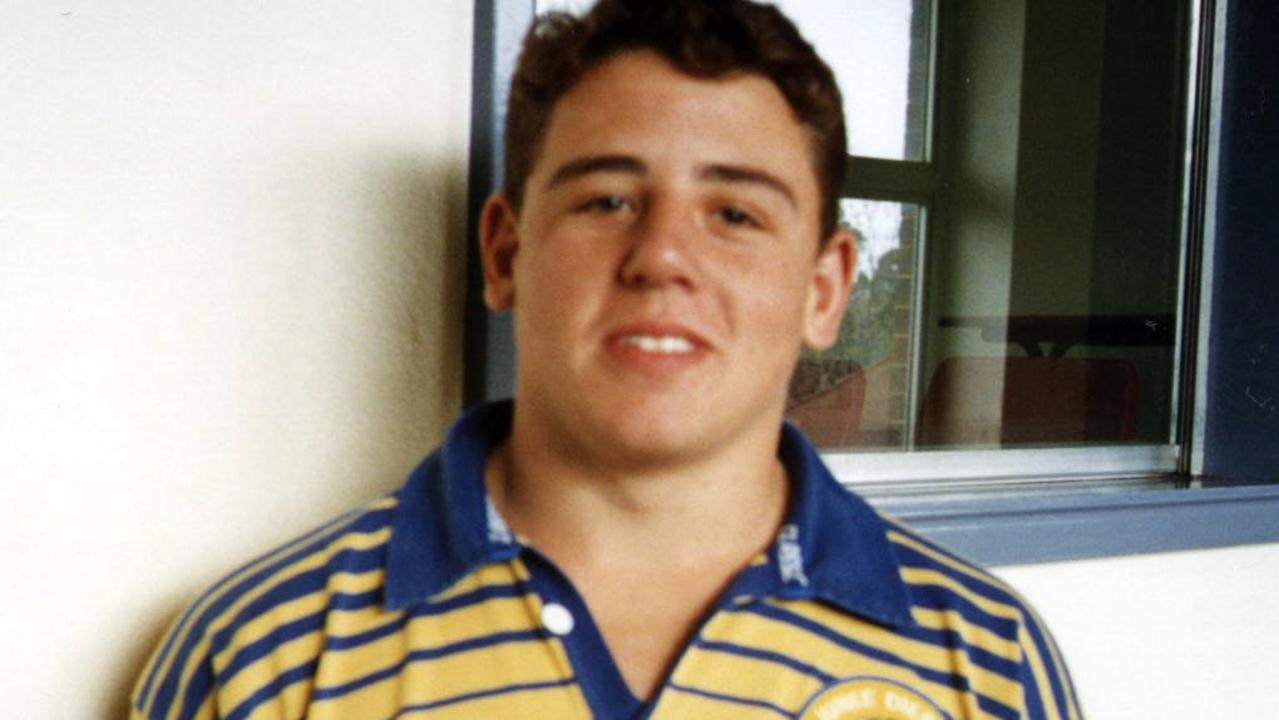 Junee’s last first grade premiership was in 1986 when a 17-year old Daley inspired his town to a narrow grand final win over Young.

The Diesels forfeited its round one game last weekend against Wagga-based South City Bulls. The Group 9 first grade competition has now been reduced to eight teams for 2022.

“It’s heartbreaking for the town,” said Scott Duncan, a lifelong Diesels fan and best man at Daley’s wedding. “The Diesels have such a long and proud history in bush footy. There’s been so many great players – none greater than Laurie – who have worn the club’s colours in first grade.

Junee will retain its four lower grades – under 16s, 18’s league tag and reserve grade – for this year.

“Junee’s first grade team has been suspended from the first grade competition for the remainder of the year,” said Group 9 director, Bob Hay. “They don’t have sufficient players but we are still allowing them to play with the lower grades.

“The club made its own statement about a duty of care. They don’t have the calibre of players who can play first grade. We had to make a tough call for the benefit of all the other clubs. Junee is a big part of Group 9 and a healthy Junee means a healthy competition.”

A year after Junee’s 1986 grand final win, Daley progressed into the Canberra first grade squad – coached by Furner - and sat on the bench in the Raiders 18-8 grand final loss to Manly in what would be the final decider at the SCG.