New Bulldogs coach Mick Potter opens up on a heart-to-heart team meeting where he laid down the law to some of his wayward stars, writes Paul Crawley.

New Bulldogs coach Mick Potter has opened up about an honesty session he had with the team on Monday, where he challenged the struggling side with the NRL’s worst discipline to play “within the rules”.

It comes as Canterbury prepares for Sunday’s return to the club’s spiritual home at Belmore, that is expected to be a sellout when they take on the Dragons.

But while Potter says he’d love to see the Dogs back playing at Belmore on a more regular basis, he conceded the biggest issue confronting the players was getting their discipline in order — so they at least give themselves a chance to win some games.

Fox Sports Stats shows that the Bulldogs have conceded the equal most infringements of any team this year along with Manly, with a total of 107. 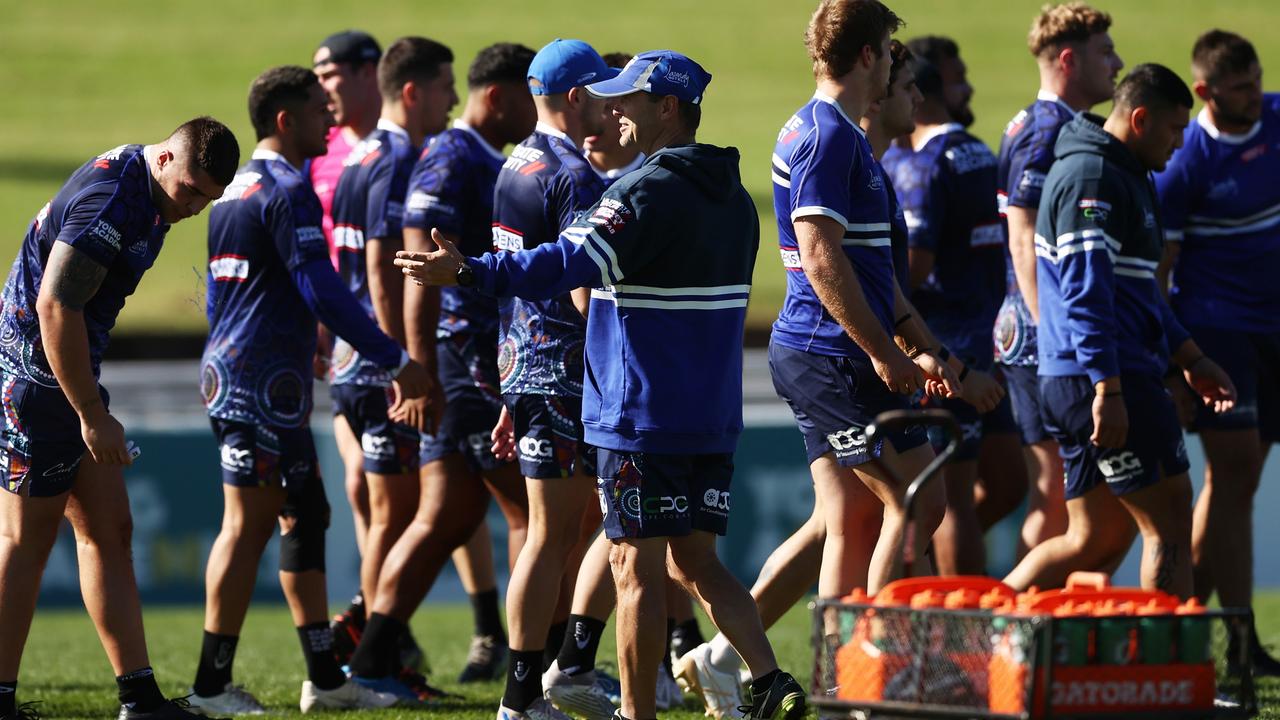 That comes from 74 penalties and 33 set restarts.

To put it in perspective Parramatta has the best record with a total of 65 from 49 penalties and 16 six agains.

But whereas Trent Barrett would often complain about the fact the Dogs copped a hard time from the whistle blowers, Potter’s taking a different approach.

“You’ve got to do those selfless acts,” Potter said, after watching the Dogs finish on the wrong side of an 11-4 penalty count in his first game in charge in the 36-22 loss to Wests Tigers.

Asked if fixing the discipline was the biggest challenge he has to confront, Potter didn’t hide from the obvious: “Well, we are the worst in penalties and six to goes in the comp, so I’d say yes.

“It gives us a chance to do more attack if we are not giving the ball to the other team.

“The discipline is probably paramount to the change we have to make.

“We can’t surrender the ball and give penalties away. It just makes it too hard.”

Asked how he can help change it, he said: “We spoke about that this morning.

“It is awareness of tackle counts, and how important it is to not go to the nth degree to either slow the ruck down, or make sure the referee knows you are trying to get out.

“Whatever it is, it is real important that we don’t march the other team down the field.” 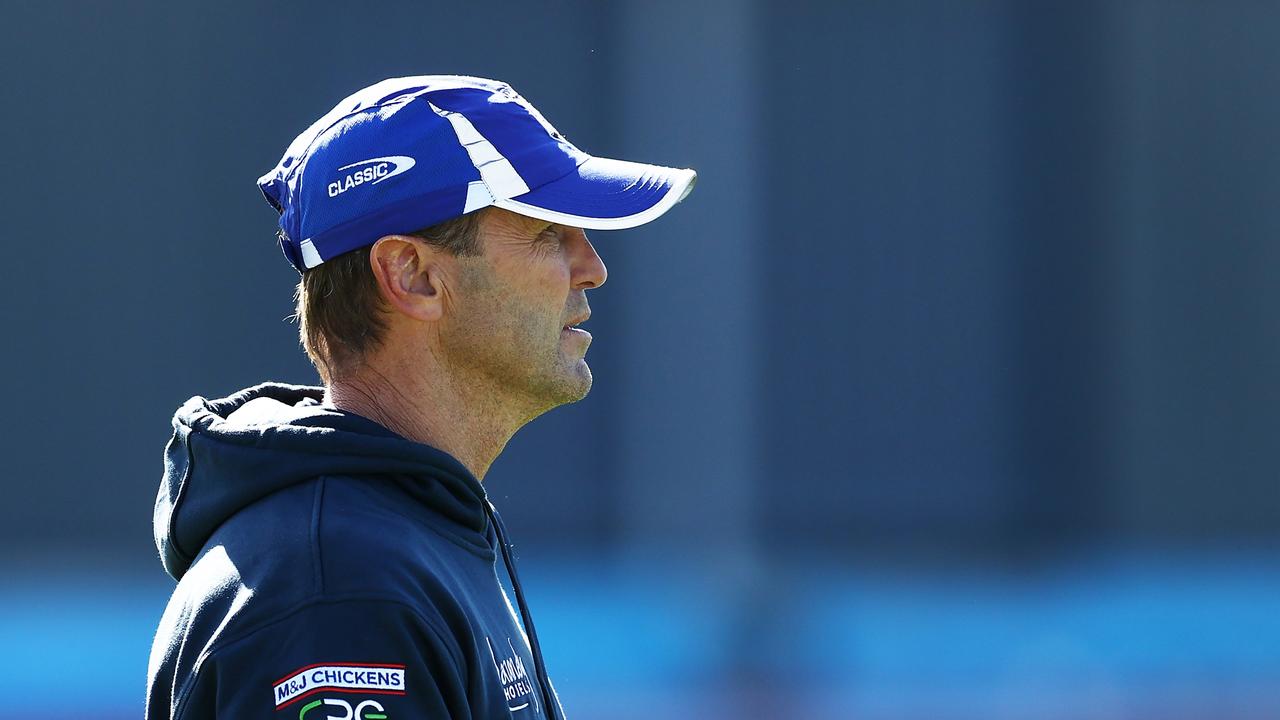 After such a forgettable season so far Potter is confident the return to Belmore will give the players extra motivation.

Though since 2015 the have a shocking record at Belmore, only winning two of nine games, the last being against the Knights in round 18 of 2017. Before that it was round 16 in 2015 against Melbourne.

Potter wishes the Dogs could make Belmore their permanent playing base: “I think so. I think playing externally is counter-productive.

“And if you look at Leichhardt Oval on Friday night, do you think there would have been a couple of things that wouldn’t have gone the opposition’s way if the crowd wasn’t chanting ridiculous things?

“I am not sure they influence but they certainly build some pressure on the officials.”

He said everyone at the club was looking forward to this weekend’s return.

“I think being at Belmore is a great incentive,” he continued.

“To come back to those community grounds is fantastic.

“What we need is to do the right thing with the ball and when we haven’t got the ball.

“Stay within the rules.” 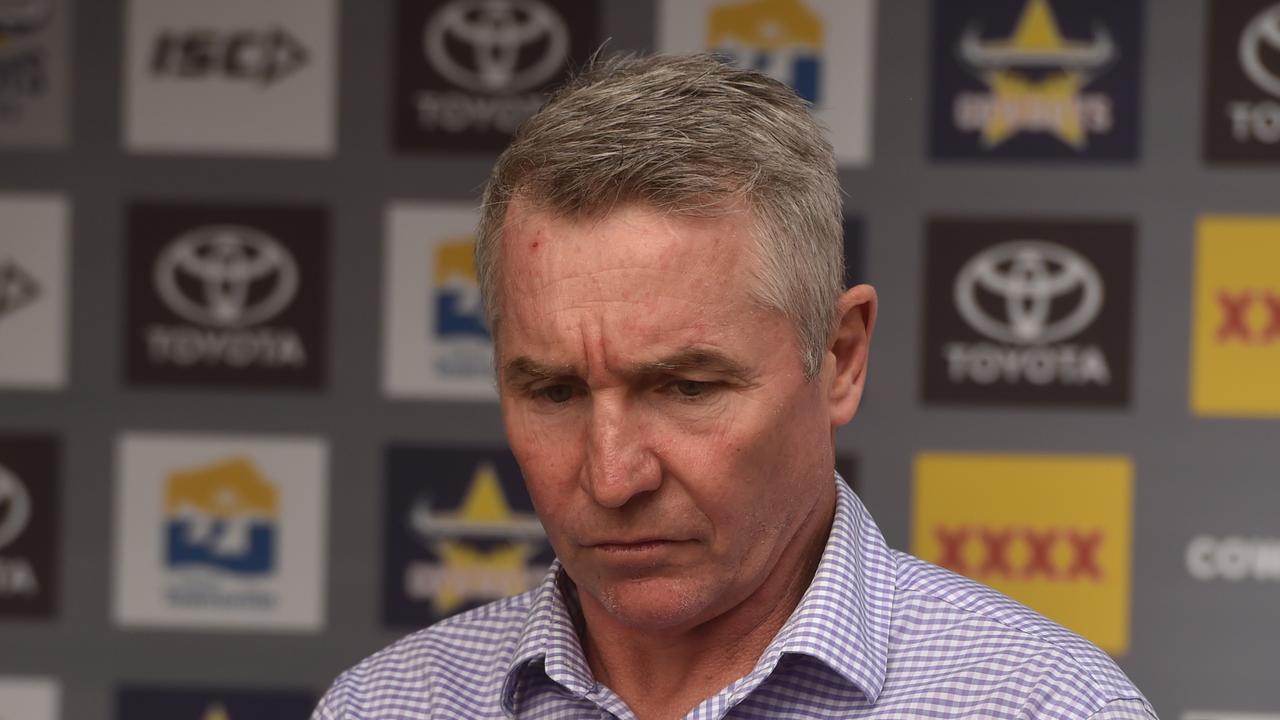 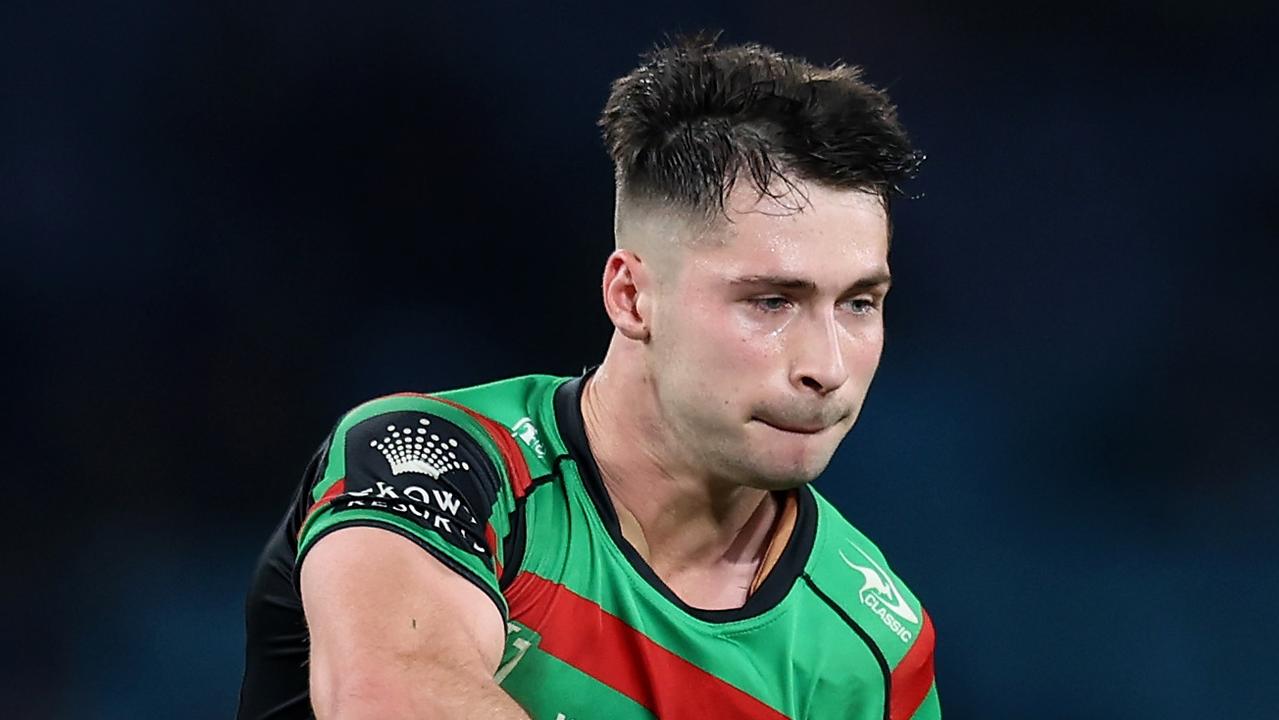