Every January the Australian Open is the biggest show on earth and the television rights don’t come cheaply. Insiders say Ash Barty’s exit will tear shreds off their value.

NRL players are to be reminded about the use of mobile phones in dressing rooms prior to games.

The Fox Sports cameras caught Wests Tigers centre James Roberts on his mobile in the sheds before Friday night’s match against the Warriors.

Even after he was ruled out with a thigh injury, the rules clearly state no player can have a phone in the dressing rooms.

This is a rule in all major sport to protect the integrity of games around sports betting.

Players have had to comply with a raft of Covid restrictions and protocols in recent years so the NRL won’t be making a big deal of the Roberts incident.

However, head of football Graham Annesley will no doubt be sending an email to the 16 clubs on Monday morning as a reminder of the phone ban 60 minutes before kick-off for every game. James Roberts on his mobile in the Wests Tigers dressing room

Paul Gallen’s next fight won’t be against Sonny Bill Williams, the one we’ve all been waiting for. We’re hearing he’ll step into the ring against former Wests Tigers front-rower Russell Packer in his next bout as a tune-up for SBW. 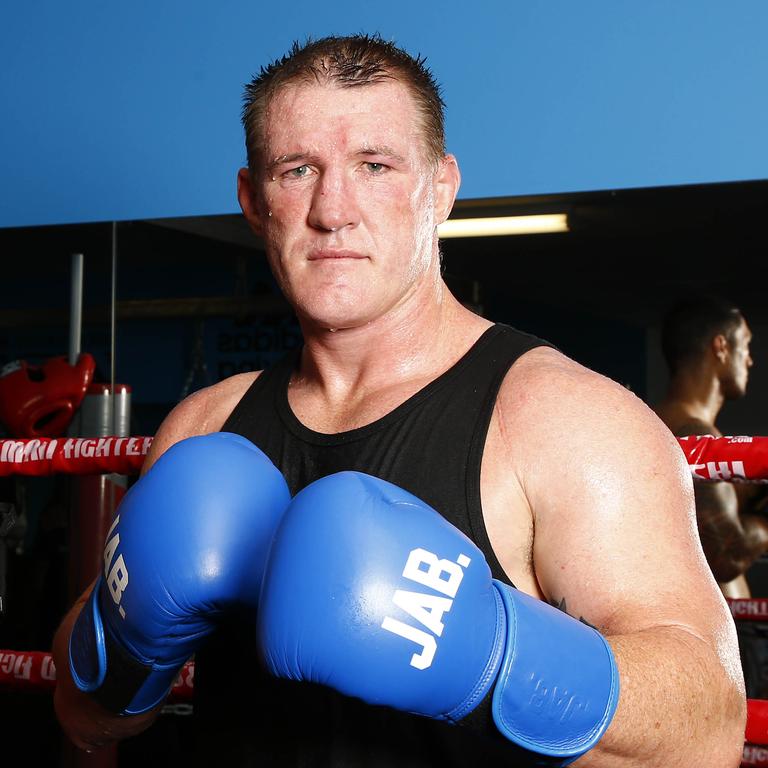 Paul Gallen is lining up a fight with Russell Packer. Picture: Tertius Pickard

On Friday night however in the battle of Latrell against Buddy it was a victory for the Sydney Swans’ 1000-goal hero in the television ratings and crowd size.

The Roosters v Souths at Accor Stadium attracted 18,254 while back in the city double that (36,578) were there to watch Buddy Franklin’s historic goal and a pitch invasion in some of the most remarkable scenes we’ve ever seen at the famous old ground.

In our lounge rooms it was also an AFL victory.

In fairness to the NRL, it’s not every weekend they are competing against such a significant moment in sporting history.

The theatre of sport gets no better .. ever ðŸ™Œ ðŸ’ªðŸ‘ðŸ‘#Buddy1000pic.twitter.com/rLiNDrNkZB

You’ve got to admire a person who can put happiness and home life ahead of tens of millions of dollars in potential future earnings. It says a lot about tennis superstar Ash Barty and her decision to give away life living out of a suitcase on the world tour to enjoy the pleasures of a more simple and stress-free existence.

Charging TV viewers $50 to watch the rubbish served up on Stan on Wednesday night, although no fault of Sonny Bill Williams, is a shocking blow for the image and credibility of Australian boxing that has been established so proudly by champions George Kambosos, Jeff Horn and Tim Tszyu in recent years. The departure of Australia’s most popular athlete, Ash Barty, is certain to leave a huge hole in the Australian Open. Picture: David aird

Channel 9 is paying $60 million a year for the two weeks of the Australian Open every January. TV insiders suggest the value has dropped by at least $10 million following the retirement of the country’s most popular athlete, Ash Barty.

Which UK Super League is chasing former NSW Blues Origin winger Blake Ferguson on a deal worth $200,000-a-year, a lot more than he is getting paid by the Thirlmere Roosters in bush footy.

Which two St George-Illawarra forwards are being shopped by coach Anthony Griffin to rival NRL clubs for either immediate transfers or next season?

You’ve got to wonder why the State government has spent $30 million on a new high-performance centre at Brookvale Oval for the Manly Sea Eagles when most of their outdoor training will be done back at Narrabeen for the extra space and to protect the playing surface at Brookie. The Canterbury Bulldogs have made former club powerbroker Arthur Coorey a life member. This is a wonderful recognition for a man who was as influential as legendary chief executive Peter Moore at the Bulldogs during their domination of the competition with six premierships between 1980 and 2004.

Which NRL scribe had his credit card rejected at a Woolworths store on Sydney’s northern beaches and had to borrow cash from his dad to pay for the groceries.

Erin Molan will make her hosting debut on Sky News on Sunday night, filling in for the great Sharri Markson. Guests will include the PM ScoMo and sporting commentators Sarah Jones and Jaimee Rogers.

Boom front-rower Payne Haas has made a significant move to sort out his long-term NRL future at the Brisbane Broncos by signing up with a new player agent.

As first reported in this column, Haas has ditched his long-time managers Chris and Gavin Orr and is challenging the brothers in court over issues while he was under their management.

The 22-year-old front-rower has now joined the stable of former NRL player Tyran Smith, the father of Storm centre Remis Smith and agents to a host of stars including Addin Fonua-Blake, Dallin Watene Zelezniak and Sharks powerhouse Siosifa Talakai.

This would indicate he will encourage Haas to test out the open market before agreeing to the six-year ($6 million) offer that the Broncos board has approved. 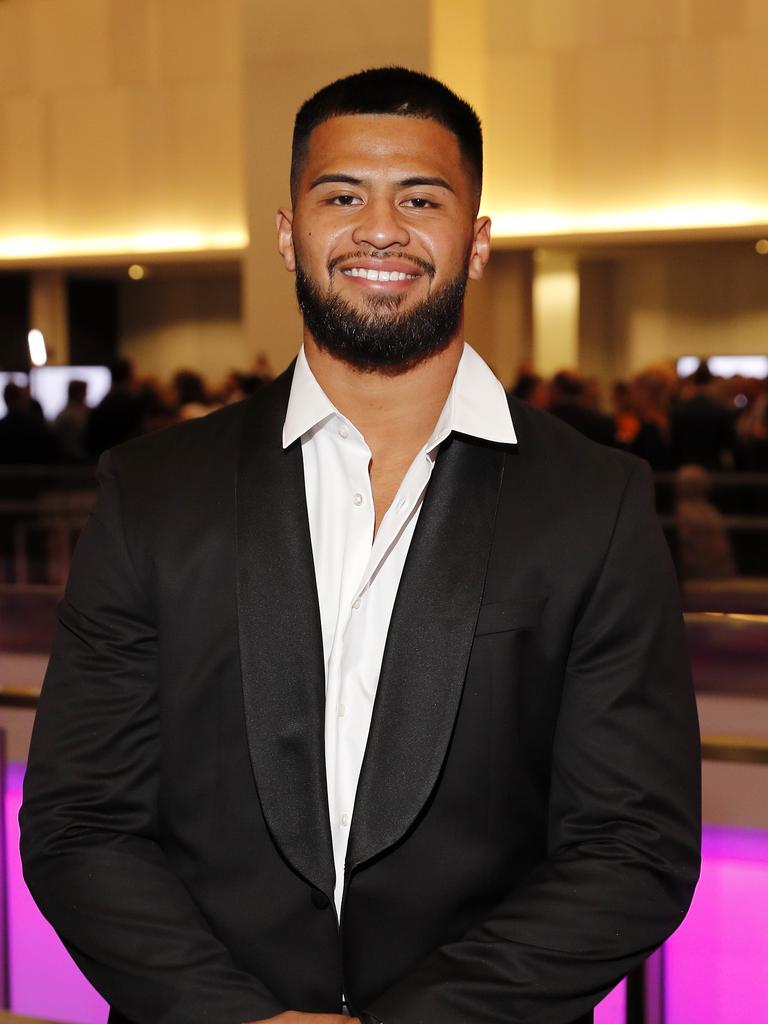 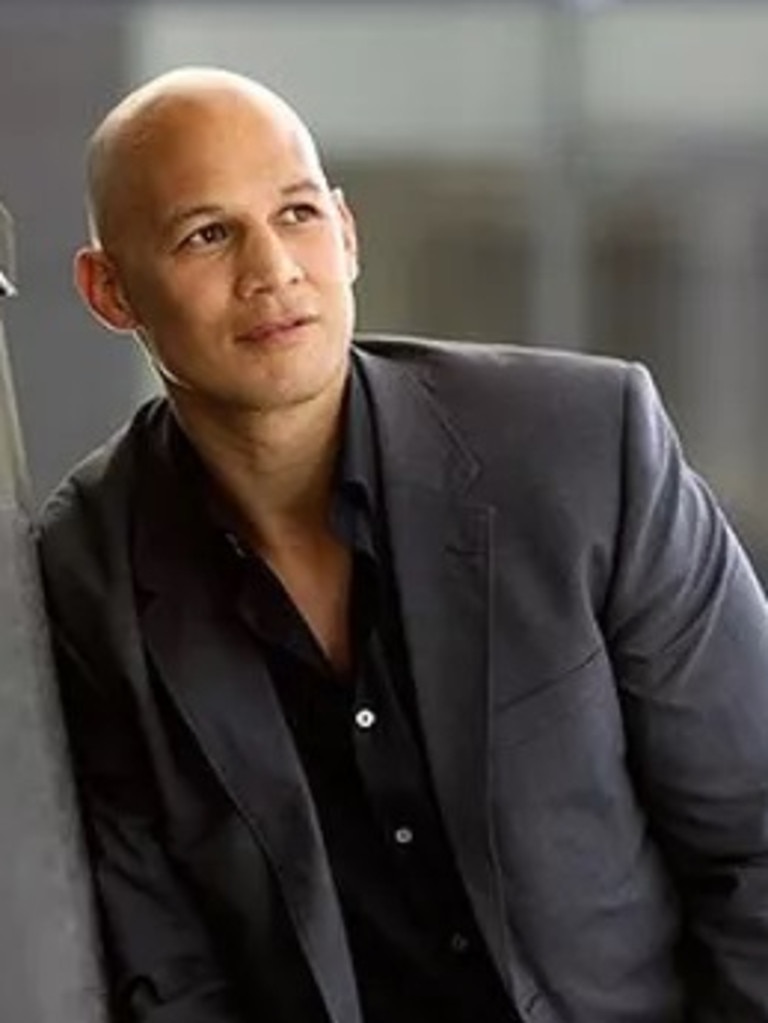 Smith has already spoken to Broncos general manager of football Ben Ikin but it was more of an introductory meeting rather than contract negotiations.

“All that contract sort of stuff will sort itself out eventually,” he said, “I am putting that to one side and I want to play the best football I can for my teammates and the Broncos.”

Many believe, as one of the top three front-rowers in the competition, that he is realistically worth $1 million a season.

It’s interesting that his new agent is close to Sonny Bill Williams and his manager Khoder Nasser who have strong connections to Roosters boss Nick Politis and coach Trent Robinson.

There is more drama behind the scenes at the Wests Tigers amongst the playing group.

A number of players are not happy around a comment injured team-mate Adam Doueihi made after last weekend’s loss to the Knights.

It was all about his quote “it had that look of boys not putting in”, which appeared in Nine newspapers.

“The lack of effort. It’s easy for me to say from the sideline and not being out there, but that look of boys not putting in, it’s not a good look to have. 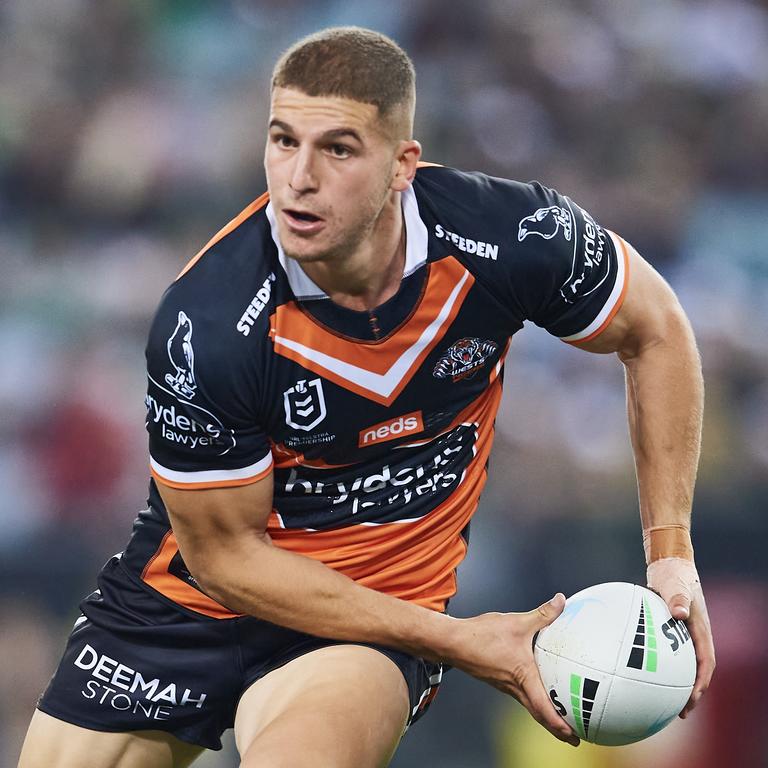 “It was a disappointing performance. We’ve played against two understrength teams now, and we probably should have won them both.”

Wests Tigers director of football Tim Sheens has refrained from criticising the players and the coach despite three straight losses and was also disappointed by Doueihi’s comments.

The club had no luck against the Warriors on Friday night, denied what appeared to be a fair Luciano Leilua try that the referee did not even check with the bunker.

Stories about footy players like Aiden Tolman never get many clicks or online traffic.

He is too nice a bloke. There is never any scandal or controversy.

Next weekend the Cronulla Sharks veteran will play his 300th NRL game, a magnificent achievement for such a wholehearted competitor who plays in the front-row, the most demanding position of them all.

He has survived 15 seasons after leaving his sleepy coastal hometown of Hat Head (population under 400) on the NSW mid north coast for the bright lights of Melbourne from where he launched his career at Storm under Craig Bellamy in 2008.

“I was devastated when he left Storm when we had the salary cap issues,” Bellamy said. 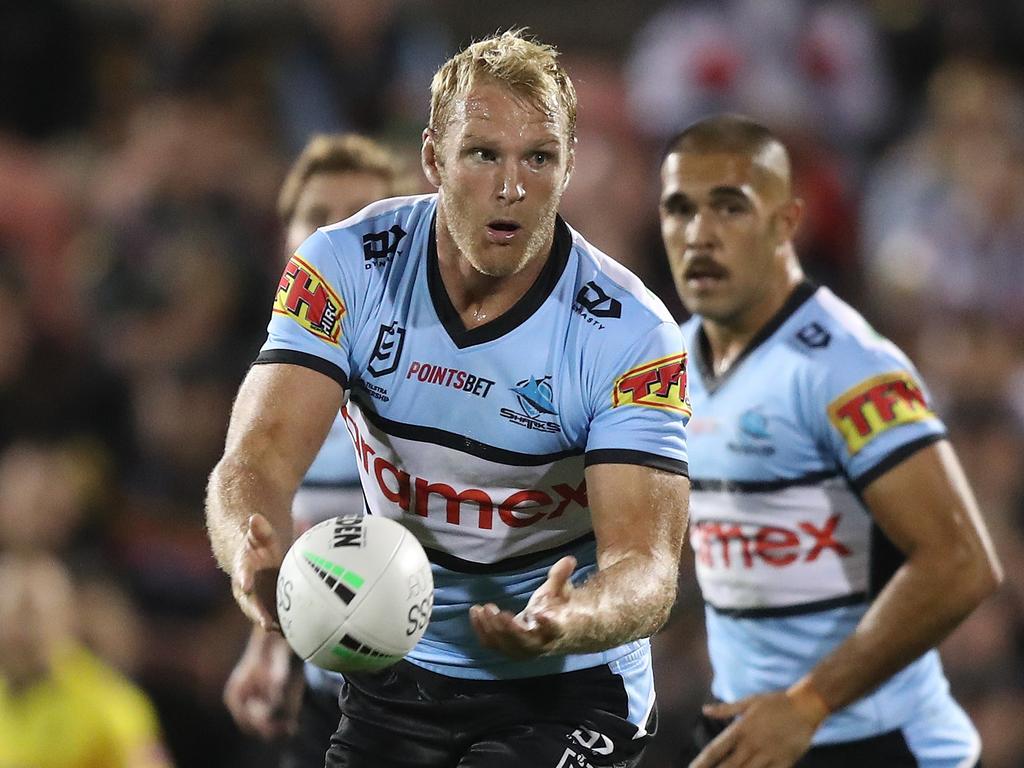 Aiden Tolman will pay his 300th game on Sunday.

“He’s smallish for a front-rower and he never had the best offload, he was never the quickest but he was tough and he knew his role.

“His strength was his consistency. There was never much difference in his best and worst games. Just so reliable.”

“I knew I was getting an absolute professional,” Fitzgibbon said.

“While we were in the Covid hub in Queensland last year I was talking to Des Hasler, who signed him at Canterbury. Dessie spoke so highly of him.

“Dale (Finucane) and Cam (McInnes) get all the wraps around their professionalism around the club and Aiden is exactly the same.

“He’s a genuinely good person and such an honourable man.”