The Cowboys were missing their Origin young guns but they didn’t show it when they blew the Dragons away early before defending like demons to notch their 10th win of the season.

Cowboys wrecking ball Jason Taumalolo was an unstoppable force but a suspected ACL injury to rising star Heilum Luki soured a vital 31-12 win over a dismal Dragons in Townsville.

North Queensland, without Maroons stars Jeremiah Nanai and Reuben Cotter, dazzled early and then defended like demons on their way to an eighth win out of their past nine starts in Valentine Holmes’s 150th NRL game.

The Luki injury was a cruel blow for the 21-year-old back-rower who has been enjoying a breakout season. “He is definitely going for scans but it doesn’t look great,” Cowboys coach Todd Payten said.

The clash also doubled as a shootout between Cowboys wingers Murray Taulagi and Hamiso Tabuai-Fidow for the Maroons vacant wing spot in the wake of a syndesmosis injury to Xavier Coates in Queensland’s 16-10 win on Wednesday night.

Both wingers were outstanding, with Taulagi scoring his ninth try of the season after a careless flick pass by Dragons centre Zac Lomax which summed up the ill-discipline of the visitors. Scott Drinkwater scored the opening try for the Cowboys against the Dragons. Picture: Ian Hitchcock/Getty Images

“We were just really messy,” Dragons coach Anthony Griffin said. “We did a good job on ourselves, without them helping.”

Red-hot Cowboys fullback Scott Drinkwater sliced through to score after a wonder one-handed offload by big prop Coen Hess. Drinkwater then laid on a cracker for Peta Hiku with a superb left-foot grubber and the hosts led 12-0 in as many minutes.

The Dragons had no answers on a night where they unleashed lower-grade tryscoring machine Jonathon Reuben for his NRL debut at 29 years and 92 days, the oldest debutant in the NRL era.

Reuben was one of his side’s best on what could be a costly night for St George Illawarra after forward Jack Bird was put on report for a hip drop on Cowboys prop Jordan McLean.

The Cowboys, who led 20-6 at the break, have conceded just 48 second-half points in 14 NRL games this year. Hooker Reece Robson, one of North Queensland’s best, put on some massive hits on bigger men to showcase his team’s all-round defensive steel. 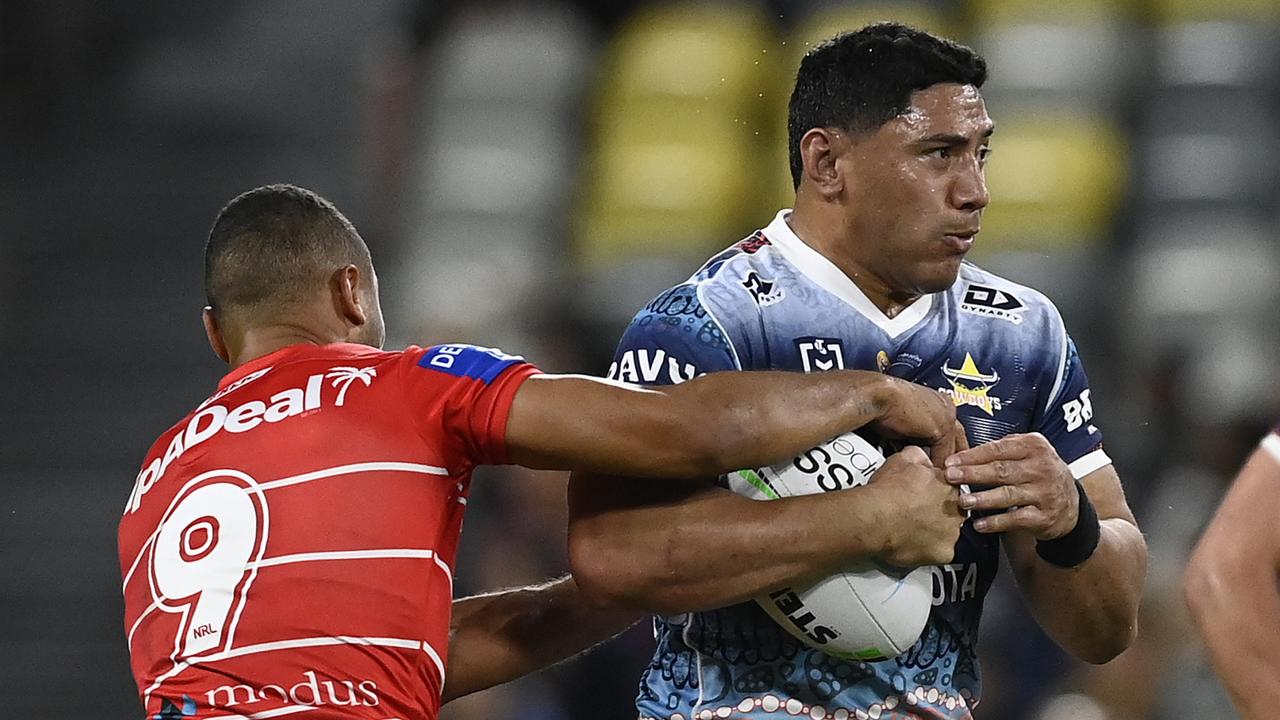 Co-captain Taumalolo, who ran for 191m, is in the kind of form that inspired the Cowboys to 2015 premiership glory. He rampaged through the middle of the Dragons defence in one memorable line break.

That was no surprise, but his deft pass to send Griffin Neame into space, and ultimately Robson in to score, showcased a valuable extra string that he has added to his bow.

Taumalolo’s leadership is inspiring the likes of Hess, Neame and Tom Gilbert and he has been supported superbly by former Australian prop Jordan McLean who has rediscovered his mojo.

“Last year was a bit of a wake-up call for not only myself, but the rest of the squad,” Taumalolo told Channel Nine. “We are really holding each other acc​ountable.

“To be up here on the ladder where we are takes a lot of hard work.

“There is still a lot of room for improvement. It wasn’t pretty ... but our game is based off how we defend and how much we want to defend our try line. Tonight was no different. It is still a bit disappointing letting 12 points in.”

Holmes is where the heart is. The 2016 premiership winner was adamant he wanted to line up in his 150th NRL game after starring for the Maroons on Wednesday night.

Coach Todd Payten granted his wish and Holmes, wearing number 23 on his back, was all class in attack and defence. 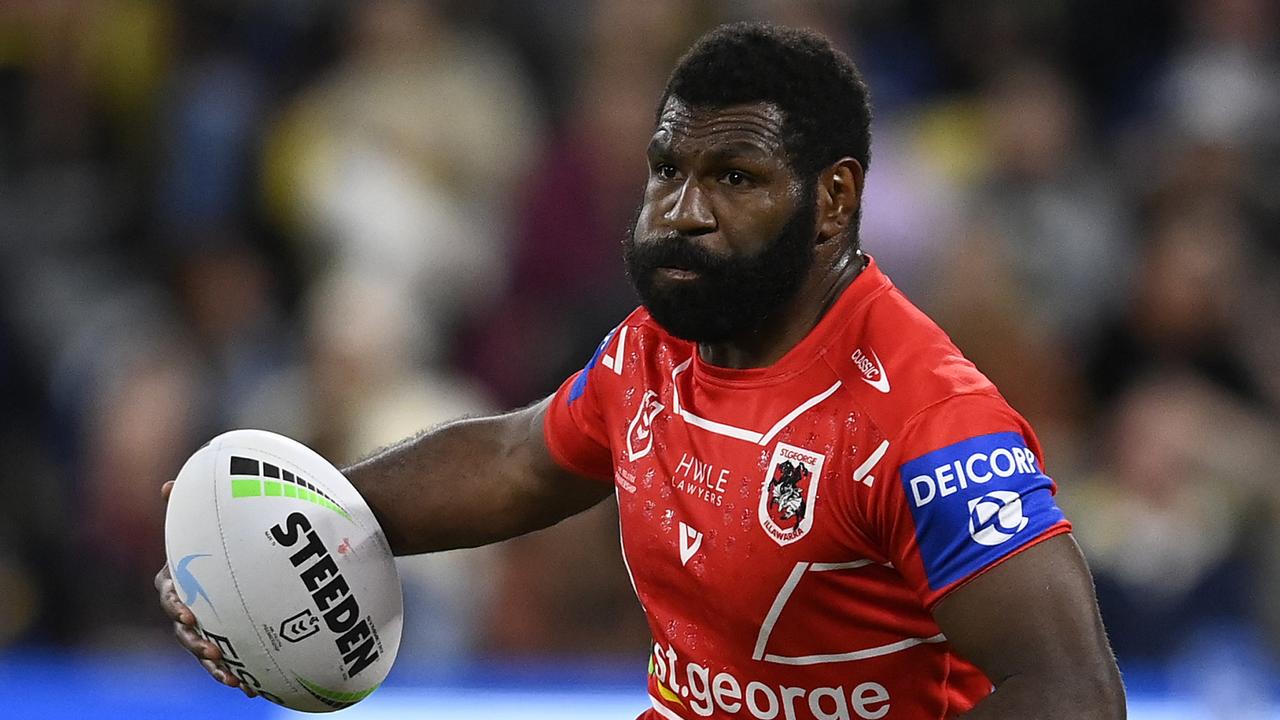 Jonathon Reuben was one of the Dragons’ best on his NRL debut. Picture: Ian Hitchcock/Getty Images

Coaching carousel: Why chase the next ‘big thing’?RLPA’s $30m victory over NRL in pay talks

Reuben, who hails from Townsville, received a warm cheer from the crowd on his first touch and showcased some of his superb skill with a silky intercept and a slick chip and chase.

The veteran, who had previously scored 108 tries in 109 Queensland Cup games, showed up his more decorated teammates who fluffed their lines when a win would have taken them into the top eight. They never looked like it.