The shake-up of the Eels’ roster continues, with an experienced centre to join the exodus from the club at the end of the season.

Tom Opacic has become the latest player to quit Parramatta, with the Eels centre inking a $500,000 deal with Hull KR.

News Corp can reveal former Broncos utility Opacic has agreed terms on a three-year deal with the English Super League outfit and will head abroad at season’s end.

While Parramatta teammate Ryan Matterson has remained loyal, rejecting a four-year deal from the Dolphins, Opacic will be part of the Eels’ exodus for 2023.

The Eels have already been rocked by a series of forward departures headlined by Isaiah Papali’i (Tigers), Marata Niukore (Warriors), Oregon Kaufusi (Cronulla) and Reed Mahoney (Bulldogs) and now Opacic is headed for the blue-and-gold exits.

Parramatta were keen to keep Opacic, tabling a one-year extension worth around $150,000, but the 27-year-old could not resist the security of a three-year package from Hull KR. Opacic made his debut for the Broncos in 2016 and also had a stint with the Cowboys before linking with the Eels last year. The veteran of 73 NRL matches has established himself in Parramatta’s backline as a solid defensive centre and handy support player.

Opacic will join a number of Australians at Hull KR, who have Lachlan Coote, Matt Parcell, Shaun Kenny-Dowall, Korbin Sims and former Eels utility Brad Takairangi on their books.

Raiders move to lock in late-bloomer

The NRL’s very-own Steven Bradbury is about to be rewarded for his stunning rise to first grade.

Such has been the late-bloomer’s impressive rise, the Raiders will meet this week to commence negotiations on re-signing the son of long-serving Canberra hooker Simon Woolford.

“We‘ve scheduled a meeting with Zac’s management to start that process,’’ Raiders CEO Don Furner said. “We’re all on the same page that we want Zac to stay in Canberra — and we’re confident Zac wants to also stay.’’ 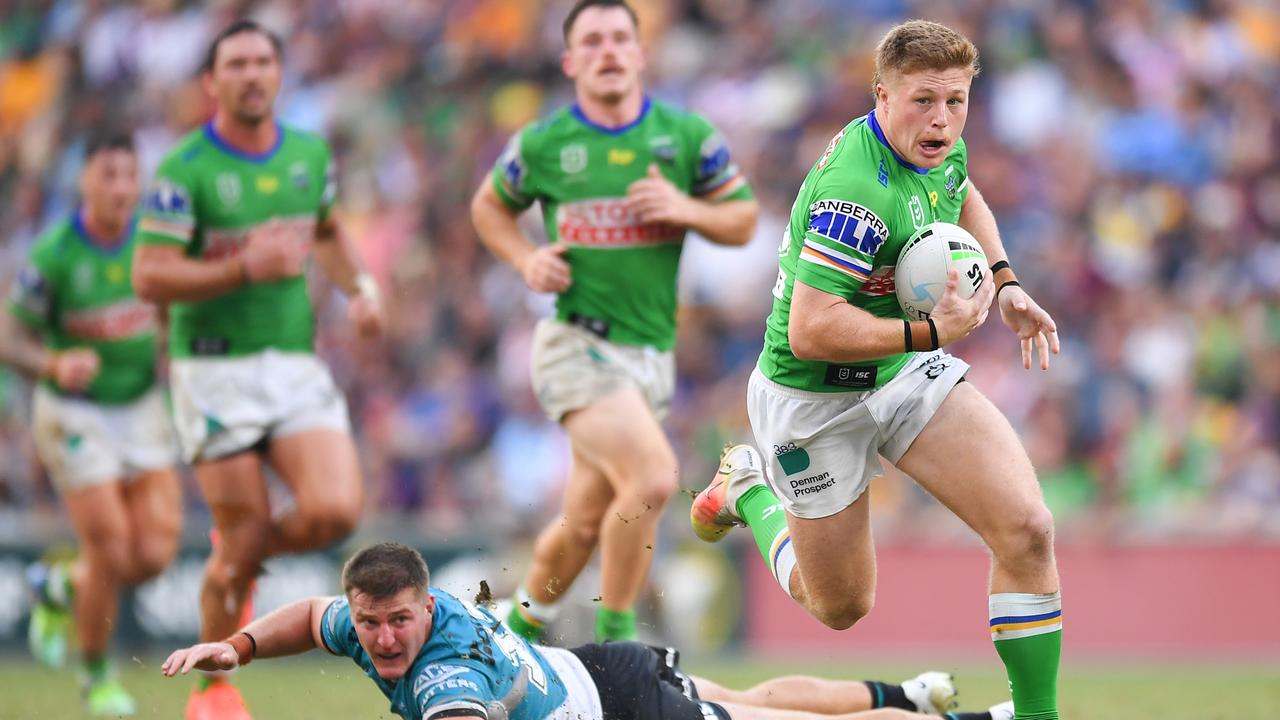 Woolford’s ability to work as a one-two punch with fellow dummy-half Tom Starling, while holding his own in first grade has proven critical for the Raiders, who prior to his round-10 debut, were stretched for dummy-half options.

A season-ending knee injury to Josh Hodgson had forced Stuart to rely on Starling and backrower Adam Elliott at dummy-half, before Woolford emerged.

Such was the stress within the Canberra hierarchy, they considered signing under-utilised Wests Tigers dummy-half Jacob Liddle mid-season.

Woolford played a total of 83 NSW Cup games since 2017, with previous stints at the Bulldogs, Knights and Newtown Jets.

Woolford only joined the Raiders from the Jets a few weeks ago after being recruited to bolster their depth at dummy-half.

What Tigers can do with $750k if Peachey walks

The Wests Tigers will wait for a new coach to make a definitive move on their spine stars but a call has already been made on Tyrone Peachey after the former NSW star requested permission to explore his options on the open market.

Sources close to Peachey confirmed he had requested permission to gauge interest elsewhere and the Tigers opted not to stand in his way, clearing him to leave the club before the August 1 deadline. Peachey’s management began contacting clubs last week and it is understood the interest has been lukewarm given the disastrous way his move to the Tigers has unfolded.

Peachey was signed from the Gold Coast on a two-year deal believed to be worth upwards of $750,000 but has struggled to make an impression at the Tigers.

He has played only eight games and has spent recent weeks in reserve grade, hence his desire to look elsewhere.

Even a change of coach failed to improve his fortunes — he is yet to make an appearance in first grade since Brett Kimmorley took charge of the side following the sacking of Michael Maguire.

The Tigers have no desire to stand in Peachey’s way should he find a new home. His departure would also free up salary cap space to give the new coach some wriggle room to potentially strengthen the squad next season.

Alternatively, the Tigers could stash Peachey’s cash and spend the money on their spine. Tyrone Peachey has struggled to make an impression at the Tigers. Picture: Chris Hyde/Getty

Daine Laurie, Adam Doueihi, Luke Brooks and Jackson Hastings are all off contract at the end of next year, meaning they are free to sign with rival clubs from November 1.

The Tigers have opened initial talks with all four but any decision on their futures is likely to hinge on the appointment of a new coach.

The Tigers have been locked in talks with Penrith assistant Cameron Ciraldo and the club is optimistic he will see the attraction of joining the club given their flourishing junior ranks and freshly-minted Centre of Excellence, which is due to open in coming weeks.

The Tigers have also weighed in with a lucrative five-year-deal that will give him time to put his stamp on the club and build for success.

Whoever takes charge will no doubt make the roster the first order of business, in particular the futures of the respective players in their spine. 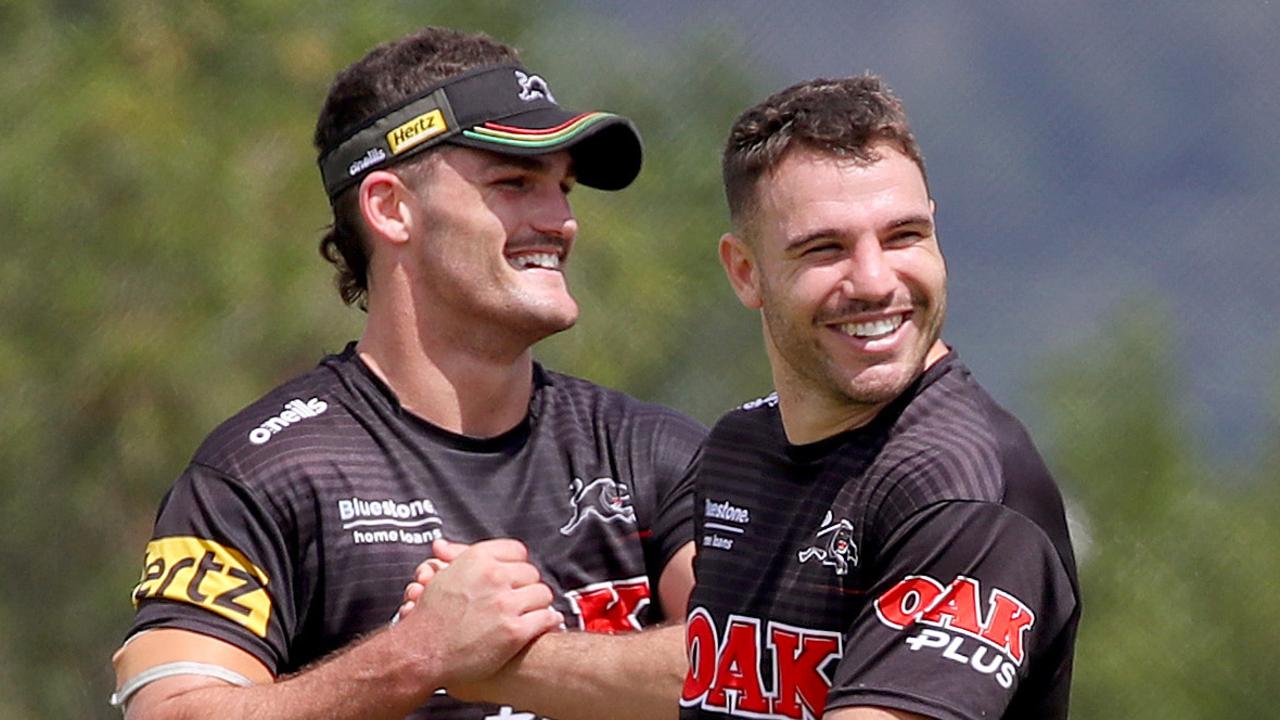