Paul Kent has walked away from his gig with Triple M radio after an on-air blow-up with commentator Anthony Maroon. Read his full statement on why he quit.

Paul Kent has walked away from Triple M in a massive blow to the network’s rugby league coverage.

Kent and Triple M released statements on Thursday afternoon confirming they had agreed to part ways in what will now be a huge shake-up to their Sunday team.

Kent said the network had asked him to apologise for his role in an on-air blow-up with commentator Anthony Maroon more than a week ago, but he had refused to do so.

Maroon walked out midway through the station’s ‘Sunday Sin Bin’ after becoming upset with references to him taking “cashies” - a lighthearted reference to him doing jobs for cash.

The show’s long-term host stood down and indicated he would only call matches going forward.

Maroon told Kent and his co-hosts James Hooper and Gorden Tallis that he was over the joke. When they continued, he stormed out mid-show and did not return.

Kent told his version of events in a column in The Daily Telegraph, insisting he would never apologise because it was all part of the banter and Maroon had given as good as he got over the years. Kent and Maroon were involved in an on-air blow-up

“Triple M have asked me to apologise for the incidents that have occurred over recent weeks,” Kent said in a statement on Thursday afternoon.

“I’m not prepared to do that, I have already gone on the record with my views on the matter.

“On that basis I’ve made the decision to move on from my role at Triple M. We part on good terms.”

Hooper apologised to Maroon on the show last Sunday where Liam Flanagan filled in as host.

“Maroon took offence at what we only ever thought was a joke and as a result, that’s ended a mateship,” Hooper said last Sunday.

“With the benefit of hindsight, and I can only speak for myself, I am happy to say that I pushed the envelope too far.”

A Triple M spokesperson confirmed Kent had left the station.

“Events over recent weeks in relation to the incident on the Sin Bin went too far and we asked Paul Kent to offer an apology,” the station said in a statement.

“Paul has a differing view and, on that basis, has made the decision to part ways with Triple M.

“We wish Paul the best and thank him for his contribution to Triple M’s NRL coverage.

“We look forward to continuing to inform and entertain Triple M listeners for the remainder of this footy season and beyond.” 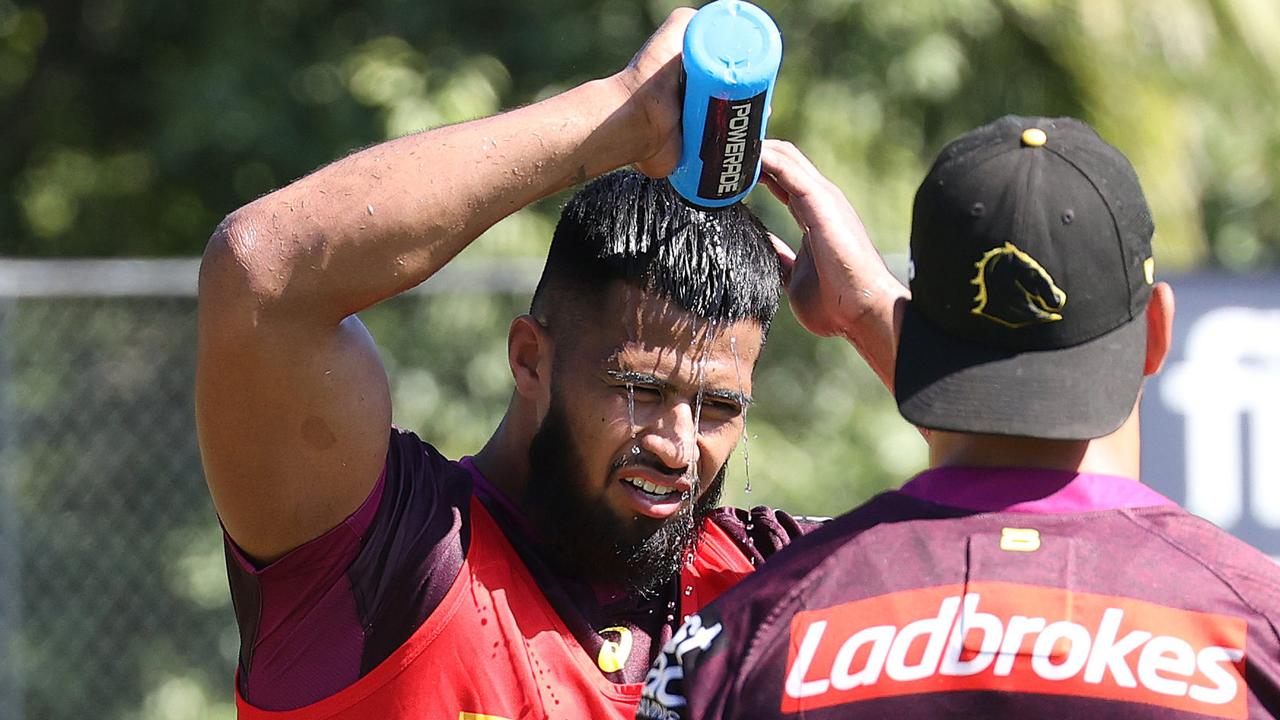 COMMENT: The Payne Haas drama is ugly stuff. The sort of money-grabbing headline that gives footballers and their agents a bad name.