The final bye of the season is just around the corner, we rate the best buys, the wildcard and the cheapies you need to climb the KFC SuperCoach NRL ranks.

Did you get your round 13 bye buys right? If so, well done and no doubt you enjoyed a big green rankings arrow.

If not, never fear the second bye of the season, round 17, is arguably more important; not only can you trade in bye round cover, the right purchase will go on to be a player you hold for the run home.

It’s important to note that KFC SuperCoaches have three trades in each of the bye rounds (up from a standard two in all other weeks). If you decide to activate a Trade Boosts, you have four trades for the round 17 bye. 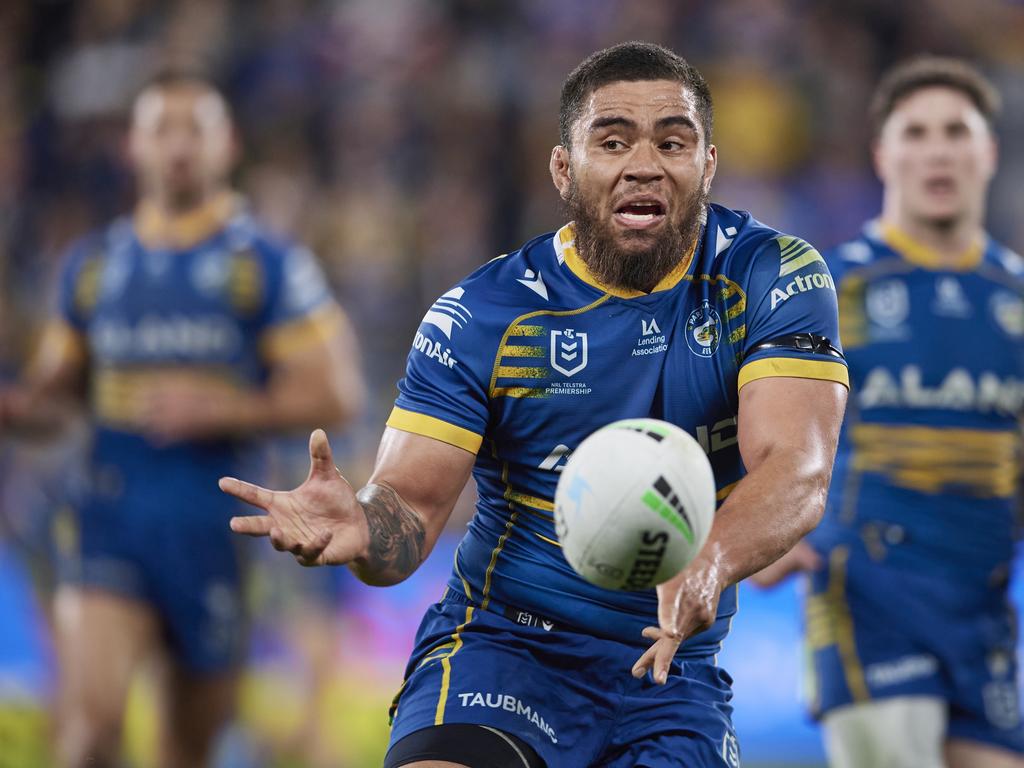 Isaiah Papali'i of the Eels is dominating the FRF and 2RF positions. Picture: Brett Hemmings/Getty Images

PLAYERS LIKELY UNAVAILABLE DUE TO ORIGIN

These players should play in round 17 and then, should they maintain their current form, could hold their place in your final 21-23 player squads to the end.

Isaiah Papali’i: This one could probably go without saying as Isaiah Papali’i is the gold standard of round 17 bye players. Locked in to play the bye (he’s a Kiwi) the dual-position IPap is leading the FRF and 2RF positions for total points and average. Relentlessly reliable – his worst score of the season is 58 points scored in round one and with an enviable ceiling with six scores of 80+ already this year Papali’i is simply a must own. 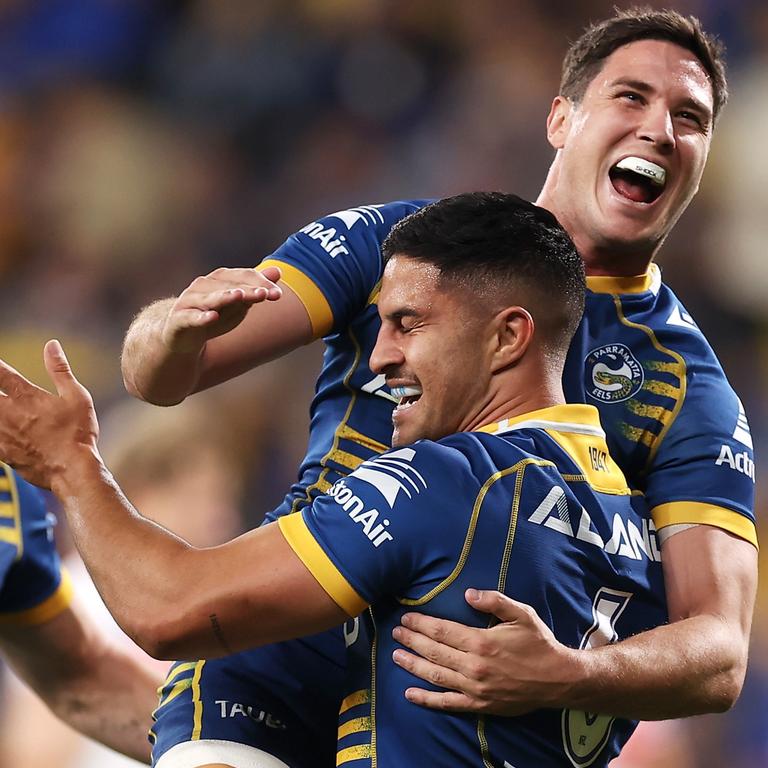 A case can be made for both Parramatta halves Dylan Brown and Mitchell Moses. Picture: Mark Kolbe/Getty Images

Dylan Brown/Mitch Moses: The Parra halves are in fine form with Brown averaging 72.6PPG with a 3RA of 79.3 and Moses 70.4PPG with a 3RA of 74.7. In terms of team making the strongest possible team it’s Brown who makes the most appeal. Moses is behind Nathan Cleary, Nicho Hynes and Jahrome Hughes (see below) in the halfback pecking order and therefore the Eels star falls outside an ‘ideal team’ which would have Cleary/Hughes at halfback (with Hynes at fullback). Brown is, arguably, second only to Cameron Munster at 5/8 – I say arguably because the Drinkwater-stans would want to argue the resurgent Cowboy deserves the number two slot – and therefore a Munster/Brown pairing at 5/8 presents the best you can field. However, I would note that Moses is very good value at $589K.

Jahrome Hughes – The Storm star is often overlooked in the ‘premium halves’ conversation because he is not a goalkicker like Cleary, Hynes and Moses. That is a mistake. Not the goalkicking bit, that is correct, rather it is overlooking Hughes which is a mistake. What he lacks in floor from the kicking tee he makes up for in ceiling thanks to a position-best running game. No half busts tackles as proficiently or as prolifically as Hughes, no half has as many tries and only Mitch Moses has as many linebreaks. Hughes will have the odd poor game (he has four scores below 60 points this year), but those are offset by the boomers (four of 90+). Jahrome Hughes of the Storm is a great ballrunner. Picture: Kelly Defina/Getty Images

Adam Reynolds – While we’re talking halves it would be remiss of me not to acknowledge the tremendous form of Adam Reynolds. Long dismissed as ‘not a SuperCoach player’ ARey has the fifth best average of any half (minimum five games) so far this year having added almost 10PPG to his average output when with the Rabbitohs in 2021. Injuries have struck though and Reynolds has played just one game of the past four and priced at $680K there are better options at the position.

Campbell Graham/Alex Johnston – Another club double act, this time it’s South Sydney centre Campbell Graham and winger Alex Johnston. They accumulate points in a vastly different manner with Graham the reliable accumulator (his 38PPG in base comfortably leads those in top-10 for position in terms of total points) while Johnston is all about the tries (equal first for CTW) and linebreaks (second behind only Ronaldo Mulitalo). And yet despite those differences just 17 points separates them at this point of the season. Both fine options when compiling your final CTW cohort one knock is the remaining Rabbitohs draw which features just three ‘easy’ matches (Knights (Rd 17), Bulldogs (Rd 18) and Warriors (Rd 21)) in the final 10 rounds and includes Eels (twice), Storm, Sharks, Panthers, Cowboys and Roosters. Campbell Graham of the Rabbitohs has a great base. Picture: Chris Hyde/Getty Images

Zac Lomax – When he’s not throwing silly flick passes on tackle one within twenty metres of his own tryline Lomax is a very fine player. His base is good, his base/power is excellent and he has the goalkicking duties. As a result Lomax is a reliable play every week with just three scores below 50 points all season. His team do struggle to score points though (the Dragons average just 18PPG) and Lomax is not in prolific try scoring form himself with just four pies to his name so far in 2022.

Ronaldo Mulitalo: The Cronulla left edge duo of Talakai and Mulitalo is a defensive nightmare for prospective defenders with the duo boasting the most combined tackle busts for any centre/wing pairing. Mulitalo also has a superb linebreak record with his 23 breaks so far this season a position best. With just four sub-59 point games this year and five of 80+ ‘Ronnie’ has as much upside as any winger around and a decent floor too. If there is a chink it was shown in round 15 when the Titans came into the match with a clear gameplan to rush up on Mulitalo in defence. The plan did nullify Mulitalo, but it left the Titans with large gaps inside of him, gaps that Matt Moylan exploited to score two tries himself. Good teams find a way to get their best attacking weapons engaged, hopefully for Mulitalo owners the Sharks don’t turn their big winger into a permanent decoy. Maika Sivo - Never an out-and-out ‘gun;’ Sivo can nonetheless put together very nice runs of big scores and on his day can go as big as (almost) anyone. Priced at $486K and with a BE of 62 you probably don’t have to rush the Sivo purchase but for anyone who is a bit cash poor and is looking for a ‘5th CTW’ who they play on matchups then Sivo could be the guy for you.

David Klemmer – Big Klem was a little underwhelming in the season opener, and then missed the next four rounds due to injury. Upon his return the Newcastle prop seemed hellbent on making up for lost time and went on an offloading tear while pumping out big base production to average 70PPG over a eight game span. In round 15 the staunch Raiders pack put a halt to that though and Klemmer scored just 49 points despite playing 63 minutes. Fellow Knights prop Daniel Saifiti is due back from injury for round 16 and this may impact Klemmer’s minutes somewhat but I do not see that as necessarily cruelling Klemmer’s appeal with the big man having already shown himself capable of upping the workrate when required. Cameron McInnes – The biggest question mark hanging over Cameron McInnes was always whether he could maintain the minutes and scoring when Dale Finucane was back in the team. I suspect the answer is ‘yes’ but round 15 failed to answer the questions either way. Finucane returned after missing a month due to concussion related issues and played 39 minutes off the bench (normally I would expect Finucane to play around 50 minutes). McInnes played 50 minutes which was a little under a 10 minute reduction on what he had averaged over the previous five games. That’s not a disaster, after all McInnes still produced a solid base of 49 points in 50 minutes, and the poor score was a result of no power or attacking stats. But it is slight concern and with a BE of 94 I think I would watch in round 16 and only buy the Shark ahead of round 17 if I were going to make that move at all. Ryan Papenhuyzen – The man with the best average of any player so far in 2022 is due back after a lengthy injury/Covid lay-off and if you don’t want to be left behind on the run home then you’ll want to start making plans to find ‘Papenhuyzen money’. Which won’t be easy, Papenhuyzen currently costs $929K and while his BE (145) is high he’ll only drop a lazy $30K if he scores 100 against Manly in round 16. The wildcard is of course Origin III selection. If Papenhuyzen impresses against Manly does he force his way into the Blues? Will the Storm play Paps the full 80 in round 16 after so long out of the game? Those question marks along with the high BE have me waiting rather than rushing in here – but I’ve started doing the sums on how to afford him at around $900K and I advise you to do the same.

OPPORTUNITY KNOCKS FOR THESE MIDS

Will Kennedy – The Sharks fullback is available for $368K heading into the Sharks round 16 matchup against the Bulldogs. With a BE of -10 he could be a nice bye piece and money maker. Kennedy was sent off in round nine (score of -10) and had a shocker on return against the Roosters (score of -2). If you take those two anomalies out of his season then he is averaging better than 60PPG. Tom Flegler/Kobe Hetherington//Corey Jensen/Keenan Palasia: Based on current Origin teams, the Broncos will need to find around 200 minutes of cover for Payne Haas, Pat Carrigan and Kurt Capewell. Those listed here will likely see a bump in their time on ground but don’t dismiss the chances of a couple of gun cheapie forwards listed below, both working back from injury at just the right time to help their team and SuperCoaches.

With rounds running out, and trades too, many teams are on the lookout for a cheapie who can help you in the bye and then disappear again thus not becoming a loophole issue. These are my top picks.

Grant Anderson: Currently playing on the wing for the Storm the return of Ryan Papenhuyzen should see Nick Meaney shift to Anderson’s wing. Those who think Paps is a good chance of making the NSW team for Origin III could pick up Anderson now in the hope he’s a ‘one-and-done’ bye cover.

Brendan Piakura and Xavier Willison (both Broncos): are yet to feature in the NRL at the time of writing but both are working their way into form playing for the Devils in the QCup and may feature in the bye.

Originally published as KFC SuperCoach NRL 2022: The best buys for the round 17 bye – and beyond A Rabbitohs great says Latrell Mitchell is “fit as a fiddle” and ready to rock the Eels on his return. Mitchell is among a host of big-name inclusions for Round 16. Check out who’s in and who’s out.

We’re back after the rep round, but the KFC SuperCoach gods have not been kind. Join Tom Sangster and Rob Sutherland for the lowdown. 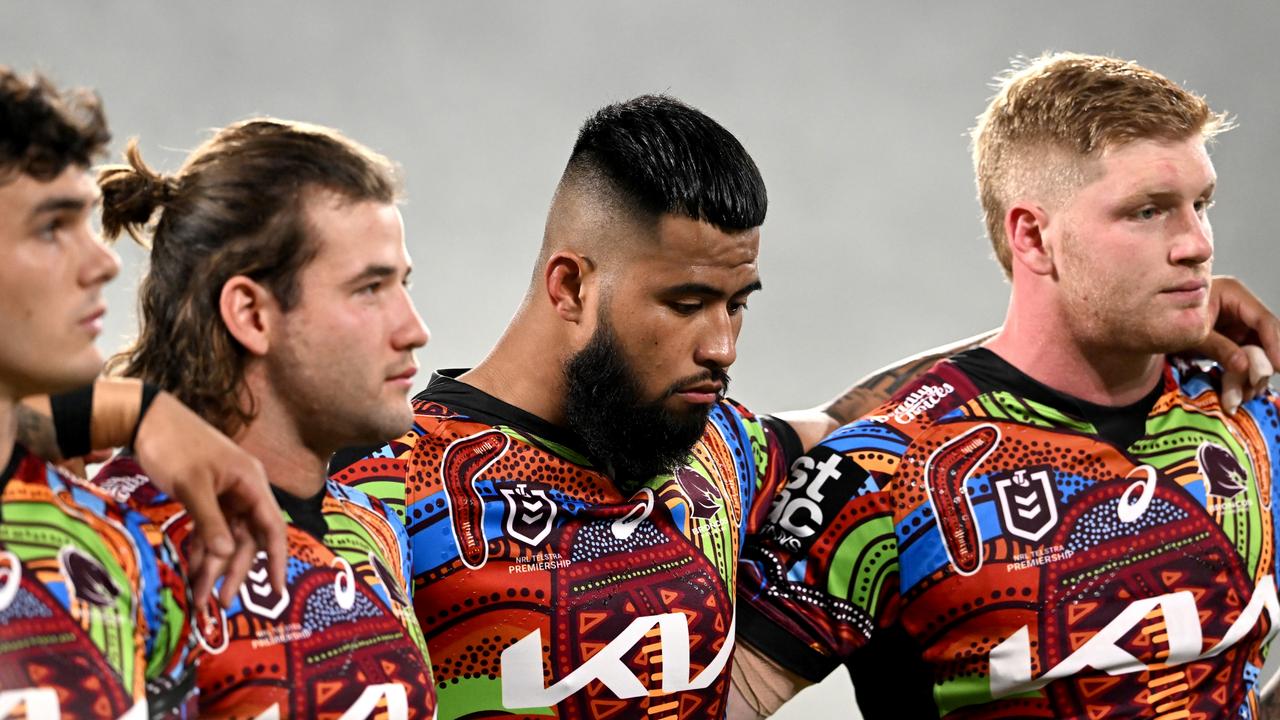 Teams are in for Round 16 but there are more questions than answers for KFC SuperCoaches. Tom Sangster and Rob Sutherland have the good oil on best moves. With Queensland and NSW counting the cost of a bruising State of Origin clash, two of the team’s biggest casualties have been assessed. Latest injury news inside. There’s mixed news for the Broncos and Storm after Origin II while Parramatta have a key player in serious doubt. Full predicted round 16 team changes