The secret weapon that saw the Broncos trump Cronulla’s bid for Adam Reynolds and Storm’s sneaky move that upset the Roosters.

The identity of the man most responsible for signing champion halfback Adam Reynolds at the Brisbane Broncos can finally be revealed.

It was Brisbane’s former centre and now successful businessman Chris Johns who flew to Sydney to meet Reynolds to sell the Broncos’ story.

Unwanted at the Rabbitohs, Reynolds was at that stage tossing up between the Sharks and the Broncos. 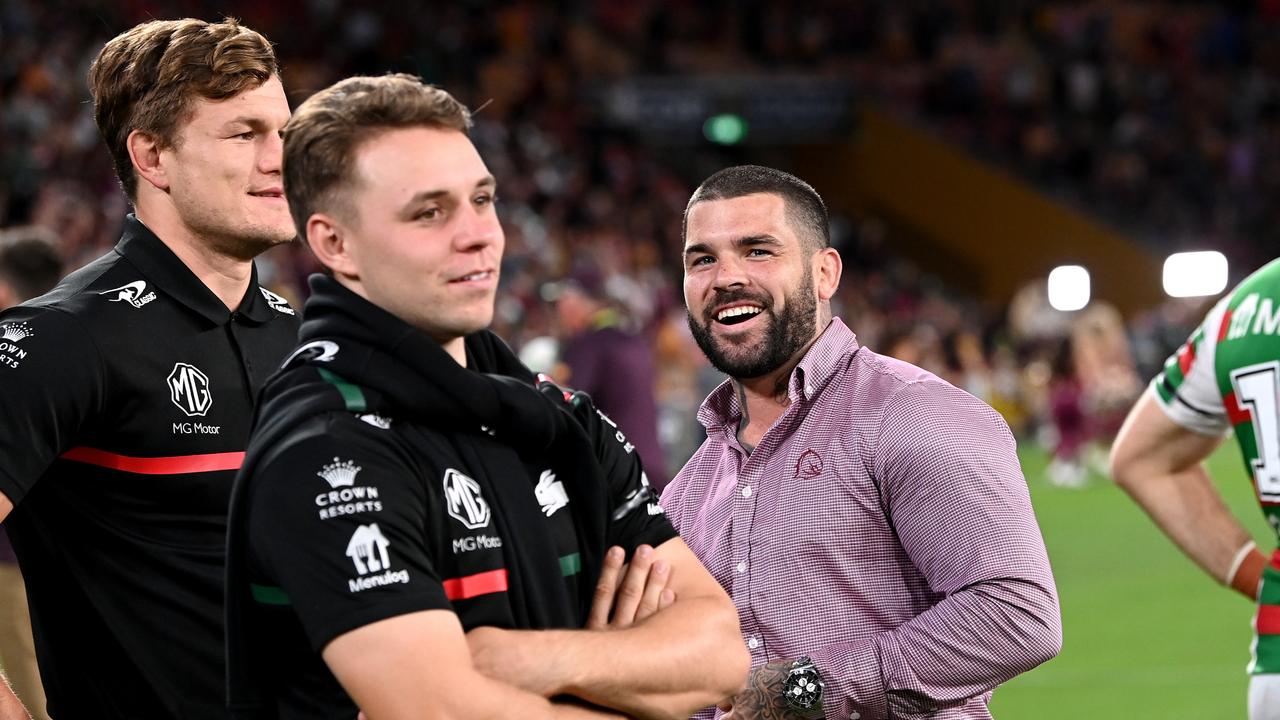 Johns came to Sydney with his great friend Kevin Walters to meet Reynolds and his wife at their home.

The halfback was so impressed with Johns’ pitch about the opportunity at the Broncos that he agreed to sign the following week.

Meanwhile no-one at the South Sydney Rabbitohs will take responsibility for this monumental recruitment blunder although most are now pointing the finger at Mark Ellison, the club’s general manager of football who took over two years ago from Shane Richardson. There’s nothing like a recruitment stoush between the Roosters and Melbourne Storm.

Storm is now ready to strike back.

We told you last week about Terrell May, the brother of Taylan and Tyrone, who is an outstanding young front-rower at the Roosters’ feeder club, the North Sydney Bears.

Melbourne Storm officials invited May and his manager Matt Desira to Melbourne last week for a tour of their AAMI Park headquarters.

They are desperately keen to sign him, especially for cover for Jesse Bromwich leaving for the Dolphins at the end of the season.

May is on a development contract at the Roosters and will be available for selection in Round 11. The Roosters are under salary cap pressure but will be doing everything possible to keep May in Sydney.