Richmond superstar Dustin Martin has been burning up the track in his return and now the Tigers hierachy has made a call on whether he joins his teammates in Perth this weekend.

The much anticipated return of Richmond superstar Dustin Martin will have to wait at least a week after the Tigers ruled him out of Friday night’s clash with West Coast.

Martin was at the Tigers’ Punt Rd headquarters on Wednesday and looked in good nick on the training track as he again joined his teammates following his return to the club this week.

The triple Norm Smith medallist even completed an extra running session at the end of the session as he ramps up his fitness after being away from the club on personal leave following the death of his father. Dustin Martin has his first run with the team at Richmond on Tuesday. Picture: David Crosling

Martin, however, will not fly to Perth for the clash with the Eagles due to his limited preparation.

He will be well and truly in the frame to return a week later for the Tigers’ blockbuster clash with traditional rival Collingwood at the MCG on Saturday week.

“It has been a five-week break so that is not the best preparation coming into this round (for Martin),” football manager Tim Livingstone said.

“We will have a look again next week and see how he is progressing.”

Livingtsone said Martin has returned to the club in good condition.

“It is great to see Dustin back at training,” Livingstone said.

“The boys are excited to have him back.

“He has got a couple of good football sessions in this week and is looking fit and strong.”

The five-day break and the travel to Perth also means Trent Cotchin and defender Robbie Tarrant will also miss on Friday.

“The five-day break for those older guys and the travel is not the best preparation both for this game (against West Coast) and the following v Collingwood,” Livingstone said.

The Tigers, who are coming off a loss to Melbourne on Anzac Eve last Sunday night, will name their side to face the Eagles on Thursday.

The first pictures have emerged of Richmond superstar Dustin Martin back at Punt Rd training since his return from personal leave.

The Brownlow medallist took part in kicking and marking drills under the watchful eyes of his Tiger teammates. 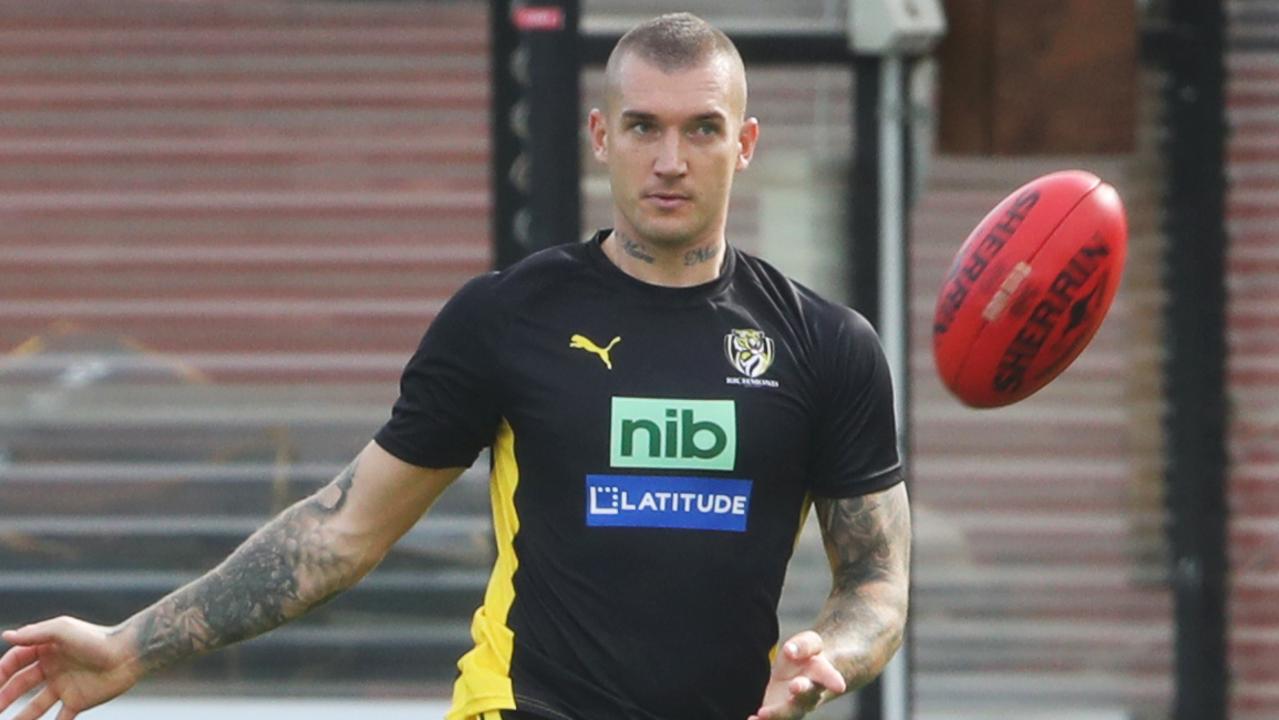 Dustin Martin gets back in the swing of things at Punt Road. Picture: David Crosling

Martin has not played this year since the club’s Round 1 defeat to Carlton, taking time away to cope with the loss of his father, Shane, who died of a suspected heart attack in December.

The 30-year-old triple Norm Smith medallist looked trim and in good shape despite being away from Punt Rd for more than four weeks.

Martin is a longshot to fly to Perth this week as Richmond prepares to play West Coast on Friday night. 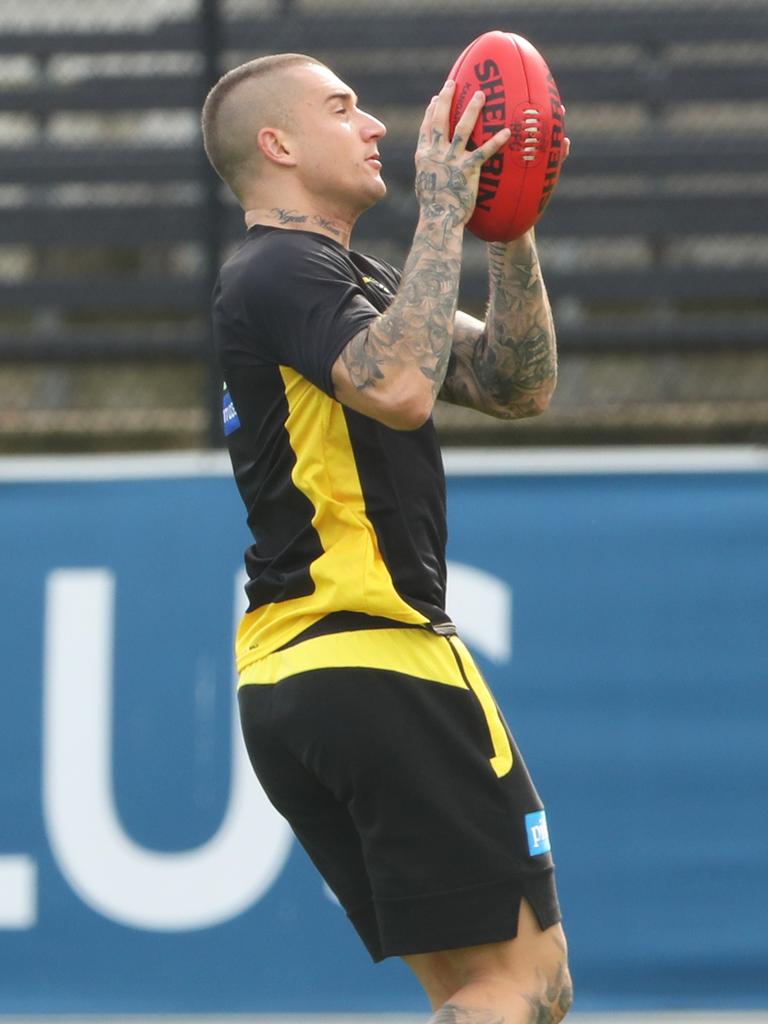 Dusty gets his hands back on the ball at Tigers training. Picture: David Crosling

The 12th-placed Tigers have slipped to 2-4 this season and are desperately in need of a win to stay in touch with the top eight.

Martin first ran with teammate Josh Caddy at Punt Rd on Saturday morning and ramped up his training program on Monday morning with a running session. The Tigers superstar tests his accuracy in front of goal. Picture: David Crosling While it is expected that Friday night’s game is likely to be too quick a turnaround, coach Damien Hardwick would be open to his inclusion if Martin was keen to play.

The club’s fitness bosses would be keen to put two weeks of training into Martin given he is 30 and has recently had some soft-tissue concerns after extraordinary durability across his career. 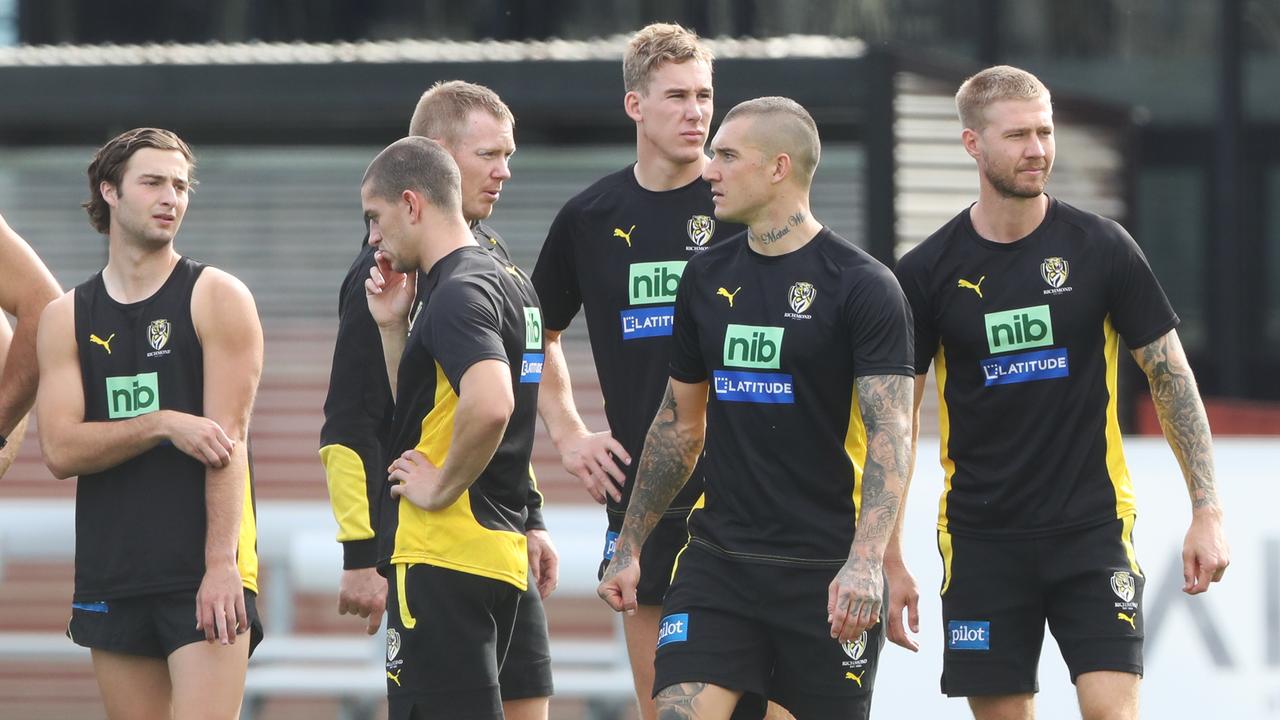 Martin first ran with teammate Josh Caddy at Punt Rd on Saturday morning, running again on Monday before hitting the track with his mates on Tuesday. Picture: David Crosling

The Tigers take on Collingwood at the MCG on the following Saturday afternoon.

Martin has had limited contact with his coaches and teammates in the past month, with most in the dark about his intentions while he spent time in Sydney.

He has spoken regularly to football boss Blair Hartley but few other coaches, but his return to training is a huge sign that he is keen to resume his career in coming weeks.

Originally published as AFL 2022: Richmond star Dustin Martin in good nick on training track but to miss trip to Perth 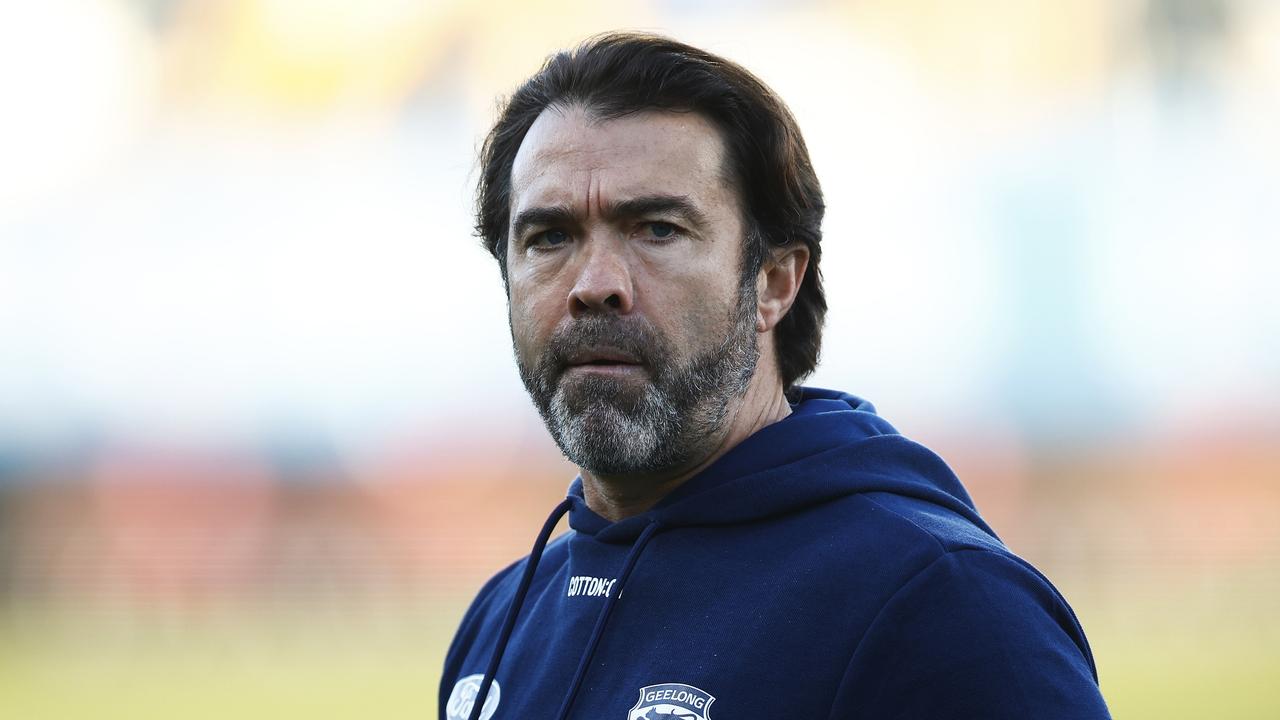