The AFL’s captains have named their premiership picks, with Melbourne a clear favourite. See who they picked as the Demons’ biggest threat and the likely Brownlow Medal winner.

Melbourne and Brisbane are the teams to beat, while Marcus Bontempelli will win the Brownlow Medal.

Those are among the popular predictions from this year’s AFL captains’ survey.

The Demons drew six votes in the annual poll of skippers when asked which other team would make the grand final and the Lions were next with five.

Only three other teams were nominated: Western Bulldogs (three), Port Adelaide and Richmond (two each).

The answers were anonymous.

AFL clubs will be able to access top-up players to play senior games if their lists drop below 28 players due to Covid and injury issues.

The league finalised its top-up contingency plans on Tuesday, with clubs to be linked with state-league sides to ensure the season will go on without delay.

As revealed by the Herald Sun, all clubs will have top-up lists of 20 with the AFL making it clear there will be no delays in the season even if a team is ravaged by Covid.

Clubs have current lists of 44 senior and rookie-listed players and if there are only 30 to choose from because of Covid and injuries they can access top-up players to help with training only.

If clubs have only 28 to choose from they can select players from their top-up lists to play AFL games.

The league has stated in its rules the “club must prioritise the selection of AFL-listed players where reasonable”.

It means the league will encourage teams to play every player on their list, but it leaves open the possibility a club could choose a ruckman from their top-up list ahead of listed players if it has no more rucks or players in a specialised position to choose from. Former Magpie and Saint Nathan Freeman has signed with Adelaide’s SANFL team and could get a chance as an AFL top-up player. Picture: Brenton Edwards

Victorian clubs will be linked to their VFL sides and choose from about 30 players to finalise top-up lists of 20 by Friday, March 11.

Brisbane is linked to VFL sides Coburg and Port Melbourne, GWS has Frankston and Williamstown, Gold Coast has Southport and Sydney has Werribee and the Northern Bullants.

Gold Coast can choose four Southport top-ups but Brisbane, GWS and Gold Coast can only choose two top-ups from each of their VFL sides in any week to ensure those sides can still compete in the VFL.

The league stated: “The AFL has already told all clubs that it intends to play the fixture as scheduled this year and that the competition will continue to play on as we continue to learn to live with Covid-19”.

Adelaide and Port Adelaide can choose four players from their own state league lists and then a maximum of four players from each of the SANFL clubs they are aligned to in selecting their next generation academy recruits.

West Coast and Fremantle are expected to follow a similar path, but the league is still finalising those rules. 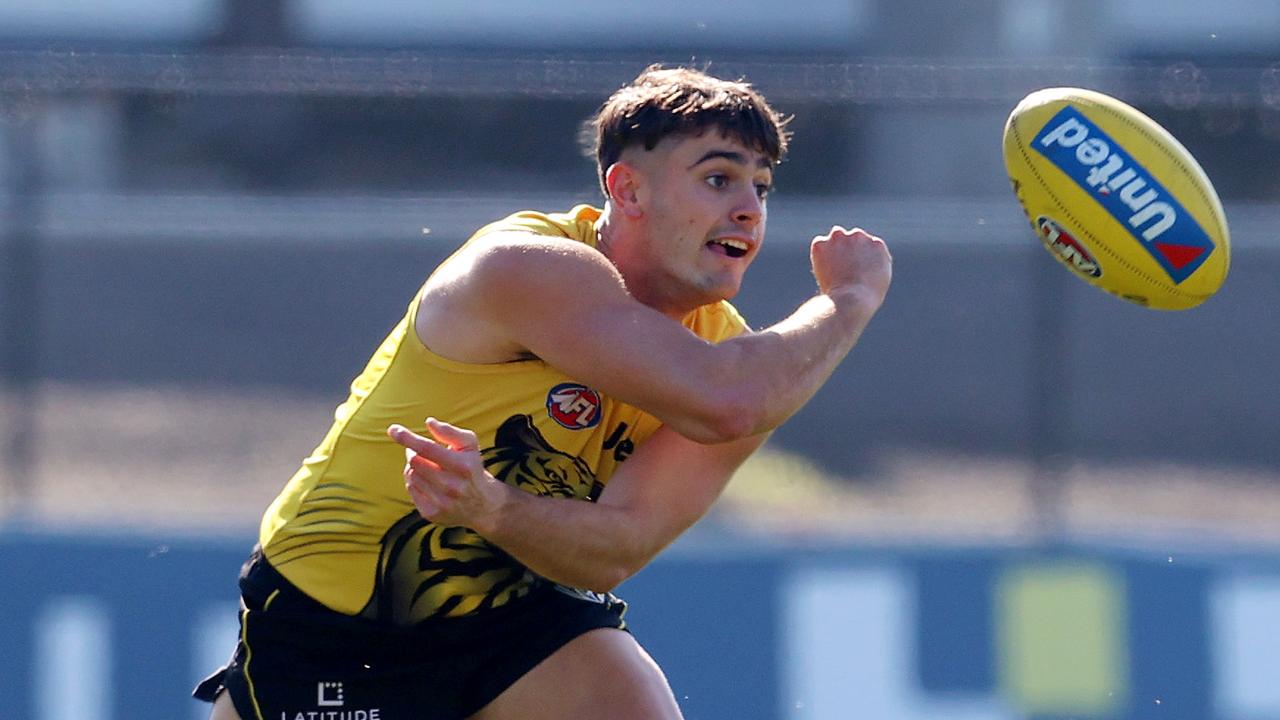 AFL football boss Brad Scott said if clubs dropped below 30 available players only through injury and not Covid, they could not use the top-ups.

“Over the last two seasons the AFL has put measures in place to best protect the competition, our clubs, players and umpires. While the ongoing pandemic will continue to challenge us, we remain committed to completing the season for supporters in a way that prioritises the health and safety of the wider community,” Mr Scott said.

“In a national sport, played across many states and territories, we need to be able to adapt, and adapt quickly to the Covid-19 conditions at any one time at locations where home teams are based, or away teams are travelling to. These guidelines help us achieve that while providing potential opportunities for talented players plying their craft in state league competitions to play football at the elite level.”

Nearly 80 per cent of AFL men’s players have already contracted Covid this year as the league expresses confidence Omicron will not make a dent in the coming season.

The AFL on Monday informed clubs it would fund chartered flights for at least the first five weeks of the season before reassessing to safeguard them from Covid.

In the AFLW competition at the peak of the omicron virus there were 56 players in Covid protocols but this week that number shrunk to only three.

When Fremantle’s women’s side was in Melbourne for a month at the height of the omicron outbreak there were only two total cases for the Dockers. 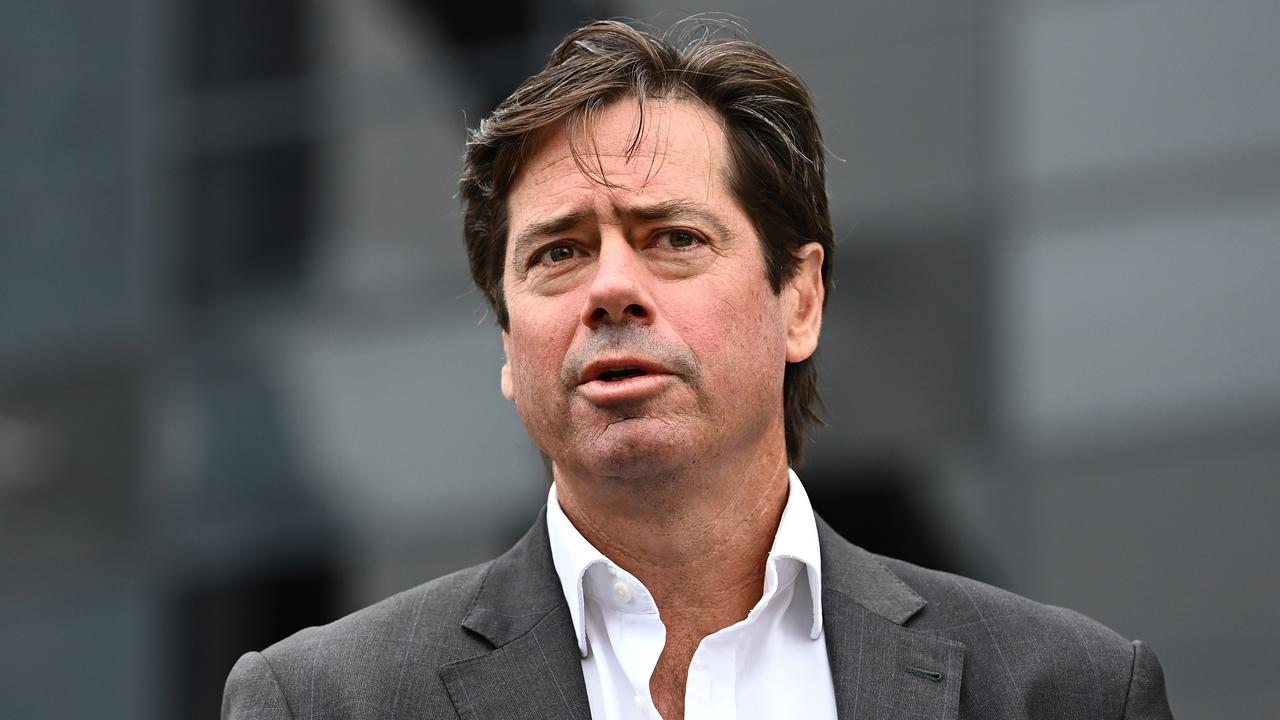 WA-based clubs remain scared about the impact of omicron given none of their men’s players have yet been exposed to the virus.

But the encouraging Covid figures plus the natural immunity provided by 80 per cent of men having already contracted Covid means the league is confident a flood of cases will not force games to be postponed.

But the majority of WA-based players are already triple vaccinated, which will lessen the risk of a widespread outbreak on any given weekend. The league will this week reveal its top-up rules, making clear clubs have personal responsibility to ensure they have enough fit players.

The AFL is open to working with clubs about fly-in, fly-out protocols on the day of games to reduce the risk.

North Melbourne coach David Noble said on Sunday he would be happy for the Roos to fly in and out of day games in Sydney and Hobart on hit-run missions.

He said any flights much longer than an hour would require flying the previous day, with charter flights giving clubs greater flexibility to fly on game day.

He’ll still be allowed to train but will not be available for selection in the first two rounds of the season.

Stephenson, who is now at North Melbourne, copped a hefty 22-game ban — of which 12 games were suspended – and a $22,000 fine in 2019 after being found guilty of making three bets on Collingwood matches. Nathan Buckley and Jaidyn Stephenson during their time at Collingwood in 2019. Picture: Daniel Pockett

The bets, which totalled $36 but all lost, included legs on Collingwood to win, winning margin and Stephenson to kick a goal.

The loss of Stephenson midway through the 2019 season was a big blow at the time for the Magpies, who went on to lose the 2019 preliminary final to GWS by less than a kick.

The key difference between the two cases is that Stephenson was betting on his own outcome, although Buckley questioned the former Magpie’s reaction when he heard of Nicholls’ light penalty.

“I just wonder how Jaidyn Stephenson woke up on Friday to see the news that there was a Suns player who had 10 bets totally $256 and received a two-week suspension and $5000 fine, next to Jaidyn’s three bets at $36 for a 22-week suspension and a $20,000 fine,” Buckley said on SEN.

“I just wonder what Stevo thought about the consistency of that decision making.

Exciting new faces set to be unleashed in Round 1Robbo: Savage wake-up call for revolting RoosSun fined and suspended for betting on AFL games

“He would’ve been handy.”