Selwyn Cobbo’s scintillating performance in the Broncos’ upset victory has the rugby league world talking, but the quietly spoken speedster says he has an ace up his sleeve.

The baby-faced 19-year-old amassed 152 metres and three tackle busts and went within inches of scoring a spectacular try in the eighth minute, only to step into touch as he soared towards the tryline. While he made six errors, Cobbo more than compensated with a series of fearless charges out of his own end, underlining his toughness and willingness to do the hard yards under pressure.

The Indigenous ace hails from Cherbourg, just 6km away from Murgon, the Queensland bush town which produced legendary centre Renouf, who remains the greatest tryscorer in Broncos history.

Renouf scored 142 tries from 183 games in Broncos colours and Cobbo said regular advice from ‘The Pearl’ was the shot of confidence he needed to back himself in a Suncorp blockbuster against South Sydney.

“Steve has given me plenty of advice in pre-season,” Cobbo said in the wake of Brisbane’s epic 11-4 upset of last year’s grand finalists.

“He has been really helpful for me. He has told me to just be confident in what I do and don’t go away from how I play my natural game.

“I played to a standard that I wanted to play at and I’m just glad we got the win as a team.

“I have improved a lot in pre-season. It was my first full pre-season and I’m learning all the time about the game and how to get better.”

Cobbo was a virtual unknown this time 12 months ago, but after being handed his NRL debut against the Dragons last June, the 190cm flyer’s development has been as rapid as his scorching runs on the flanks. 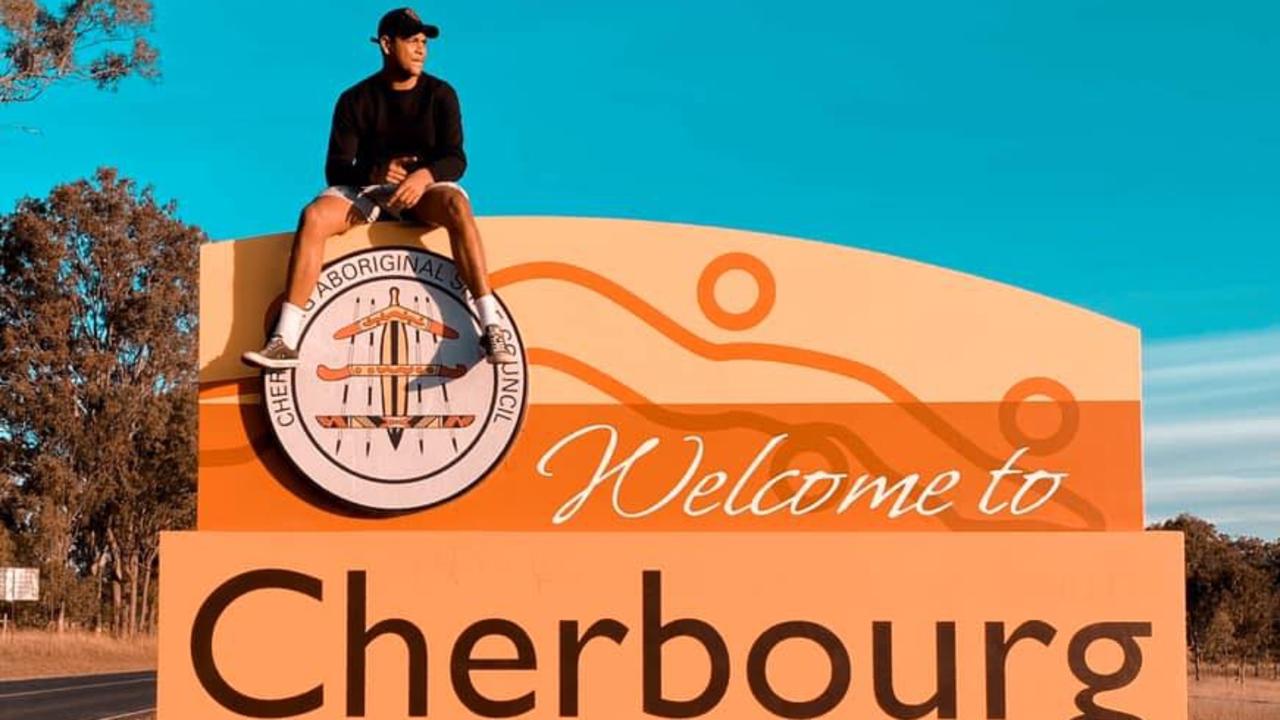 Described as Brisbane’s version of South Sydney superstar Latrell Mitchell because of their Indigenous ties and similarly-built frames, Cobbo is determined not to be consumed by the hype.

“I don’t let all that stuff (comparisons to Mitchell) go to my head,” said Cobbo, so quietly spoken he is barely audible.

“I just block it all out, it goes through one ear and out the other, I don’t take notice of all that stuff.

“I try not to have any doubts when I go out there, it’s important to stay calm and focused and enjoy the game.”

As a nine-year-old, Cobbo was asked to write his dream job on the school whiteboard. He went to the front of the classroom and penned: “To play for the Broncos.”

“If you know Selwyn, away from the field, he is quiet and shy, but when he crosses that line, he just lights it up,” Walters said.

“All of his carries (against Souths), his catching, he was very good.

“There was a lot of pressure on him to play well and he delivered in the best way he can.”

Stand-in skipper Kurt Capewell added: “Selwyn is a quiet kid. What he did was pretty special, he made some big plays and I’m happy to have him in our team, that’s for sure.” 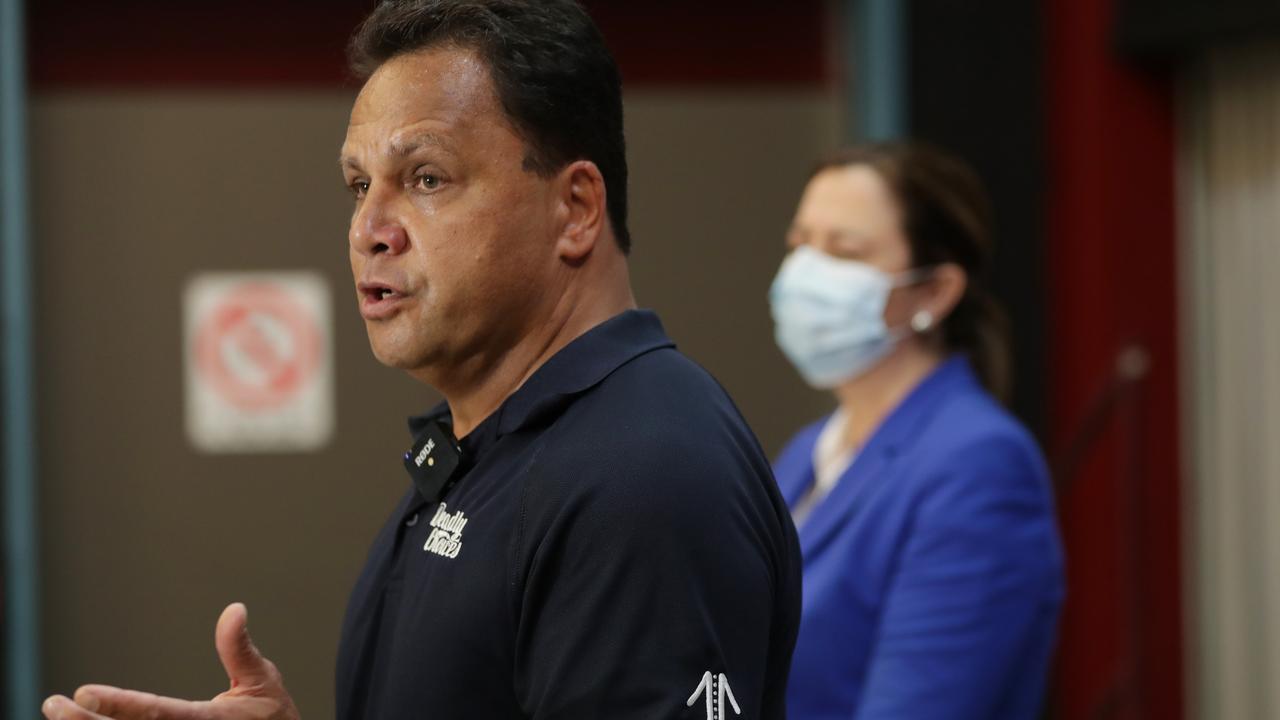 Broncos legend Steve Renouf has been instrumental in the rapid progress of Cobbo.

Brisbane legend Darren Lockyer says Selwyn Cobbo is on track to play State of Origin as the Broncos prepare to unleash their next superstar in Friday night’s premiership opener against South Sydney.

The baby-faced 19-year-old will be the pride of Cherbourg when Cobbo runs out to face last year’s grand finalists the Rabbitohs in Brisbane’s round 1 blockbuster at Suncorp Stadium.

Such is his calm, icy-cool demeanour, Broncos teammates have already nicknamed Cobbo the ‘Cherbourg Iceberg’ and the flying winger, fullback or centre is tipped to light up the NRL this season.

Lockyer, a Queensland selector, has been blown away by Cobbo’s talent and the former Brisbane skipper believes the Indigenous teenager could be a bolter for the Maroons’ Origin team this season if he fires for the Broncos. 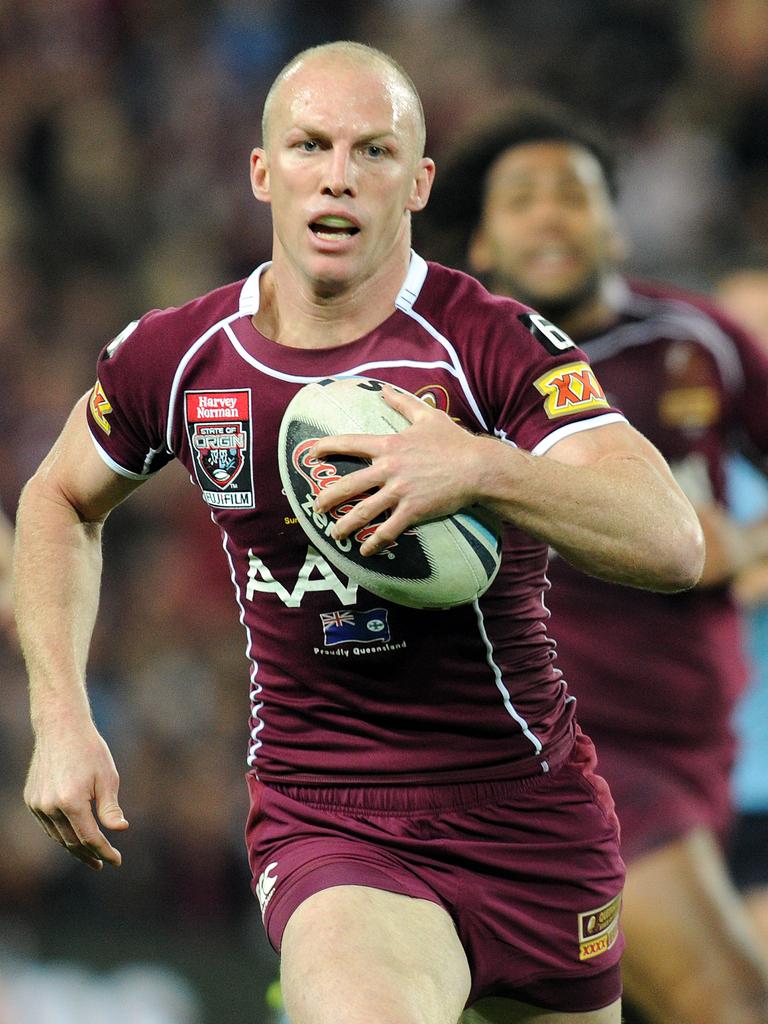 Darren Lockyer has ti[pped Selwyn Cobbo for an Origin jersey. Selwyn Cobbo has been described as Brisbane’s answer to Latrell Mitchell.

“I wouldn’t be surprised at all if Selwyn Cobbo plays Origin this year,” Lockyer said.

“Usually someone jumps out of the ground during the season and who’s to say it won’t be Cobbo this year?

“It’s already been mentioned a few times the comparisons with Selwyn to Greg Inglis (former Queensland Origin captain) and Latrell, he certainly moves like they did.

“Selwyn has a big body and a great attitude, so he’s one guy to watch for sure this season.”

Underlining Cobbo’s constitution, he made history off the field two years ago, becoming the first Indigenous school captain at Murgon State High.

In the school’s 75-year existence, no Indigenous boy had risen to the prestigious role. Then Cobbo, in his shy, reluctant, understated way, broke the mould.

Now he is primed to be a Trail Blazer for the Broncos as they look to play finals football this season after two failed campaigns, including a wooden-spoon in 2020. Cobbo powers forward for the Broncos.

“My family has kept me grounded,” Cobbo says.

“It’s all happened pretty quickly for me at the Broncos, but I have a long way to go.

“It just comes down to whether you really want to succeed or not in life and whether you are prepared to make the sacrifices.

“I’m prepared to make the sacrifices.”

“I’m excited by what Selwyn can do this season,” he said.

“It’s fine to be recognised in that group (with Mitchell and Inglis) but he is a long way from those guys.

“Selwyn has a lot of work to do before he can be considered in that frame. Certainly the potential is there for him to be a very good player.