Dave Rennie has unveiled his 35-man squad to face England in a three-Test series next month and an ex-NRL star could make his Wallabies debut.

The matches, to be played in Perth, Brisbane and Sydney, will be the Wallabies’ first since their disappointing tour of the UK last November.

Sean McMahon, Tolu Latu, Rory Arnold, Kurtley Beale and Will Skelton have missed out due to new restrictions on the number of expat players able to be picked. Rennie said local players overlooked would have the chance to stake their claims for selection playing for Australia A.

“We’ve spent a lot of time looking at the squad and the balance,” he said.

“There were some tight decisions and some disappointed guys and that’s a reflection of the depth in the squad now.

“We’re certainly creating competition for places. For some of those guys, there’s the Australia A program for them to push their case.

“We’re looking forward to working hard and preparing as a group to put in performances that make our supporters proud against England next month.”

Rennie said Hodge’s lukewarm start to the Super Rugby season had been partly to blame for his exclusion.

“It’s tough on Hodgie because he’s such a good man, As professional as you get,” Rennie said.

“He had a pretty scratchy start to the season. To be fair, his form has been mixed.
“He’s likely to force his way in at some stage and in some position.”

While Rodda had been expecting to recover from a foot injury in time for the tour, Rennie said on Sunday it could be as long as three months before he returns to full fitness. 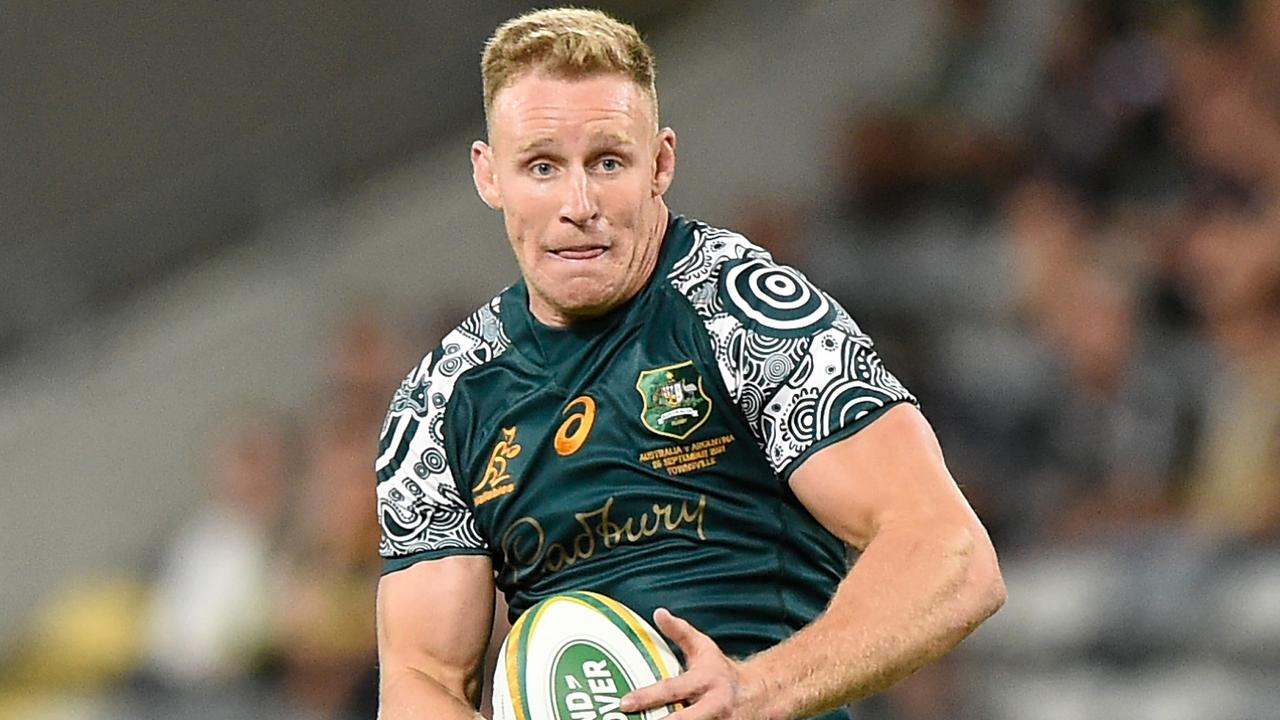 Hodge missed out on selection. (Photo by Matt Roberts/Getty Images)

Rennie confirmed Pone Fa’amausili, Nick Frost, Jed Holloway, Cadeyrn Neville, David Porecki and Vunivalu were all in line to suit up for their Wallabies debuts.

It marked the first time that Vunivalu, Holloway, Porcecki and Neville had been selected in an extended Wallabies squad; Neville’s inclusion comes at the ripe old age of 33.

Vunivalu, 26, only made the move from the NRL to Super Rugby last year but enjoyed a good season with the Queensland Reds.

Rennie said Vunivalu may not get a chance with the Wallabies right away but with 14 Tests pencilled in for this year, the coach said he was keen to give new faces opportunities to spend time around camp.

“We think we can accelerate his development within the camp rather than leaving him outside of that.

“We geniunely believe he’s good enough to play at this level.”

Rennie rewarded the Brumbies’ Super Rugby dominance by selecting 15 players from the Canberra side.

The Brumbies defeated the Highlanders last week and advanced to the Super Ruby Pacific semi-finals but were knocked out of the race for the title on Saturday. 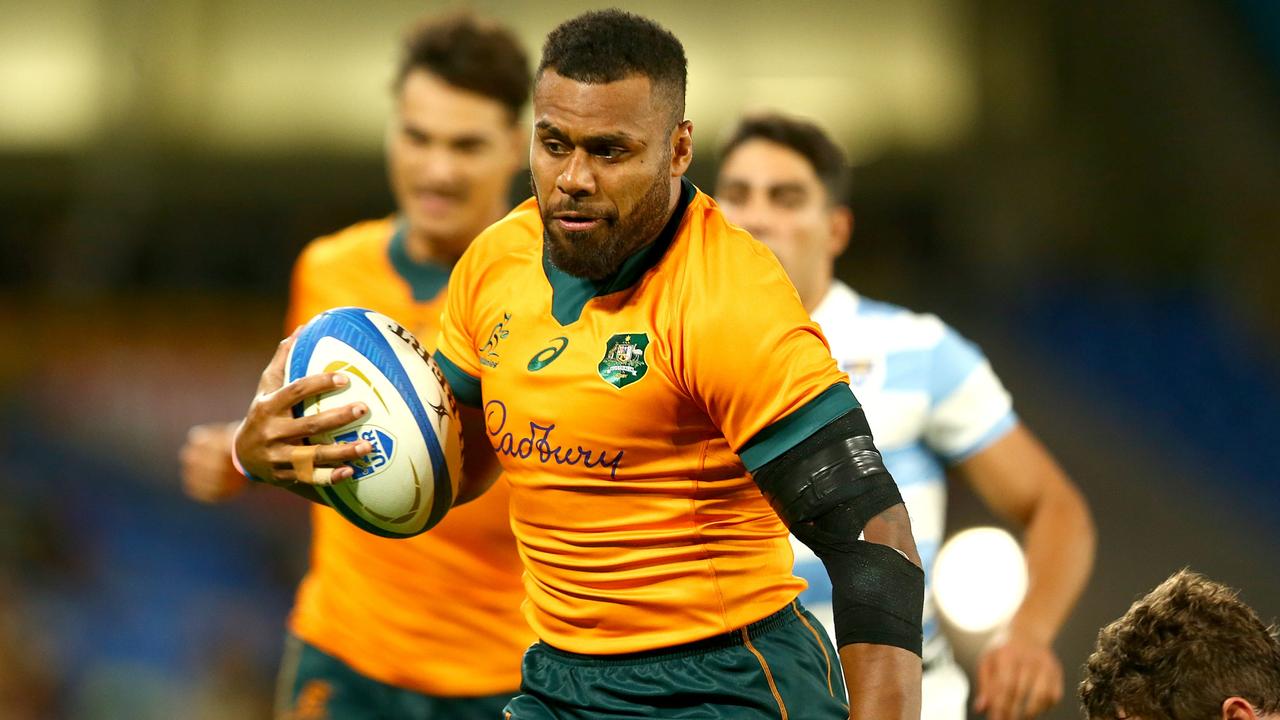 Samu Kerevi was one of three men chosen who don’t play their club rugby in Australia. (Photo by Jono Searle/Getty Images)

Recent changes to the ‘Giteau Law’ meant Rennie was only able to select three players contracted to international clubs and as was confirmed earlier this week, Quade Cooper, Samu Kerevi and Marika Koroibete will be those three.

Rennie said scheduling conflicts with the French Top 14 competition had led him to favour international players contracted with Japanese clubs.

“The issue with the French guys is that they’re playing quarterfinals (this weekend),” he said.

“It’s easier to leave those guys out of the England series and then maybe have a look at it again after that.”

The Wallabies will assemble on the Sunshine Coast on Thursday ahead of the series opener in Perth on July 2.

From there, they’ll battle it out with the English in Brisbane on July 9 and in Sydney on July 16.