Matildas’ teen prodigy Mary Fowler is set to take her game to the next level, after signing with one of world football’s biggest clubs.

The midfielder/striker, just 19, is relishing the chance to play alongside and against a host of superstars including Matildas’ teammate Sam Kerr who is the headline act with Chelsea.

“I’ve always wanted to go and play for a really big club and to get the chance to play for a club like Manchester City is just super special and I’m so grateful,” Fowler said.

“One of the greatest things about it is I’m going to be surrounded by a lot of top level players that are better than me. I’m going to have an opportunity to work with players that have so much more experience and I can learn a lot from them.”

Fowler has spent the past two seasons playing as a striker for Montpellier in France, after moving from Adelaide United.

When wearing the green and gold Fowler plays an attacking midfield role, with the striker duties going to Kerr.

She isn’t fussed about what position she plays for Manchester City – as long as she gets to run with the ball.

“It will depend on the style of play the coach decides to play,” Fowler said.

“I’m a very attacking minded player so whether it is on the wing, upfront or as an attacking midfielder, I just want to show my qualities and help the team in the best way possible. I don’t mind where I get put.”

Fowler, who made her Matildas debut as a 15-year-old, was one of the long list of stars rested for the friendlies with Spain and Portugal earlier this week.

Speaking as a Rebel Ambassador, at the opening of the new Penrith store, Fowler supported the medical and sports scientists teams’ decision to rest players. 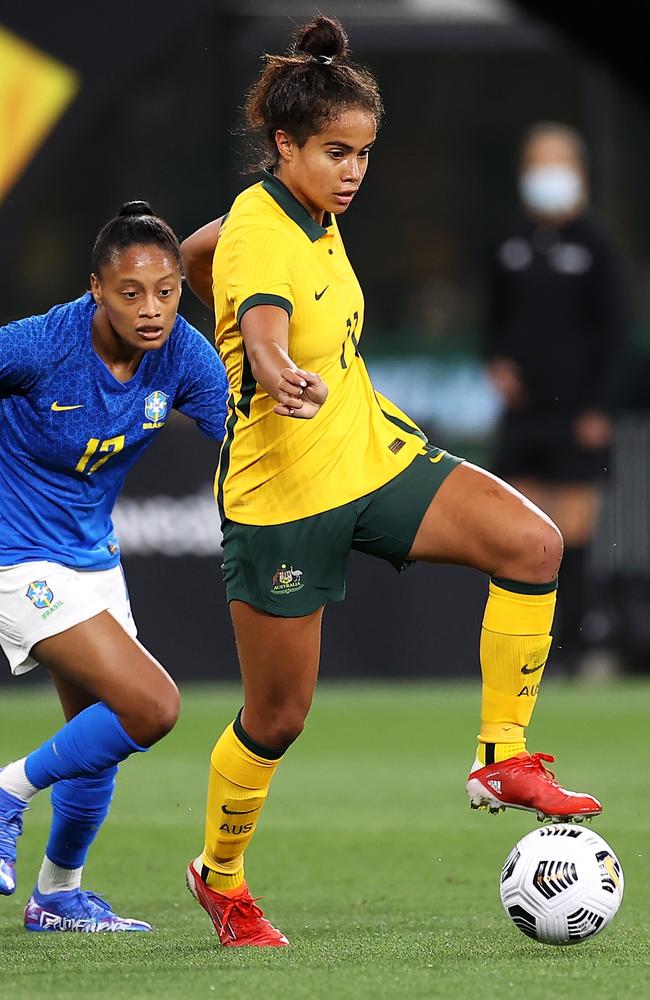 “I think the decision was made with the future in mind as we have the World Cup next year and I think it was for the best interest of the squad to rest some players and to get some new faces some experience,” Fowler said.

Australia suffered a 7-0 defeat against World No. 7 Spain and were lucky to escape with a 1-1 draw against Portugal.

“We can take these games and see how much we need to work on, it is not about praising everything. The results still weren’t in our favour, if we want to get to the World Cup and be in the best form possible as a team then we need to be very critical of ourselves as individuals so that we can all be in our best shape possible going into the World Cup,” she said.

“Getting the chance to play in a World Cup, let alone a home World Cup is just a really special time.” 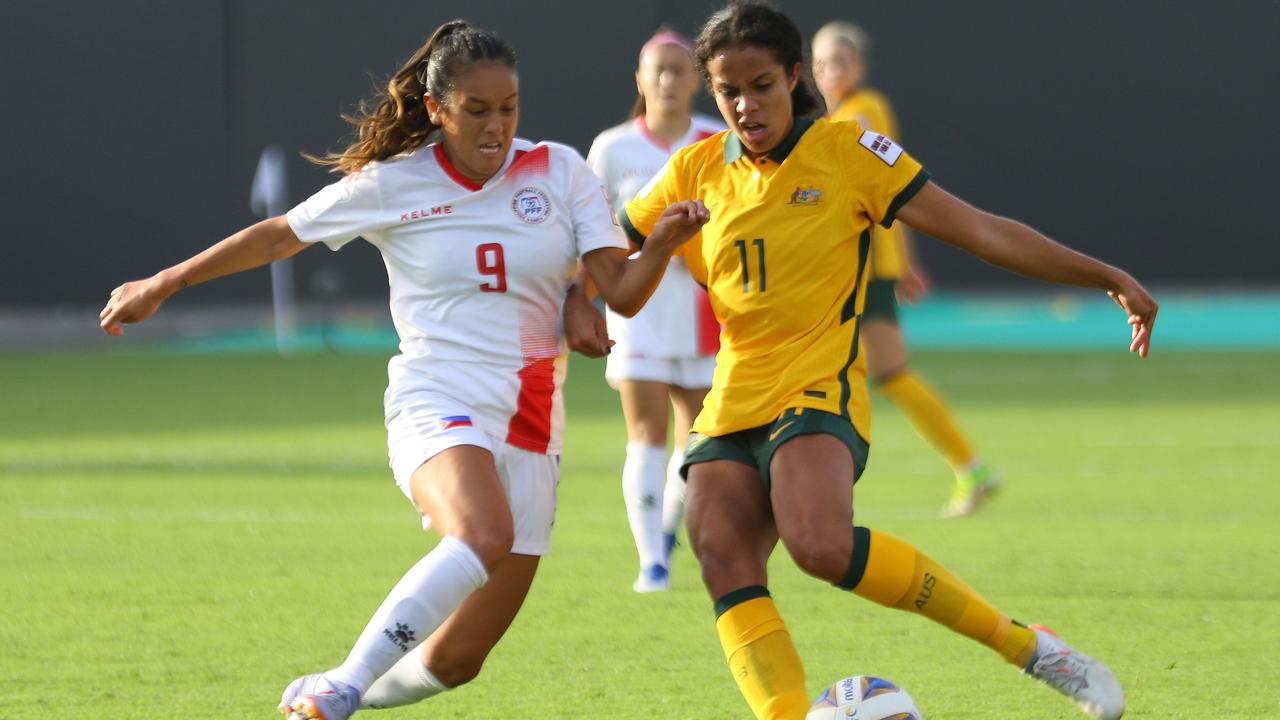 Man City believe Fowler is the one of the best young talents in the game and a perfect addition to their team. Picture: Getty Images.

“Mary is, without doubt, one of the most exciting young talents in the game right now and we’re absolutely thrilled to have her join us here at City,” Taylor said.

“She has a maturity beyond her years but for her, she’s excited to come to England to learn and grow as a player.

“The fact that she made her senior international debut at just 15 really does show what high regard she is held in by the football world and we feel as though she’ll fit right in here with our team at City.

“Having her put pen to paper on a four-year deal also speaks volumes about our own commitment and also ours as a Club to her development, and we can’t wait to start working with her.”

Fowler will jet off to the UK in a few weeks, arriving in her new home in time for the start of pre-season on July 14.