Cameron Munster’s manager is exploring all options for the Origin star as his price tag continues to soar after yet another masterclass.

Munster is the NRL’s man-of-the-moment following the Origin I masterclass which has seen his price tag soar once again as he prepares for Game Two at Perth’s Optus Stadium next Sunday night.

Munster has been locked in delicate contract talks with the Storm. There were initial fears he could be lost to the Storm after Melbourne tabled a two-year extension worth around $700,000 a season that was rejected by Munster’s management.

Off-contract at the end of 2023, Munster is on $1.1 million this year, but his perceived worth at Melbourne took a hit following his role in the white-powder scandal last year that almost saw him sacked by Storm bosses.

However, the 27-year-old’s stunning return to form this year - headlined by his Origin I brilliance and classy display in Melbourne’s 32-20 defeat of the Broncos on Friday night - is emphatic proof Munster is a $1 million playmaker. 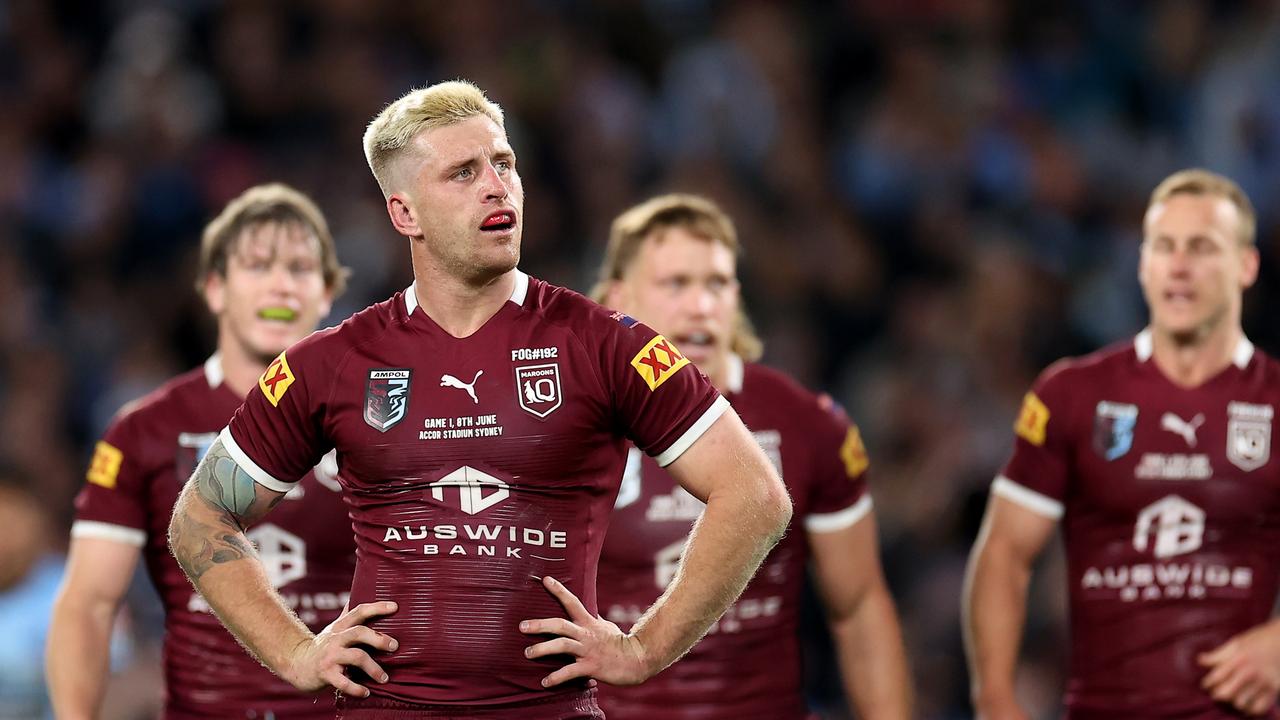 The Broncos are happy with their halves options and have ruled out making a play for Cameron Munster. Picture: Getty Images.

With the two parties struggling to find common ground on an upgrade, Munster’s manager Braith Anasta has explored options on the open market, suggesting Brisbane was one potential destination for the classy pivot.

The Dolphins also remain in the hunt and are desperate to secure Munster on a four-year, $1 million a season deal.

The Broncos have been linked with Munster to partner Adam Reyolds in the halves. Walters got a close-up look at Munster at AAMI Park on Friday night, but he insists Brisbane will not be entering the bidding war, saying he is rapt with the development of teenage sensation Ezra Mam at five-eighth.

“I’ve worked with Cameron in Origin, he’s a great player, but we’re really happy with what we have here,” said Walters, who handed Munster his Origin debut in 2017.

“Cam isn’t available for a couple of years anyway so it’s not really relevant for us.

“We have some good depth in the halves, Ezra Mam is doing a great job here and he is the future.

“Munster is in the top two or three players in the game at his best, so when a guy like him becomes available, I’m sure most clubs would want to have a crack at him.

“But personally I think all the noise around Cam has died down, I believe he will stay at the Storm.” Munster has been in incredible form in 2022 and his value is going up nearly every game. Picture: NRL Images

The Dolphins will be hoping to prove Walters wrong.

Just 14 weeks out from launching their historic pre-season on November 1, the Dolphins have yet to sign a marquee five-eighth or halfback.

Such is his desire to land Munster as his blue-chip signing for 2023, Bennett was prepared to buy out the final year of his Melbourne deal, but the Storm are playing hardball and will not entertain an early release.

Melbourne could run into salary-cap trouble trying to keep Munster but Bellamy pledged to fight tooth-and-nail to keep his coaching arch rival Bennett at bay.

“Without a doubt, I want Cam to stay and I’m confident he will keep him,” he said. 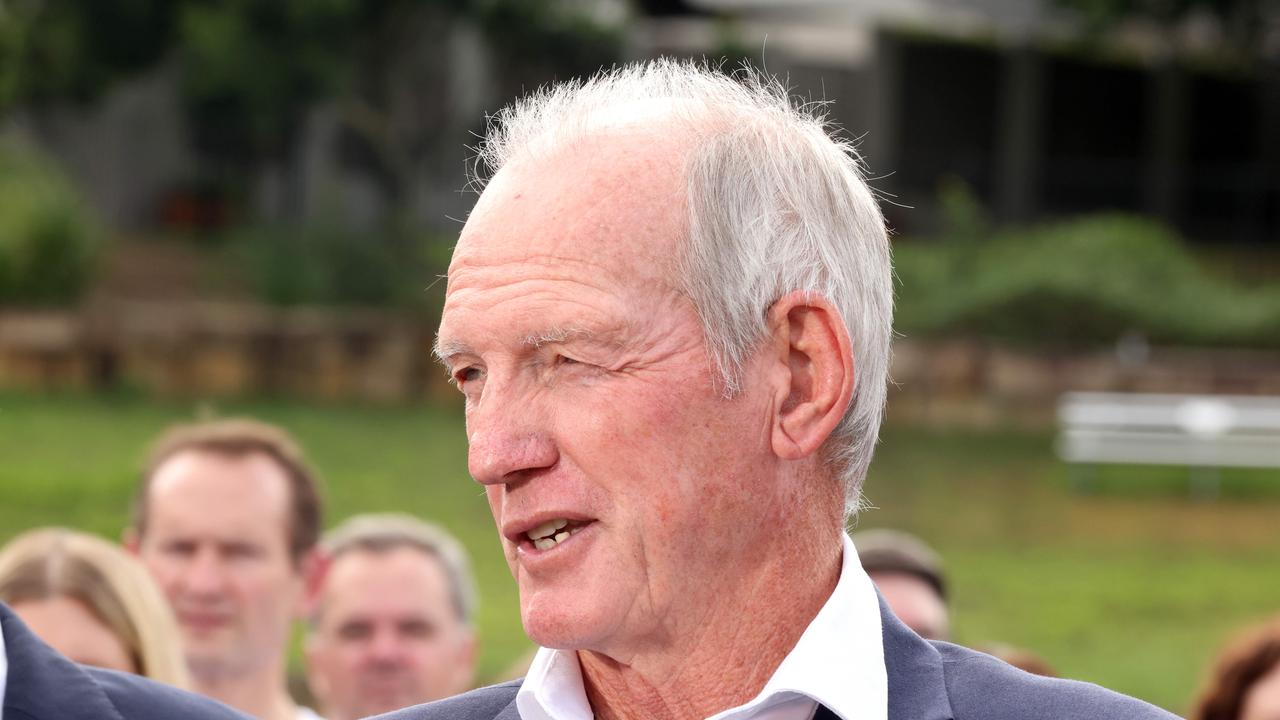 Dolphins coach Wayne Bennett is desperate to secure Munster as his marquee signing for the NRL’s new expansion franchise.

“At the end of the day, I just want Cam to do the best thing for him and his family.

“If he believes that’s at the Dolphins, I will understand, but I would like to think he thinks Melbourne is the best place for him.

“I don’t want to lose Cam, he is very important to us.

“He will have to make a decision, but the one thing I know is he will be here at Melbourne next year, there will be no early release, and I am confident he will be here for longer than that.”

A Melbourne faction wanted Munster sacked after the white-powder scandal last year. The fallout prompted Munster to enter rehab for help with alcohol and gambling issues. He has so strictly adhered to a 12-month booze ban he sipped water while Queensland teammates devoured cans of XXXX after their 16-10 boilover in Origin I.

Bellamy lauded Munster’s commitment to turning his life and career around in the space of nine months.

“I am really proud of Cameron for what he has done this year. It’s been massive,” he said.

“He had to turn his life around and while the situation wasn’t good for him and our club, it happened, and with all due respect, we’re almost glad it happened because he has got his off-field life and his footy life back to how it should be. 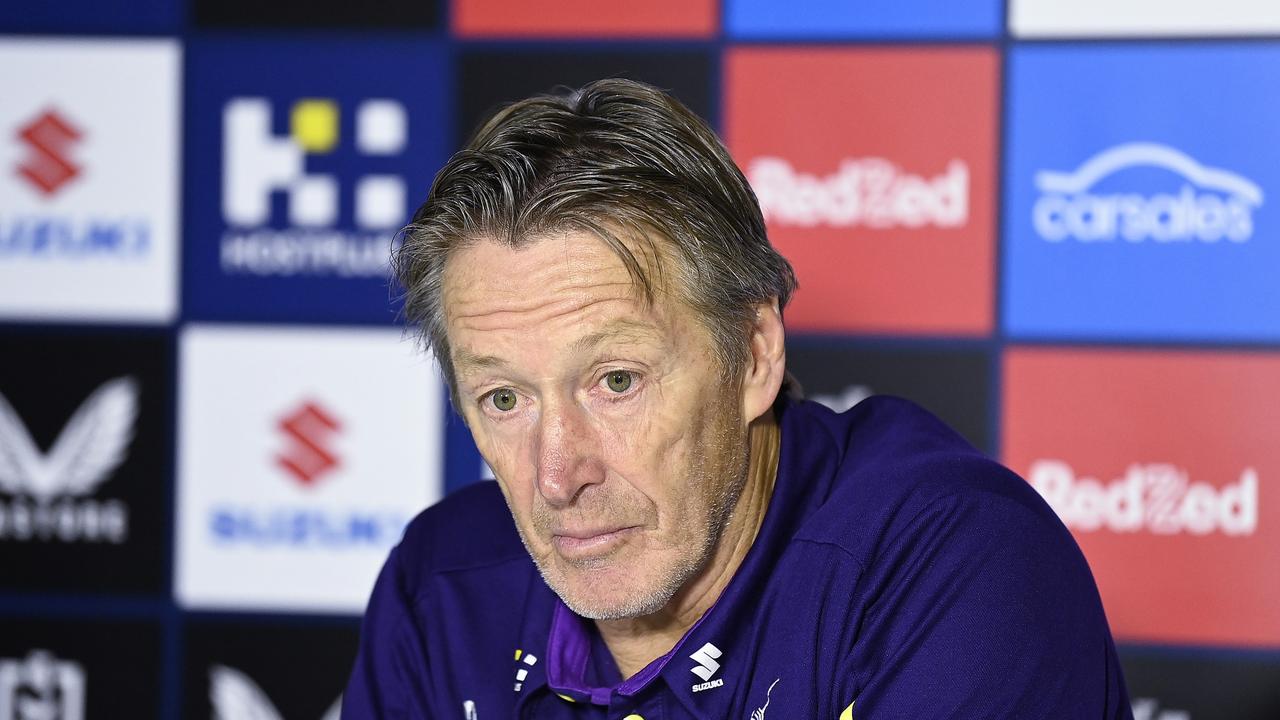 Storm super coach Craig Bellamy is confident Melbourne will win the fight to keep Munster away from the Dolphins.

“We all know how talented Cam is, but it was affecting his football and he needed to change.

Since coming out of rehab, he has stuck to his guns, he hasn’t had a drink and he hasn’t even been tempted from what I can see. He is now a father, he has a beautiful baby boy and that’s helped him mature. It wouldn’t have been an easy decision for Cam to make, but he made it and we are now seeing the results.

“I am not quite sure how close we came to letting Cam go. The bigger issue is we at the Storm wanted to help him, but he needed to help himself first and he has done that.

“I was always going to support him as an individual no matter what. I have known Cameron since he was 17. I know he is a genuinely good person, so I’m glad to see where he is at.”