NRL 2022: Maroons, Blues stars who are skyrocketing or plummeting in value after State of Origin heroics

More than a dozen NRL players who featured in Origin are free agents come November 1. We explore who lifted their value post-Origin and whose price dramatically dipped.

St George-Illawarra are in the midst of putting together a long-term deal for Ben Hunt to ensure he finishes his career at the club.

Off the back of his Origin heroics the Dragons are planning to sit down with Hunt and his management to explore what a potential new deal looks like for the St George Illawarra skipper. Already informal discussions have begun but talks will now ramp up for the million dollar man whose monster six year deal ends at the end of next year.

Hunt headlines News Corp’s investigation into the rising and fall stocks of Origin stars who are free to sign with rival clubs come November 1. 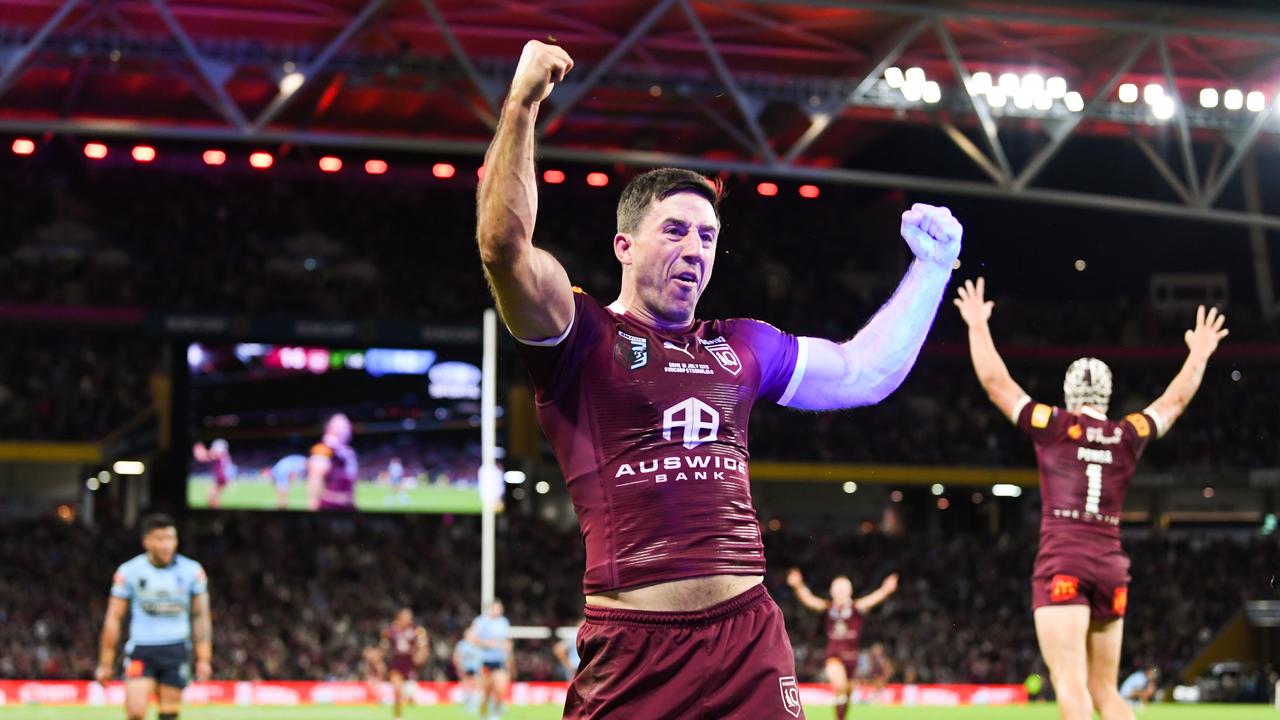 The Dragons are looking to lockdown Ben Hunt for the rest of his NRL career, but they may have to pay up even more after his Origin heroics. Picture: NRL Photos

The Dragons are in a delicate spot when it comes to Hunt. They want to keep their skipper but also know that rising talents Talatau Amone – who is off-contract at the end of next season – and Jayden Sullivan – who has a deal until 2025 – want a shot at full-time starting positions sooner rather than later.

Given Hunt’s continued good form it is understood the club are hesitant to switch him to the no. 9 jersey he starred in while playing for the Maroons this season. He is also keen to return to Queensland at some point.

Hunt is not the only 30+ Origin player who will face some robust conversations with their club side in the coming weeks.

Relegated NSW hooker Damien Cook is expected to be offered a two-year extension by South Sydney after the club too have had informal discussions with his management. The 31-year-old is looking for a deal which will take him until the end of the 2025 season but it remains to be seen if South Sydney will jump at that.

Despite missing game three because of Covid-19, Cameron Munster showed why he deserves to be one of the highest paid players in his position while rising stars Matt Burton and Jeremiah Nanai are in line for bumper pay days. Matt Burton’s value is also soaring after being a standout for NSW with his towering bonbs. Picture: NRL Photos.

Nanai was courted by half a dozen clubs already who were throwing the type of money around at the teenage prodigy that is usually reserved for established representative stars. He instead opted to remain a Cowboy for just 12 months but he could become one of the game’s highest paid edge forwards after showing he could handle the Origin series.

Burton was already destined for an increase from his $550,000 pay packet despite an option his way for 2024. The Bulldogs five-eighth won’t take up the option in his new deal as he eyes an upgraded deal worth about $850,000. The Tigers are understood to be keen on Siosifa Talakai.

The likes of veterans Tariq Sims and Daniel Tupou are in line for pay-cuts if they play on in 2024.

Meanwhile, Corey Oates (Brisbane) and Angus Crichton (Roosters) are yet to confirm deals for next season. The pair are expected to remain at their respective clubs.

Originally published as NRL 2022: Maroons, Blues stars who are skyrocketing or plummeting in value after State of Origin heroics

Bulldogs search is over as Gus finally gets his man

The Bulldogs’ search for a new head coach is over after finally landing in-demand Panthers assistant Cameron Ciraldo.