As the Omicron variant spreads at a worrying rate, a sharp rise in positive Covid cases has rocked the biggest sports leagues in the world. 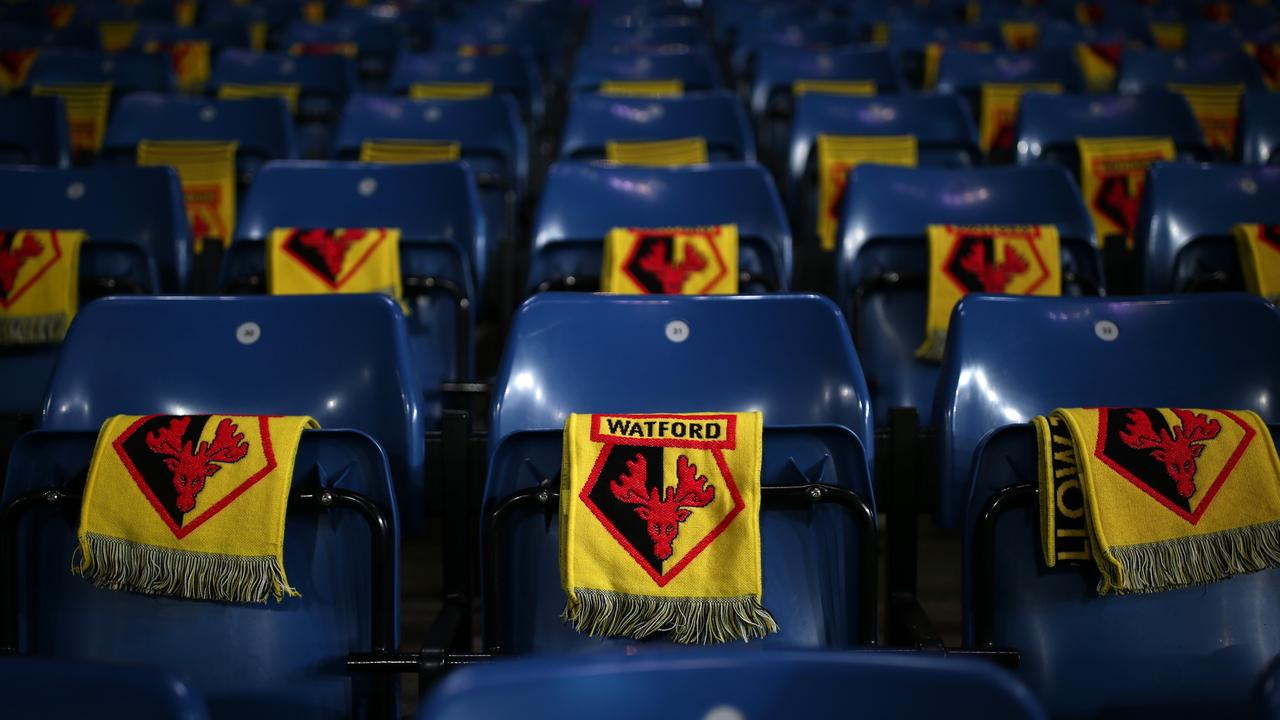 Sport has been hit hard by the virus. (Photo by Jan Kruger/Getty Images)

Sport around the globe is being rocked by increasing positive Covid-19 cases as the Omicron variant spreads rapidly.

The English Premier League has been affected, while the NFL and NBA in America are also dealing with outbreaks of their own that threaten to derail seasons.

Here’s what’s been happening when it comes to Covid’s impact on the world’s biggest sports leagues.

‘Out of control’: EPL match postponed

Watford’s Premier League clash at Burnley was postponed less than three hours before kick-off because of “an ongoing Covid outbreak” within the Hornets’ squad.

Burnley revealed the match at Turf Moor had been cancelled at the last minute after their opponents were hit by the coronavirus.

“Burnley Football Club can confirm tonight’s match against Watford has been postponed due to an ongoing Covid outbreak within the opposition squad,” the Clarets said in a statement.

It was the third Premier League game to be postponed due to Covid in the last week as the new Omicron variant causes havoc in England’s top-flight.

Tottenham’s trip to Brighton last Sunday was called off due to an outbreak at the north London club, while Manchester United’s match at Brentford on Tuesday was cancelled after the Old Trafford club’s positive tests.

Several matches in the second-tier Championship have also been postponed recently because of Covid cases.

“The decision was taken following guidance from medical advisers due to an ongoing Covid-19 outbreak within Watford’s squad. As a result, the club has an insufficient number of first-team players available to fulfil the match.

“The Premier League understands this decision will disappoint and frustrate fans who were due to attend this evening’s game and apologises for the inconvenience and disruption caused at such short notice.

“In considering any application to postpone, the board considers a range of sporting and medical factors. Each decision is taken on a case-by-case basis with everyone’s health of utmost importance.”

England football great Gary Lineker tweeted: “Burnley v Watford has been postponed. A Covid outbreak at @WatfordFC. Seems to be getting out of control.” Empty stands were the order of the day in Burnley. Picture: Getty Images

United, Tottenham, Brighton, Leicester, Norwich and Aston Villa had already been hit by the virus over the last week.

The Premier League has responded to the growing number of positive cases by introducing strict virus protocols. Players and staff must take a lateral flow test every time they enter their club’s training ground.

Twice-weekly PCR testing is also reported to have been introduced after a clubs’ shareholders’ meeting on Tuesday.

The increased testing will sit alongside the other recently introduced emergency measures, including face coverings, limiting time in the treatment room and observing social distancing.

NFL rocked by dozens of cases

The Browns said in a statement Mayfield was among five players placed on the Covid-19/reserve list, a day after eight Cleveland players were put on the list.

Under NFL confidentiality rules, teams are not allowed to say whether players placed on the list have tested positive for Covid-19 or have been in contact with someone infected with the virus.

The cases in Cleveland are part of a sharp uptick in cases that has swept through sport in North America this week, with basketball and ice hockey both forced to postpone games because of rising cases. The NFL, NBA and National Hockey League were scrambling to counter a sharp uptick in coronavirus cases as the Geneva-based World Health Organisation warned the new Omicron variant was spreading at an unprecedented rate.

After a relatively untroubled opening three months of the American football season, Covid-19 has returned to stalk the NFL with a vengeance in the past week. A day after the NFL reported a sharp spike in Covid-19 cases — with 37 recorded in a single day on Monday — the Los Angeles Rams and Cleveland became the latest teams to be hit by the virus.

The Rams closed their practice facility and entered the NFL’s intensive safety protocols after nine players were placed on the reserve/Covid-19 list.

Rams staff will work remotely this week and more cases are expected in what head coach Sean McVay said was a “uniquely challenging” situation.

On Monday, US reports said a Washington employee — not directly involved with the playing or coaching staff — had tested positive for Omicron, the first known case of the variant in the NFL.

No escape from Covid in the NBA James Harden was a big-name player forced to sit out. Picture: Getty Images

In the NBA meanwhile, the Los Angeles Lakers cancelled a scheduled practice session on Wednesday after Talen Horton-Tucker tested positive.

Jevon Carter and James Johnson were also added to the Covid-19 list on Wednesday, joining the Nets’ Paul Millsap, who entered the protocols on Tuesday.

On Tuesday, the NBA said Chicago’s games against the Detroit Pistons on Wednesday and Toronto Raptors on Friday had both been called off, the first games of the season to be postponed due to Covid-19.

Ice hockey was also facing a Covid resurgence. On Monday, the NHL postponed Calgary Flames games through to December 16 after six players and a member of staff entered the Covid protocols.

Seven NHL teams reported new Covid cases on Wednesday, and the Carolina Hurricanes were forced to postpone their game with the Minnesota Wild after an outbreak.

Covid-19 concerns have also placed a question mark over the participation of NHL stars at next February’s Winter Olympics in Beijing.

NHL Players Association executive director Don Fehr said on the weekend that a lack of “concrete answers” from Beijing Games officials about Covid-19 protocols, including quarantine rules, was creating uncertainty among players.

Speaking on a video conference call on Tuesday, USA Hockey executive director Pat Kelleher said that, although officials received fresh guidelines on Tuesday, they were still awaiting clarity on quarantine rules for any player testing positive for Covid-19 in China.

“We are certainly hopeful that all systems will be go by the time we get ready to go to Beijing,” Kelleher said.

“But there’s certainly work to be done. There are a lot of moving parts, a lot of things to be discussed and hopefully answered so that everybody can feel the best about sending the best players from the NHL.”