Not only is the Sunshine State plotting to get the marquee games in 2029 but Queensland officials have quietly floated the idea of hosting the entire tournament.

The idea is to stage the entire event along the state’s seaboard – using stadiums in Townsville, Brisbane, Sunshine Coast and Gold Coast.

The final would take place at the 52,500-seat Suncorp Stadium, which was considered too small for the men’s tournament but is bigger than New Zealand’s Eden Park, the venue for this year’s Women’s Rugby World Cup. Marika Koroibete charges to the line in Brisbane.

Matches would also be played at the revamped Ballymore Stadium, the new headquarters for the Wallaroos, under a proposal that would dramatically reduce travel costs.

But it’s not the only option on the table.

There is also an option to stage the event nationally, with matches in most states and territories, as well as another recommendation to split the tournament between Queensland and New South Wales, which would include Sydney, Newcastle and possibly Wollongong.

Although talks have begun, event organisers are still a long way from making a decision with Josephine Sukkar, the president of Australian Women‘s Rugby, saying there was no need to rush.

‘We need to grow the game everywhere,” she said.

“By the time this comes around, everything will be so different, not just the game and the support but the number of girls and women playing.” 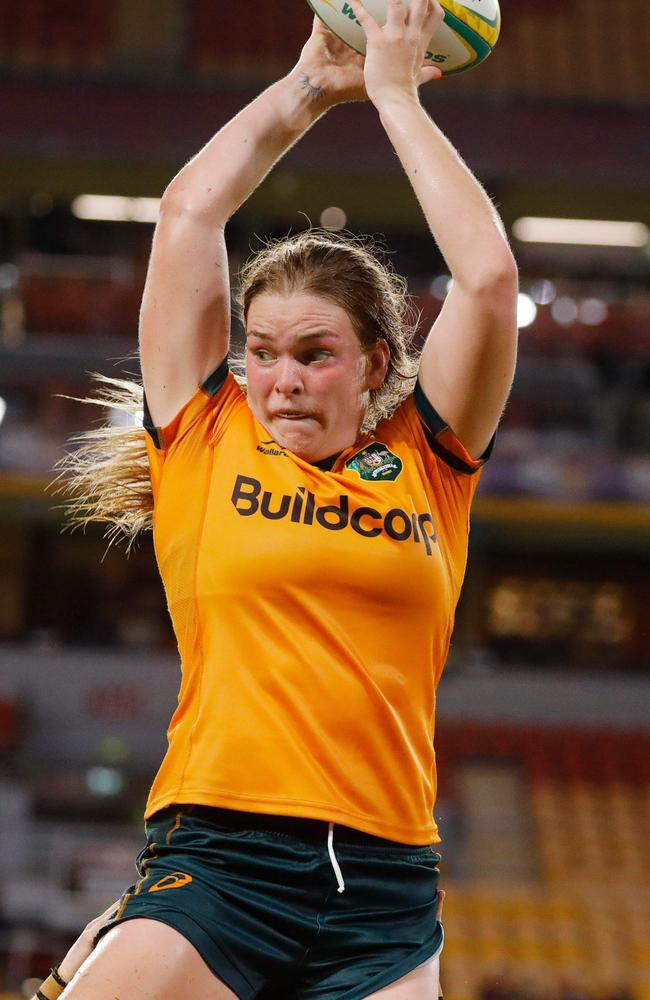 Queensland is plotting a bid to host the entire women’s World Cup. 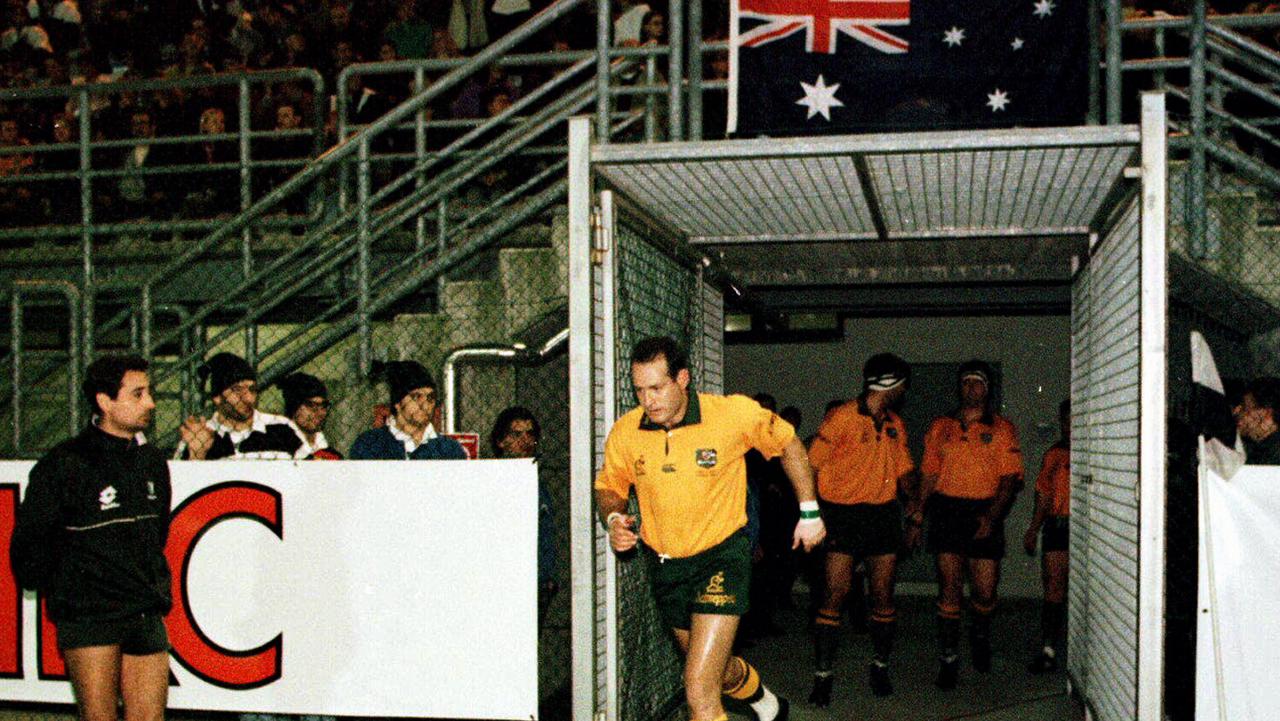 David Campese leads Wallabies teammates out onto field for his 100th RU test match for Australia against Italy in Padova.

The final planning for the Wallabies end of season tour to Europe remains in limbo because Italy have still not decided on a venue to play their match.

The third leg of Australia’s five-game tour, the Wallabies match against the Azzurri is locked in for November 12 but no-one knows where yet because the Italians have a history of mixing and matching venues.

For the 10 previous tests the Wallabies have played in Italy – a total of seven venues have been used: Rovigo, Rome, Padua, Genova, Padova, Florence and Turin.

The only common thread is that Australia has won every time. The Wallabies will soon take on Eddie Jones’ England.

The Wallabies squad for the first Test against Eddie Jones’ touring England side is expected to be announced early in the week of the Super Rugby Pacific final, regardless of whether any Australian teams make the decider.

The Brumbies are the only Aussie side under double figure odds so there’s every chance the Wallabies players could all be done with Super Rugby anyway when the Test squad is named in early June.

The Poms are due to land in Perth – the venue for the first Cook Cup Test – on June 23, with a smaller than usual media pack.

Only about a dozen British reporters will be reporting live on the tour – a far cry from the days when there were Fleet St’s finest than players making the journey.

Fijian Drua will be based in Fiji for next year’s Super Rugby Pacific season.

The Drua were based in northern NSW this year but have been cleared to return home in 2023.