Shayna Jack is returning home to Australia for surgery after breaking a bone in her left hand in a freak accident at the world swimming championships.

Shayna Jack is returning home to Australia for surgery after breaking a bone in her left hand in a freak accident at the world swimming championships in Budapest.

Jack fractured her fourth metacarpal, one of the tiny bones in the palm that connects the fingers to the wrist, after she got tangled in the suit of another swimmer.

Told straight away by team doctors that it was almost certainly busted, the 23-year-old Queenslander was immediately taken to a nearby Hungarian hospital for x-rays.

She posted a picture of herself sitting on a hospital bed with her left arm in plaster then returned to the pool to cheer on her team mates from the stands.

“Thank you everyone for your support and well wishes. The past couple hours I have been in shock and disbelief,” she said on Instagram. Shayna Jack pictured at the hospital

The Australian head coach Rohan Taylor told News Corp the bizarre accident happened while Jack was warming up in one of the practice pools at the Duna Arena before the heats of the women’s 100 metres freestyle.

“She was coming into the wall, basically taking a stroke into the wall and a girl in front of her, some swimmer, just turned and pushed off and as she went by, her finger got caught in the suit,” Taylor said.

“She thought she’d just dislocated it first so got out and called the doctor (Luke Eggleston).

“He said ‘we’ve got to get you to a hospital for an X-ray’ because they could see an indentation.”

The good news for Jack is that the scans showed it was a clean break so she is heading home to Australia to go under the surgeon’s knife.

If all goes well, she hopes to rejoin the Australian team at their training camp in Chartres, France before the Commonwealth Games.

“She’s very, very determined to get that done and get back on the team and participate and I said ‘great we’re happy to have you back. We want you back,” Taylor said.

“She was in pain, but she’s just tough. She was teary when it happened but she’s quickly just gone ‘this is what I’ve got to deal with and get on with the show.” 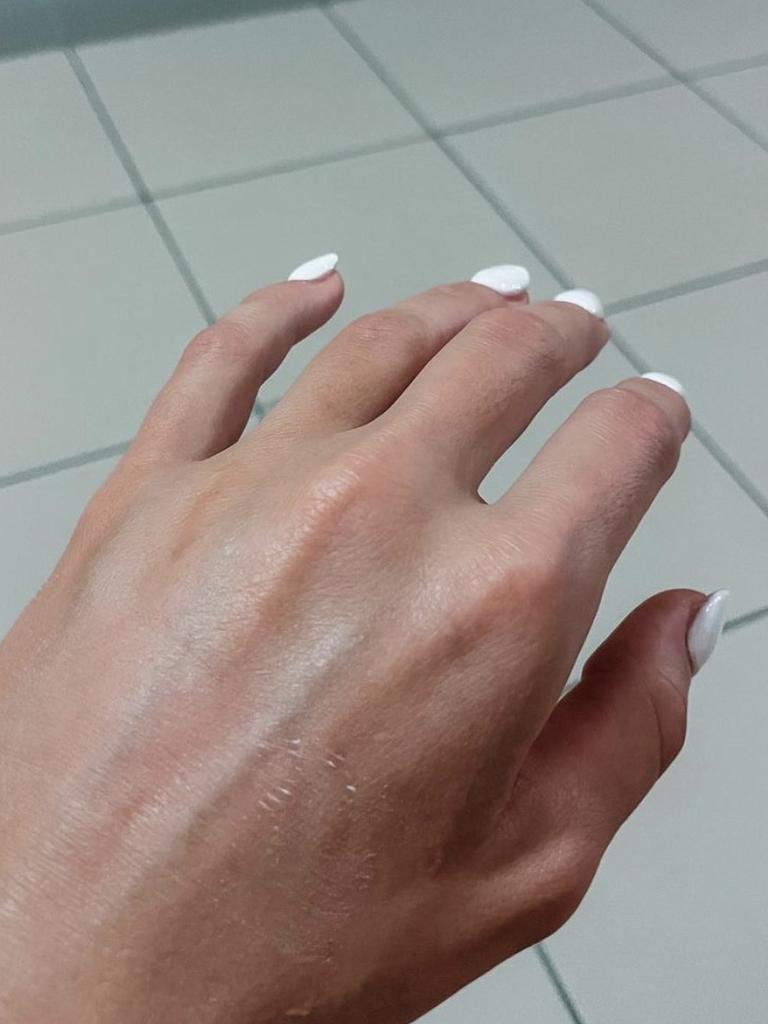 In her first competition since returning from a two year doping ban, Jack has been one of the brightest stars of the Australian team in Budapest, winning a gold and silver medal in the relays.

She also qualified for two individual events - 100m and 50m freestyle - and was rated a strong chance of getting a medal.

Australia’s lone representative in the women’s 100m - Mollie O’Callaghan - qualified fastest for Thursday’s final then returned to the pool about an hour later for the 4x200m freestyle relay.

O’Callaghan has collected three medals herself - two silvers and a gold - and still has four more events to come.

Australia hasn’t won any gold medals since the first day of competition but has a great chance of adding some more on Thursday with Zac Stubblety-Cook and Jenna Strauch both setting the fastest times in their 200m breaststroke semifinals.

THE FREAK INCIDENT THAT ENDED WORLDS

Shayna Jack’s roller-coaster return to the top of world swimming has ended prematurely — and in tears — after she broke her hand in a freak accident in Budapest.

Jack was warming up in one of the practice pools at the Duna Arena before Wednesday’s 100 metres freestyle heats for women when she hit her hand on the wall.

She knew straight away that something was wrong with team officials suspecting she had fractured a bone.

Jack was sent to a nearby hospital in the Hungarian capital for x-rays, but has already ruled herself out of the rest of the championships.

“Due to an unfortunate incident in this morning’s training session, I have broken my hand,” she posted on Instagram.

“I’m am broken-hearted to announce that I have to withdraw from the rest of the competition and that I won’t have the opportunity to achieve everything I wanted to.

“However I am still so proud of what I’ve achieved, how far I’ve come and the amazing team mates I’ve been able to medal with. As I always do I turn my focus to the future, and that is the Commonwealth Games. Starting this afternoon I’ll be back in the pool doing a kick session.”

In her first international competition since returning from a two year doping ban, Jack has been one of the brightest stars of the Australian team in Budapest winning a gold and silver medal in the relays.

She had also qualified for two individual events - 100m and 50m freestyle - and was among the medal favourites based on her stunning performances at last month’s Australian trials, which she has carried over to Budapest.

Although she indicated it’s business as usual, it was initially unknown whether Jack will be able to race at next month’s Commonwealth Games in Birmingham, with team officials waiting to hear back from the doctors. 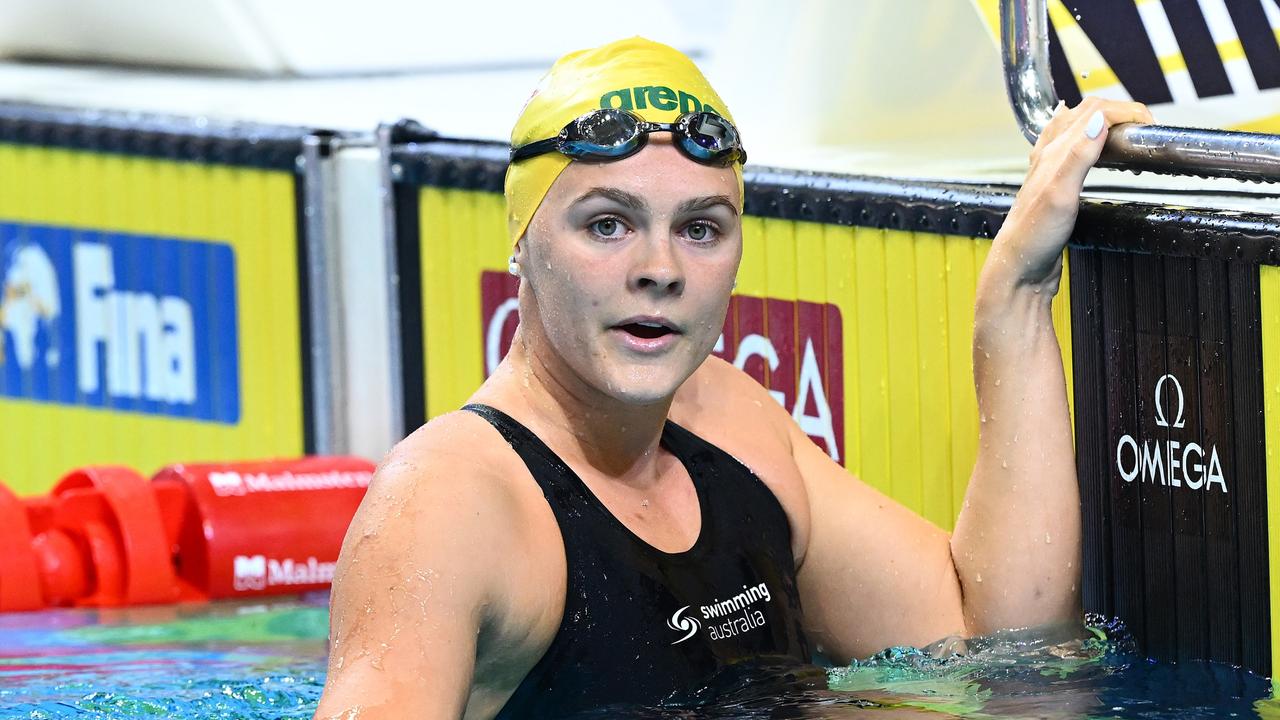 Shayna Jack is out of the world championships. Picture: Quinn Rooney/Getty Images

Jack was all smiles the night before her accident after winning a silver medal in the mixed medley relay.

One of her team mates on that relay - Kaylee McKeown - replied to Jack’s posting on social media by saying “Proud of you.”

Jack has had rotten luck at the world championships.

She didn’t make it to the last edition in 2019 after she was sent home during a final training camp for a positive test she maintains she was innocent of.

She has been to hell and back in the three years since but succeeded in having her initial four year ban halved so she could make her return in Budapest.

After winning gold earlier in the week, she told News Corp, she’d been blown away by the support she’d had since returning to the pool.

“For me, I’ve lost my swimming career before so coming here, I had nothing to lose. I’m here to race, I’m here to have fun, I’m here to embrace the experience with everyone on the Australian team and other teams as well,” she said.

“Everyone’s been very supportive, not just the Aussies. I’ve definitely been welcomed back with open arms and that’s been such an amazing, uplifting feeling.”

Jack’s coach Dean Boxall was expecting big things from her in the individual races, saying he was amazed at her ability to perform under any circumstance.

“She loves it. She absorbs it. She understood the pressure was going on but Shayna can handle it.”

Jack’s teenage team mate Mollie O’Callaghan was Australia’s lone entrant in the 100m freestyle heats, but posted the fastest time overall to advance to the semifinals as the top seed.