Novak Djokovic’s pursuit of an unprecedented 21st grand slam title is on, after receiving a medical exemption to play in the Australian Open. Novak Djokovic confirmed on Instagram that he received a medical exemption to play in the Australian Open without being vaccinated for COVID-19. Picture: Mackenzie Sweetnam/Getty Images

In news that is sure to draw a mixed reaction in Australia, the world No.1 confirmed on Instagram that he has received a medical exemption to compete without being vaccinated for COVID-19.

Tennis Australia CEO Craig Tiley had confirmed earlier in the week that a handful of players had been granted medical exemptions to compete at the season-opening grand slam, starting at Melbourne Park on January 17.

But, he said, the identity of each specific player would not be revealed unless the athlete involved chose to do so.

“There are two medical panels that assess any application, and they assess it in a blind way. They don’t know who the applicant is.

“Against the guidelines, an exemption gets granted or not. The reason for granting the exemption remains private, between the panel and the applicant.

“We know of athletes that have applied for an exemption and in cases, it’s been granted.

“Some of those [players] have indicated that they’re here, but that’s up to the athlete, to disclose and [decide] whether they want to share that information.” Until now, Djokovic had refused to disclose his vaccination status, but posted on Tuesday night on Instagram: “I’m heading Down Under with an exemption permission.”

The initially negative reaction on social media is likely to mirror the reception he will receive at Melbourne Park, despite a peerless record at his most successful tournament, given the city‘s 200-plus days in lockdown during the pandemic so far.

Further, CODE understands that the Serbian has rented a house in Melbourne’s leafy inner-east, where he and an entourage of three will arrive on Wednesday night.

Having withdrawn from this week’s ATP Cup in Sydney, the Serbian team confessed to uncertainty about whether Djokovic would be in Melbourne, as reports emerged that he was practising in Marbella, Spain, with Dunlop-manufactured Australian Open balls.

The Australian Open confirmed that Djokovic was granted a medical exemption in a statement released on Tuesday night.

“Novak Djokovic will compete at the Australian Open and is on his way to Australia,” the statement read.

“Djokovic applied for a medical exemption which was granted following a rigorous review process involving two separate independent panels of medical experts. One of those was the Independent Medical Exemption Review Panel appointed by the Victorian Department of Health. They assessed all applications to see if they met the Australian Technical Advisory Group on Immunisation (ATAGI) guidelines.” 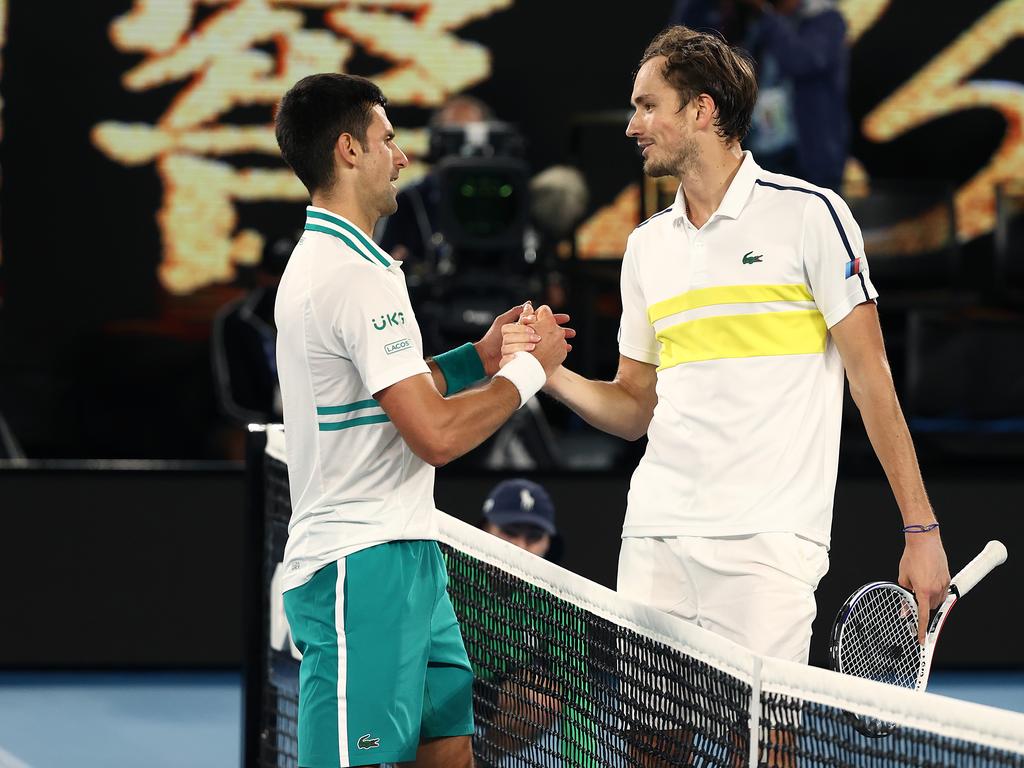 The Australian Open statement also clarified how the world No.1 applied for a vaccine medical exemption.

“The COVID-19 vaccination protocols for the Australian Open, including the process for players seeking medical exemptions, have been finalised by the Victorian Department of Health and Tennis Australia,” the statement read.

“Under an independent process, applications for a medical exemption were first reviewed by an expert panel made up of doctors from the fields of immunology, infectious disease and general practice.

“Applications that met the national guidelines set by the Australian Technical Advisory Group on Immunisation (ATAGI) were then subjected to a second review conducted by a Government-appointed panel of medical experts, the Independent Medical Exemption Review Panel.

“The applications were reviewed and approved only in line with ATAGI guidelines.

“The process included the redaction of personal information to ensure privacy for all applicants.

“The multi-step independent review process was designed to ensure the safety of everyone at the Australian Open.

Australian Open Tournament Director Craig Tiley said players, fans and staff at the Australian Open must be fully vaccinated, unless there is a genuine reason why an exemption should be granted.

“Fair and independent protocols were established for assessing medical exemption applications that will enable us to ensure Australian Open 2022 is safe and enjoyable for everyone” Craig Tiley said.