Tennis’ most iconic tournament is facing disaster over its decision to ban Russian players – and it could have enormous ramifications among the wider playing group.

Wimbledon’s leaders are holding crisis talks with the ATP after the top men’s players urged the tour to withdraw all ranking points from the tournament after the decision to ban competitors from Russia and Belarus.

The tournament and the other three grand slams are worth 2,000 ranking points each to the winner of the men’s and women’s singles, making them twice as important as the next-biggest category of events in the tennis calendar.

The players’ argument is that it is unfair to award ranking points if those such as Daniil Medvedev, the world No 2, are banned from competing; the ATP is due to make a decision before the end of the week. 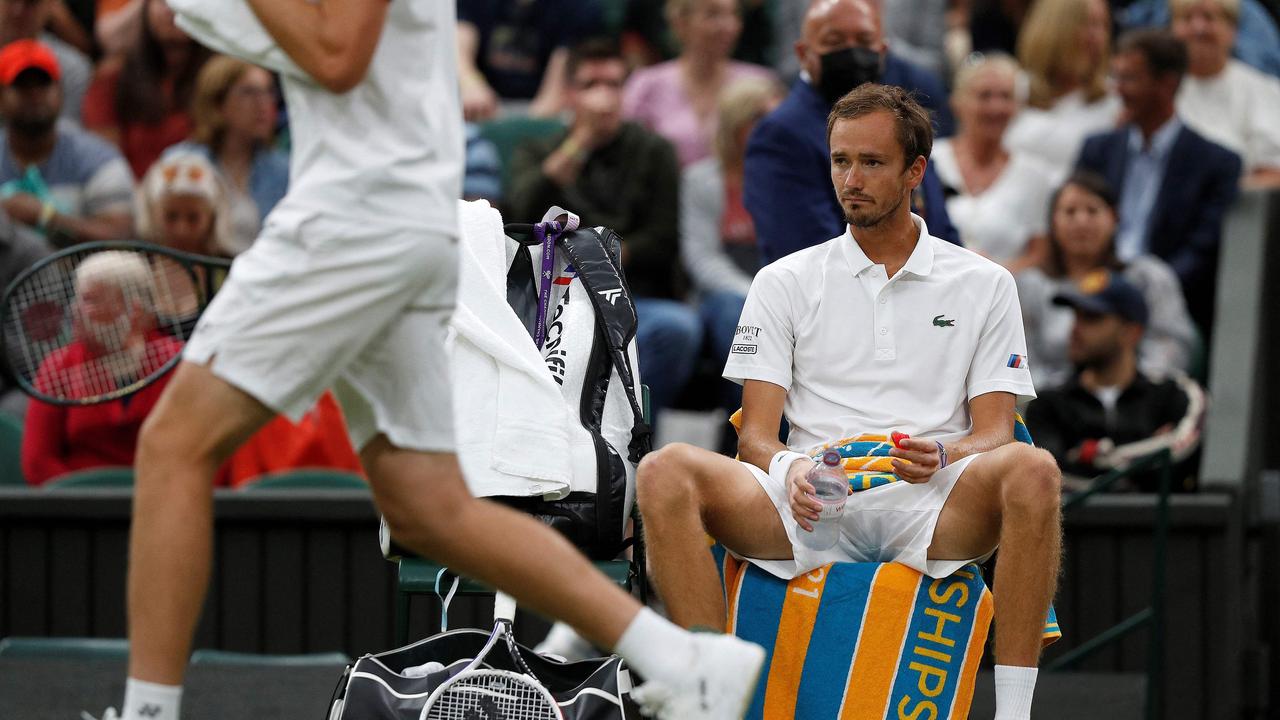 As it stands, Daniil Medvedev (R) will be unable to play at this year’s Wimbledon due to the Russian ban, Picture: Getty

The ATP and WTA criticised Wimbledon’s ban when it was announced last month but so far there has been no move by the women’s tour to consider withdrawing the ranking points.

Wimbledon has told the ATP it will not back down, however, and insiders have pointed to the original justification for the ban.

The All England Lawn Tennis Club said last month it was acting to “limit Russia’s global influence through the strongest means possible” and added: “In the circumstances of such unjustified and unprecedented military aggression, it would be unacceptable for the Russian regime to derive any benefits from the involvement of Russian or Belarusian players.” Aryna Sabalenka, of Belarus, is another top star who would be banned from Wimbledon under current rules. Picture: AFP

There have also been fears that Russia could use any success by its players as propaganda, especially if the Duchess of Cambridge has to present them with a trophy.

Kate is the royal patron of the All England Club and would be expected to present trophies to the singles winners, especially as it is the centenary celebrations of Centre Court this year.

The government has been fully supportive of Wimbledon’s position and while it will not intervene if the ATP withdraws the ranking points, it is likely to make clear its displeasure.

As recently as last month, Wimbledon was adamant rules for Russian and Belarussian players will not change despite widespread criticism from the players, the ATP, WTA and ITF.

Russian star Andrey Rublev labelled it “complete discrimination”, world No.1 Novak Djokovic said it was “crazy” while the typically diplomatic Rafael Nadal described it as “the most drastic option. Two of the greats... Rafael Nadal (L), pictured with Roger Federer, has spoken out against the ban.

But AELTC chairman Ian Hewitt defended the move and said it had taken into account UK government guidance which has the goal of limiting Russian influence.

“In that sense it’s not their fault what’s happening in this moment with the war.

“I’m sorry for them. I wish it was not this way, but at the end of the day we know that this is what we have.”

Murray meanwhile was a little more diplomatic when asked about his home slam’s stance preferring to take aim at government.

“My take is that it’s an unbelievably complex situation,” he said.

“I have spoken to some of the Russian players, to some of the Ukrainians. I feel really bad for the players who aren’t allowed to play and I get that it will seem unfair to them.

But I also know some of the people who work at Wimbledon as well and I know how difficult a situation they were in as well. 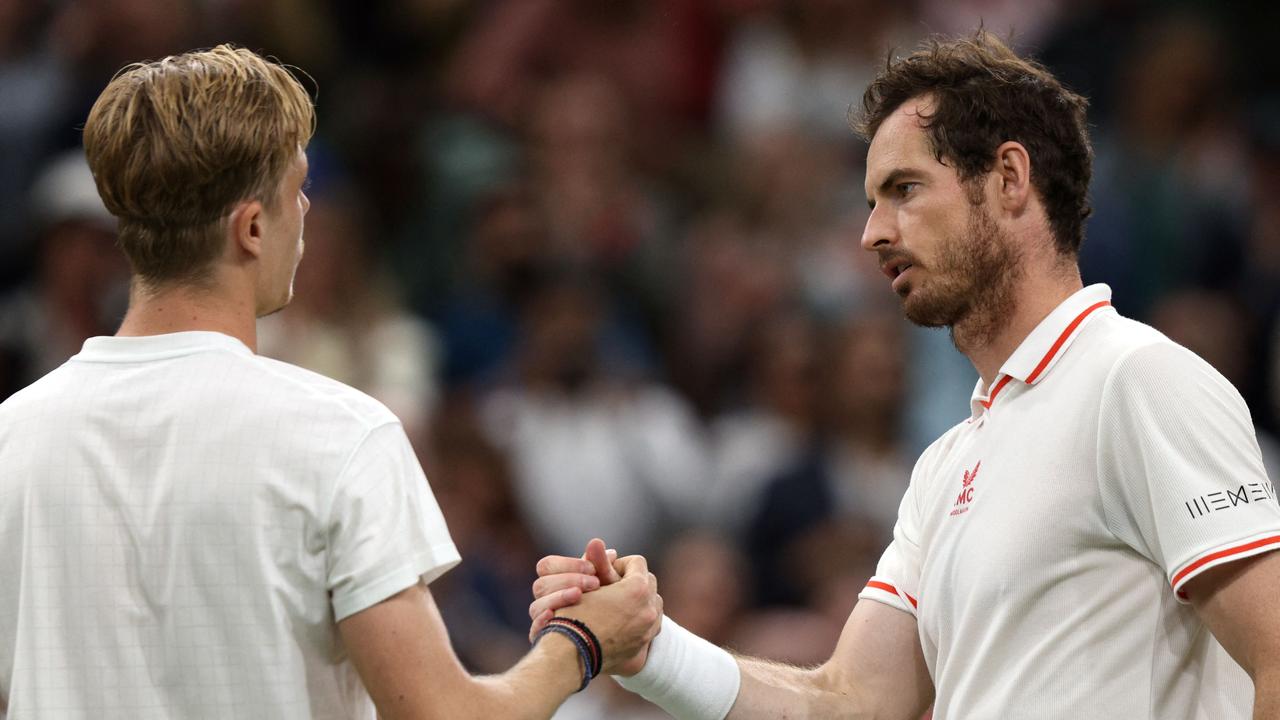 “Some of the stuff that I haven’t agreed with is that, ‘Oh, well, Wimbledon only cares about itself, it doesn’t care about the players’.”

“They do care about the players and I don’t think that is a fair criticism of them. I think that the guidance from the government was not helpful because my understanding was that Russians and Belarusians can play if they sign a declaration that they’re against the war and against the Russian regime.

“‘I’m not sure how comfortable I would feel if that was a decision that was taken because if something happened to one of the players or their families, that’s obviously not good either.