Tai Tuivasa emerged as the biggest winner of UFC 271 thanks to a stunning KO. He earned a $50,000 bonus, is about to take his ranking as high as No.3 – and potentially headline on home soil.

Mt Druitt heavyweight Tai Tuivasa could be headlining an Australia blockbuster by August, with UFC president Dana White confirming his interest in having the fight company “travel around having fun again”.

While Israel Adesanya retained the middleweight title at UFC 271, it was 28-year-old Tuivasa who emerged the biggest winner thanks to his stunning KO of American cult favourite Derrick Lewis.

Apart from his vicious elbow earning a UFC $50,000 bonus – which will come in handy as he jets out this week for Cancun, Mexico – the fighter dubbed “Bam Bam” is also about to take his ranking as high as No.3

That, and potentially headline on home soil.

Already, senior UFC executives have been in talks to bring a Pay-Per-View Down Under in the second half of this year, with August the month being mentioned. New Zealand superstar Adesanya has also spoken of wanting to headline himself in Australia sometime in 2022, while also revealing after his decision win over Robert Whittaker that he wants back into the cage by June.

Adesanya and Tuivasa would be an outstanding Australian double act, especially given the street fighter from western Sydney has now kayoed the division’s No.3 contender.

Asked about his company returning to the road as the ongoing Covid pandemic eased, White said: “I told you guys it would be Texas, Las Vegas, Florida for a while, and I was right.

“So if that happens we’ll start travelling around and having fun again.” The UFC boss also downed beer backstage from a "Shoeyvasa" – the new, plastic skolling device that, created by Tuivasa, and shaped like a shoe, allows punters a Shoey experience without ruining their kicks

So as for how he went?

“He downed the whole thing.”

As for who the new UFC heavyweight contender would like to fight next – Ciryl Gane, Stipe Moicic, maybe even champion Francis Ngannou?

“I heard there’s the Stipes and Ciryl Ganes and all that up there.

“But this is my job. Tai Tuivasa could be headlining an Australia blockbuster by August. Picture: Getty Images

Despite his devastating finish, Tuivasa also showed tremendous courage, and some chin, when taken down by Lewis in round one and held against the cage.

While the Aussie was eventually able to find his feet, it was only after taking several heavy head shots from that man with most knockouts of any UFC heavyweight.

“That was pretty much it.

“But while I got hit, I didn’t feel I was in danger.

“I just thought, move or you’ll be in danger. So I was all right.

“I’ve said it before and I’ll say it again, I’m a banger from western Sydney — and we bang on with anyone.”

“I was Mark’s punching bag for a long time. I think he trained me up well enough. One of UFC’s all-time greats is predicting big things from an Aussie making his comeback after the longest lay-off in the sport’s history. Your preview of UFC 278 from Salt Lake City, USA, on Sunday 21 August plus how to watch live and exclusive at Main Event on Kayo. Tyson Pedro’s relationship with his father isn’t complicated. They’re best mates. Even after dad knocked his teeth out and stabbed him, he was there to save him in his darkest hour. 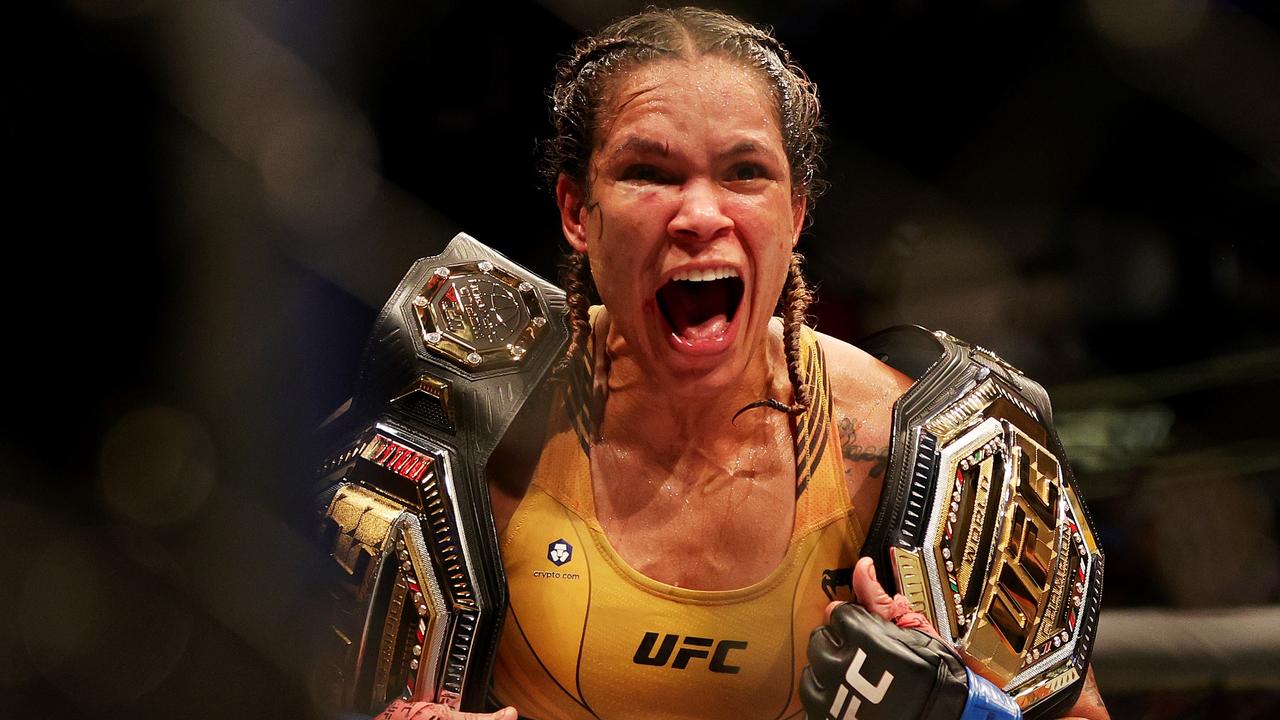