Winter Paralympics: All the action from day four in Beijing as Aussie contingent chases gold

Even Ben Tudhope, in all his snowboarding optimism and brilliance, admits he thought his medal hopes were dashed when he entered the lower stages of the Men’s Snowboard Cross SBLL-2 Big Final in last place.

Tudhope, 22, broke through for his long-awaited Winter Paralympics medal on Monday afternoon, claiming bronze – Australia’s first medal of the 2022 Games – after surviving a dogfight down the Zhangjiakou Genting Snow Park slope.

Considered one of the big gold medal fancies alongside his ‘Team Unicorn’ teammate and eventual winner Matti Suur-Harami of Finland, Tudhope’s race looked lost when he trailed China’s Qi Sun after a slow start out of the gates. 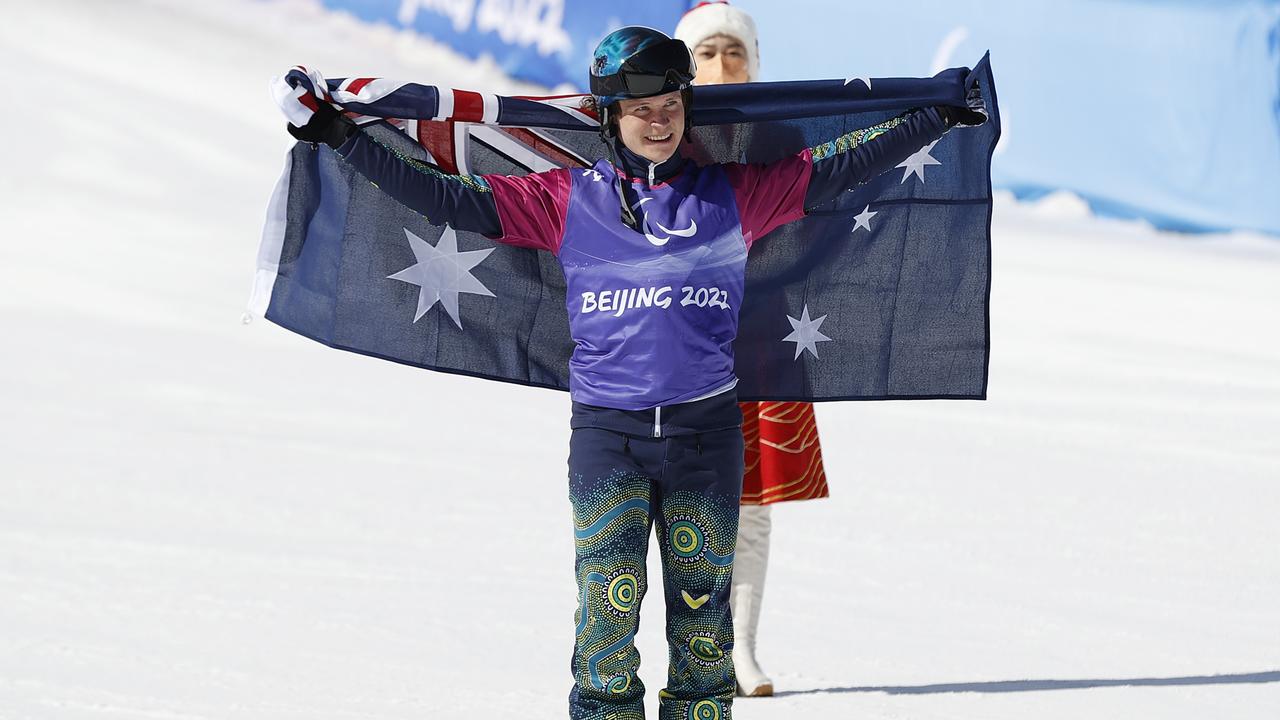 There were plenty of joyous scenes at the finish.

“I honestly thought I was going to end up fourth,” said Tudhope.

“But I pushed and pushed and in that final straight, getting the bronze, it’s unbelievable.”

PyeongChang 2018 champion Suur-Harami made it back-to-back gold medals, leading from start to finish to outpace American Garrett Geros and Tudhope.

All the talk in the build-up centred around the unique multi-national ‘Team Unicorn’ featuring Suur-Harami, Tudhope, and Canadian, Alex Massie.

Massie was earmarked to join his best mates in the Big Final on Monday however finished third in his semi-final to miss the cut.

He stood at the foot of the mountain to cheer on his teammates as they crossed for gold and bronze, before crash tackling the pair in an emotional embrace.

“I’ve got no voice left because coming through those last turns, when (Ben) started to make those moves I was losing it,” Massie said. 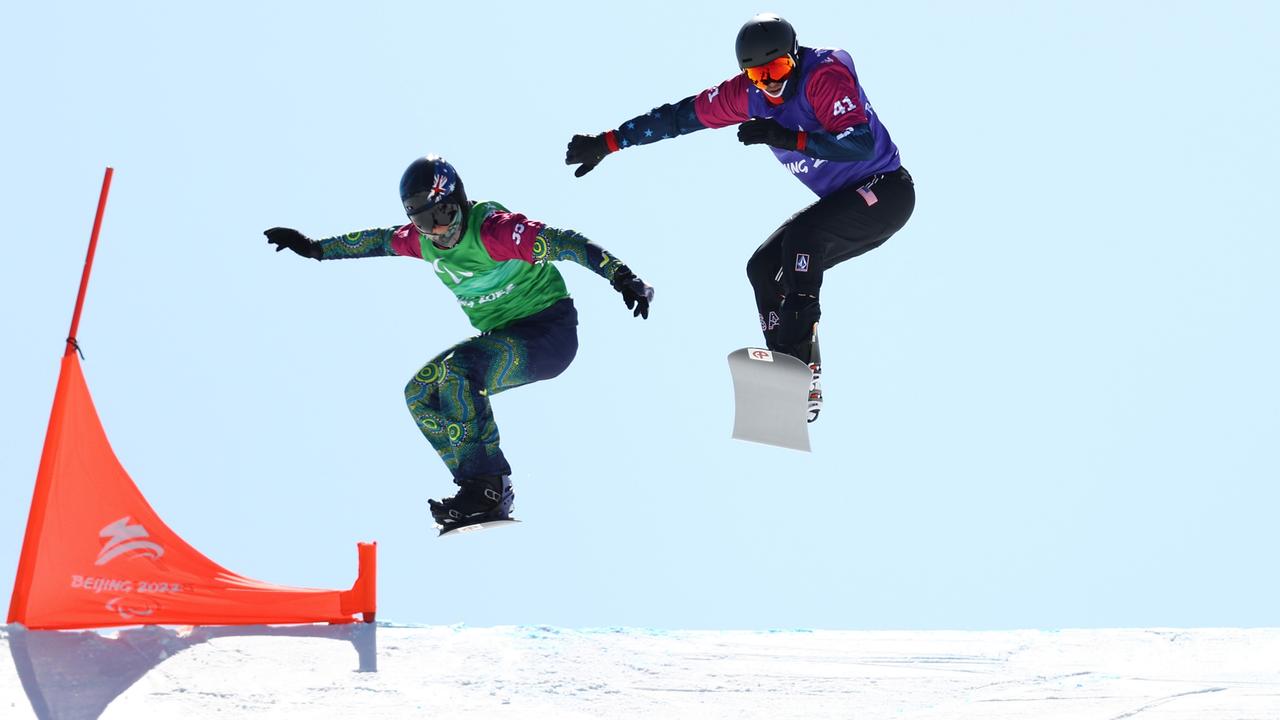 Ben Tudhope (left) goes the aerial route in his semifinal.

“I’ve got a headache from yelling so much. I’m so proud of those boys and all the work we’ve done the past four years. Seeing them on the podium it feels almost as good as being up there myself.

“Tuddy, what a show from him in the finals there. He never gave up, I’m super stoked for the kid.

“Even at the top after the semis I had tears in my eyes, I felt heartbroken, and Tuddy came up to me and said ‘You’ve got one more mate, have a good one and make the best of it’ and I said, ‘Thanks buddy, you go and put one down for me too’.”

Tudhope had made no secret of his motivations ahead of the Beijing Games, speaking at length about two of his great mentors and friends who have since passed away, Aussie Para-snowboarder Matthew Robinson and former coach Mikko Wendelin.

“This medal is for them. This medal is 100 per cent in honour of them, because they’re the ones who drove me to fall in love with the sport,” he said. 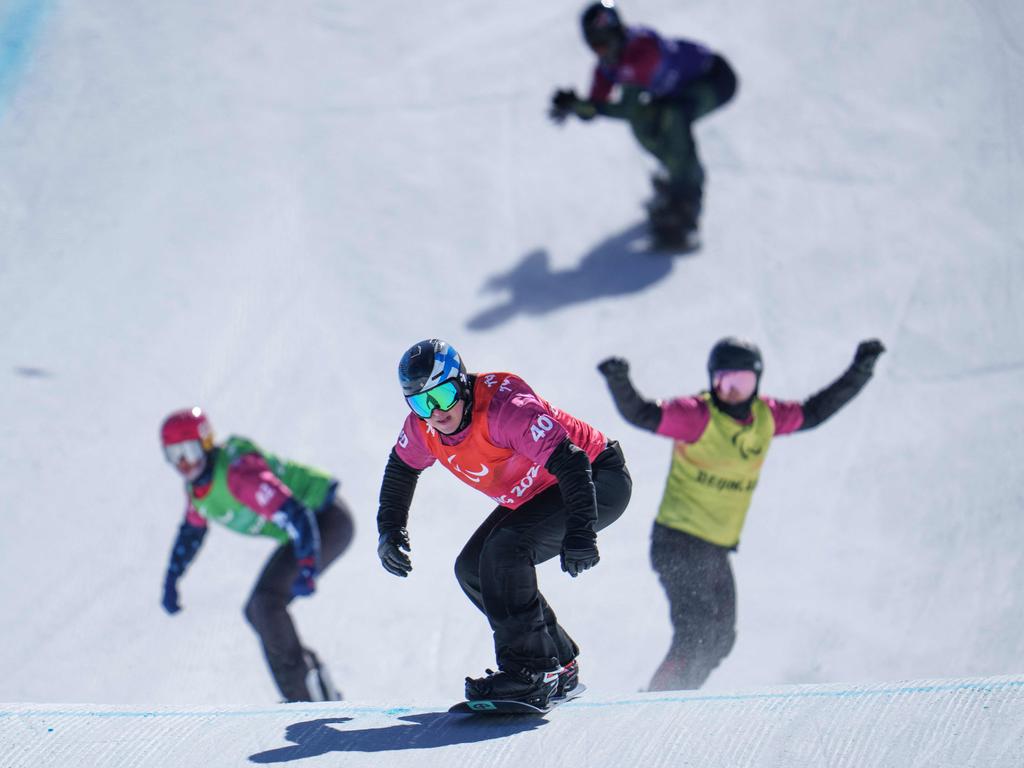 Tudhope (blue) was a long way behind at one stage.

“I know they would be so proud of me where I am today because as a 14-year-old kid, as an 18-year-old kid, I tried my hardest and it didn’t end up the way I wanted but today, I can finally say I’m really proud of my result at the Paralympic Games.”

Following a week marred by government intervention and threats of athlete boycotts that led IPC president Andrew Parsons to call for peace among nations in Beijing, Tudhope and his ‘Team Unicorn’ mates perfectly encapsulated the spirit of the Paralympic Games.

“This team is something else,” he said.

“I know it wasn’t Alex’s day but he just wanted us to get it after he went out and that’s exactly what we do to each other. “To see Matti get the gold as well is incredible. He’s the greatest of all time in our sport and he just cemented that today.”

Tudhope’s attention now turns to the Banked Slalom finals on Saturday but first, he’s going to soak up all the emotion of a well-deserved maiden Paralympic medal.

“To be able to medal for Australia, I still can’t wrap my head around it. It doesn’t feel real yet,” he said.

“To call myself a Paralympic medallist has been a dream of mine since my Paralympic journey started. To do it here, for Australia, and be the first Australian medallist (at the 2022 Games) is incredible.

“Growing up in this sport from 14, 13 years old it wasn’t like I came into it knowing I was a top athlete. I’ve worked my way up and it’s been a really slow process, it’s been a full eight years of grind and determination and so to actually end up a Paralympic medallist …

“I knew it was coming, I definitely knew it was, but to do it here is incredible.”

Originally published as Winter Paralympics: All the action from day four in Beijing as Aussie contingent chases gold 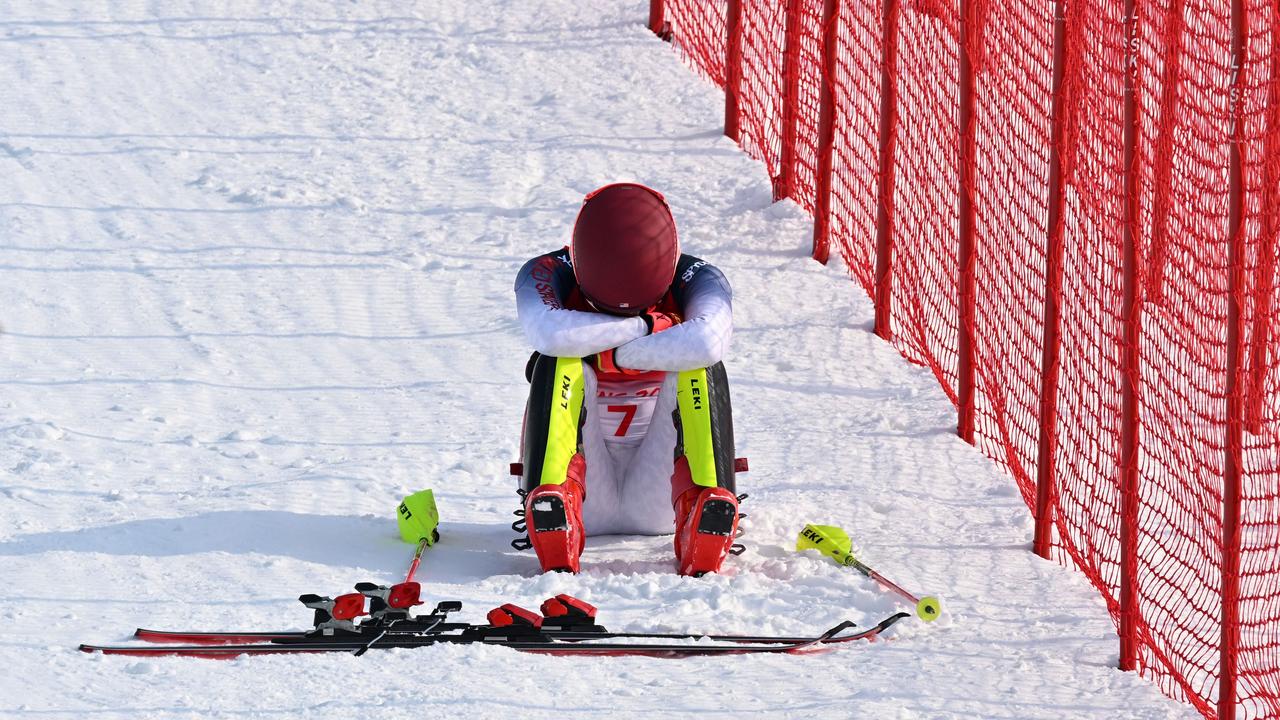 The painful toll of social media for athletes

Instagram and other platforms have become an essential part of athletes’ lives, and their ability to make money. It can also take a direct toll on their health, and even their ability to compete.